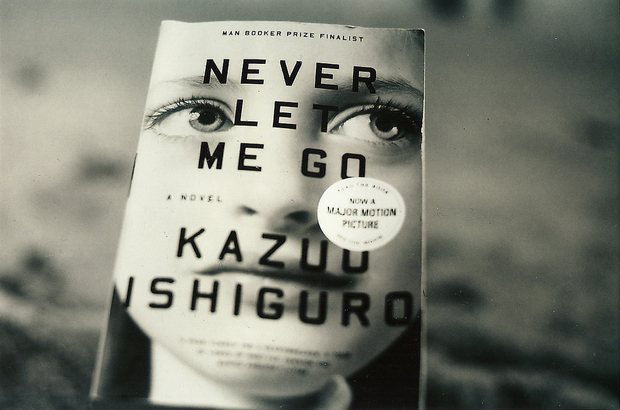 WENDY MIN JI CHOI interrogates the choices for the recipient of the Nobel Prize in Literature over the past two years.

‘So, what’s wrong with Bob Dylan?’

On the morning of October 14th, 2016, my engineer friend and I were sitting at the kitchen table, lazily pouring cereal into our bowls, when she asked me this question. I was still in the process of getting used to this routine of breakfast-at-seven, and simply replied, ‘What?’

‘What’s so bad about Bob Dylan? Why do you guys hate him?’

I should perhaps clarify that by ‘you guys’ she meant people who study English, and ‘bad’ meant ‘unqualified’; and all this was identifiable because she, as I said, was an engineer and didn’t understand what was ‘self-explanatory’ to the people of literature.

‘Pretty obvious, isn’t it,’ I answered, ‘why would she say he’s a great poet, he’s a folk singer. I mean, the actual question of whether singers can be poets aside, it was bound to be controversial.’

By ‘she’, I had meant Sara Danius, the Permanent Secretary of the Swedish Academy, in charge of awarding the Nobel Prize in Literature. Bob Dylan had just won the prestigious prize, and the internet and the media had exploded.

Most likely because he didn’t have the style of Jane Austen and Franz Kafka with a little sprinkle of Marcel Proust — complaint-proof names that the Swedish Academy bedecked Kazuo Ishiguro with more recently. Ishiguro, this year’s winner, had also won several literary awards before, including the Booker Prize and the Whitbread Prize. Dylan didn’t have any of that.

But Danius’ favourite book by this author? The Buried Giant (2015).

Interestingly enough, The Buried Giant is the most disliked of his whole oeuvre. Kazuo Ishiguro had been summoned to interviews and debates since it was published, most of the time to answer why he wrote a fantasy novel. The choice of genre loomed for every reviewer like an itch that demanded scratching — sure, he was known for having a ‘wandering appetite when it comes to genre’, but this book was ‘his strangest yet’, ‘the weirdest, riskiest and most ambitious thing he’s published in his celebrated 33-year career.’ Further to this, established writers of fantasy such as Ursula K. Le Guin questioned whether the book was good enough as a fantasy, responding to Ishiguro’s reluctance to pigeonhole the book as a fantasy novel by commenting that she ‘found reading the book painful. It was like watching a man falling from a high wire while he shouts to the audience, “Are they going say I’m a tight-rope walker?”’ His latest book was a transgression of genre, leaving many readers puzzled about what ‘genre fiction’ and ‘literary fiction’ meant; where should The Buried Giant be placed in a bookstore, the fantasy section or the literature section?

The fact that the awarder mentioned the most genre-debated and understated work of Ishiguro is significant. The stratification of literary value endorsed by critics still very much exists — it is almost uniquely ‘literary fiction’ that makes the ‘annual shortlists of awards’, while ‘most “genre” novels are lucky to get an inch in the back pages of The New York Times Book Review’ (B. R. Myers). It is a trend observable also from Bob Dylan: he disturbs the ossified conventions of what the ‘people of literature’ tout as literary, and therefore, more valuable.

The Buried Giant was not the only book in which Ishiguro crossed over to genre fiction; Never Let Me Go, his other bestseller, was science fiction, and When We Were Orphans a detective novel, in a way that was, to borrow Mark O’Connell’s words, ‘very much so, but also hardly at all’. What Ishiguro was awarded for was not his masterful ability to elaborate the conventions of high literature, but for the consistent world that he had constructed — one of remembering, forgetting and living beyond pain.

Ishiguro, despite what Danius suggests, was not who the world had been expecting. Ngugi wa Thiong’o and Salman Rushdie had been waiting for years on the list, as to had Adunis, Milan Kundera, Javier Marias and Haruki Murakami. People were also wary of predicting anglophone writers; Alex Shephard even organised his list under the headings of: ‘These Americans Definitely Aren’t Going to Win’ and ‘None of These Brits and Irish Are Going To Win Either’. The reason why these predictions are so conscious of nationality owes to the criticisms that the Nobel Prize Committee has received of being biased towards Europe, which statistics show to be not untrue — even with historical consideration.

And nationality and language matter in the same way that genre does in this scope of selection — because the Nobel Prize is considered as the most prestigious award in literature, in the whole world, it hugely influences the conception of literary value — of either certain forms of writing, or of the cultural power of nations. Although the selection of Ishiguro may be conservative in the sense that his work is in English, and that his works are still ‘fiction’, his identity as an immigrant writer and a transnational writer, born in Japan and living as British promises a broadening of such values. And it is in a way that seems to reflect the growing global tendency of literature to abridge the schisms between popular culture and literature (performance poets both rap and publish poetry), and the increasing number of d transnational writers that are no longer quintessentially representative of a single nation.

Unless the literary scene had undergone immense changes over the last year, however, that trend was not enough for Bob Dylan to be readily accepted as a Nobel Prize laureate.

‘But why?’ my friend had asked.

Unsurprisingly, the controversy doesn’t follow Kazuo Ishiguro this year. Yet he still manages to push the boundaries on all sides, albeit timidly. This writer, who in his twenties crossed the American lands with a guitar on his back dreaming to be the next Bob Dylan, is he a compromise on this road to change?