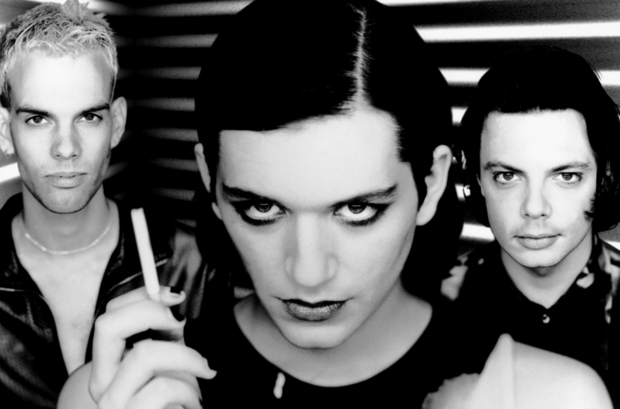 Following the release of their retrospective album A Place For Us to Dream in 2016, cult British band Placebo announced a tour to celebrate their 20 years in the music industry, to the delight of their fans. It has been 20 years since the release of the fifth single from their self-titled debut album, Nancy Boy, which catapulted them to the top of the UK singles chart. But their prominence has not faded with time: the two sold-out dates at Brixton Academy, on 23 and 24 October, are proof of this.

The importance of Placebo lies not only in their recognisable sound, which came at a time when ‘Britpop’ was at its peak, with bands such as Oasis helping to create the cultural atmosphere of the decade, but also in their aesthetic. Brian Molko’s androgynous look made a disruptive entrance into the 90’s british rock scene. By experimenting with obscenities, sexually-ambiguous performances and daring music videos, Placebo stood out and attracted in particular a demographic of angsty teens who could see themselves in their obscure and intense lyrics. Despite their apparently niche sound, they became extremely popular, speaking to all the misfits, the weirdos, the sad kids, but wrapped in a glam aesthetic which could also appeal to a larger audience. Their unique style ultimately caught the attention of David Bowie, who contributed to the 1999 single ‘Without You I’m Nothing’. Placebo were, in a nutshell, able to contribute significantly to the music culture of the last decade, bringing something new to each album, whilst always staying true to their original creative vision.

The extreme excitement of the band’s fans exploded on 24 October, at Brixton Academy, a venue filled with a curious but predictably diverse audience. Those teenagers who fell in love with ‘Pure Morning’ and cried to the sound of ‘I Know’ are now all grown up, accompanied by their partners or their children; some of them seem to have frozen in time, rocking the same ‘scene kids’ look of their adolescence. Surprisingly, there are plenty of  young, new fans, as well as many foreigners, a reminder of how international the success of Placebo has been.

After playing a music video for ‘Every you Every me’, the band finally appear on stage. Following a couple of songs, Molko finally speaks: overwhelmed with gratitude by the audience’s deafening cheering, he has the difficult task of announcing that, due to a vocal loss he suffered earlier in the week, his voice has not completed recovered and some vocals have needed to be changed. Here, Molko addresses those die-hard fans, asking for their help. In fact, one can hear his diminished vocal capability in songs like ‘Loud like Love’ and ‘What it’s Worth’, where he struggles to balance the tracks’ unique vocal tones. But despite these roadblocks, Molko is able to apply himself with such passion and professionalism that the devotion and energy of the audience never dies down.

The set, which mixed fan’s favourites and newer classics, is a definite crowd-pleaser.  ‘Without You I’m Nothing’ is accompanied by unseen footage of David Bowie rehearsing and laughing with Brian Molko,  which is welcomed with adoration by the audience. At the end comes an explosion: ‘Nancy Boy’, which maybe lacked the rawness and rage of their early years, was still able to bring the show to an emotional high.

The finale was probably the most significant moment of the entire night: Placebo have been, to many, the soundtrack to a sometimes-troubled adolescence, accompanying our daily struggles with songs which exude a discomfort and rage which we all have experienced. But in that room, we all were grown-ups looking back at that those sometimes troubling times with a sense of nostalgia. The band no longer have the same presence that they had when they debuted, but they certainly do not sound like a lesser version of themselves — they are now more mature and experienced. For Placebo fans, the band are a part of who they are. And even though their contemporary cultural relevance is not what it once was, their fans (myself included) are still madly in love with their music.