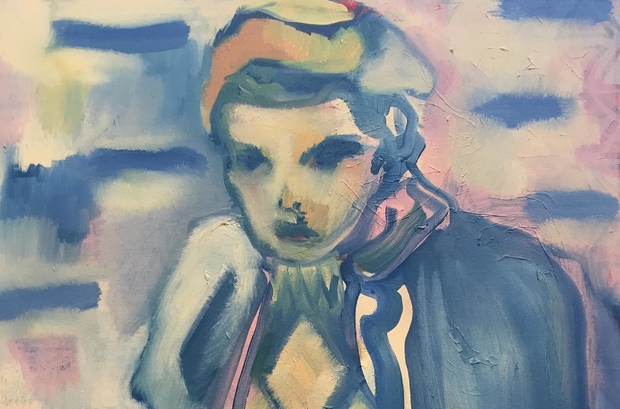 The London Shakespeare Workout (LSW) has run its Prison Project, taking professional actors and drama students into prisons to collaborate with the inmates, not just up and down the UK but all over the world, for over 20 years. Led by Dr Bruce Wall, Shakespearean extraordinaire and co-founder of the LSW charity, the workouts involve a mixture of drama games, vocal exercises and exploration of Shakespeare’s language, with the founding motto ‘to promote confidence through the Will to Dream for ALL’. Under these auspices, along with ten other students from UCL, I was lucky enough to be invited by Bruce to take part in a session inside HMP Pentonville in Islington.

As we were led further and further inside, deep within the building, it felt physically heavy around and on top, like being underwater. It is a testament to the human need for drama, the reflex to play in the multiple senses of the word, that that weight completely lifted once the workout got underway.

The two hour workout saw a plethora of creative forces come together in one place: the guru talent of Bruce himself, the organisational efforts of Educational Consultant Jose Aguiar, the enthusiasm and talent of both the inmates and the students, and of course the genius of William Shakespeare himself, all combined to make something new and special. Also present was artist Gareth Morgan who, because of the prison’s rule against photography, produced a series of sketches and drawings over the course of the session, adding another circle to the multimedia Venn diagram that the Prison Project sits in the middle of.

The LSW also runs the Linked-UP or LUP initiative in prisons, which is even more diversely interdisciplinary: for example, inmates are encouraged to write pieces as well as rehearse performances, and training in filming and editing techniques is also integrated into the programme. Bruce elaborates: ‘There are few things any performing artist can do where they can immediately sense that what they do is of socially critical importance. Participation in LSW’s LUP initiative – an adventure we’ve been privileged to begin to share with gifted UCL students – is just such a beast. It is the very fulfillment of meaningful intersection. Indeed, the only reason I feel the charity I had the great good fortune to co-found in 1997 aside Dame Dorothy Tutin has survived for 20 years is because we’ve consistently sought – and still avidly seek – to celebrate the vital sense of community Shakespeare always engenders.’

This experience of community and of collaboration is surely what theatre is inherently about, and what is in many ways unique about it as a medium. When Peter Brook said that at its most basic level, all that is needed to create the act of theatre is for someone to walk across an empty space whilst someone else watches, he described an act of intersection. Theatre is the connection made in one physical place, there and then, in that meeting of minds. Of course, convening also means the inevitability of separation, but if it’s good drama, we have been changed once we part ways. This is certainly true of the work the LSW does. As Bruce affirms: ‘The very word ‘LUP’, an active verb, means ‘to bring disparate bodies together in hope’. That lives at the very intersection of breath itself.  Its dynamic must work both ways of course. I believe it does.’ Theatre is not a one-way transaction, but a mutual exchange of talent, experience and perspective.

In that ephemeral theatrical meeting that will never happen in quite the same way again, every separate element gels and fits together seamlessly, and feels like it was always meant to be that way. There is something about Shakespeare in particular that is able to unite us, something about it that we find naturally easy to bond over. It is as if it’s always there on a subconscious level, a language we all speak, which just has to be accessed. It is the perfect kind of crossroads to meet at.

I left wondering whether theatre without this dynamic and this social intersection is really theatre at all. This speaks a wider truth about diversity in the drama world as a whole. When we are not making a connection with as many different kinds of people as possible – when it’s the same person, walking across the same empty space, whilst the same someone watches – what’s the point? Prison is often regarded as a place where people are kept separate from society — criminal, other, severed connection — but here, because of the nature of theatre, the community Shakespeare creates, and specifically the continued efforts of Dr Bruce Wall and the London Shakespeare Workout, paths and lives cross where they would otherwise have remained apart from each other. Bruce recalls: ‘At the end of the LUP Tranche at HMP Pentonville one young inmate tapped me on the shoulder saying:  ‘I know why I was sent to prison now. It was to do this.’’