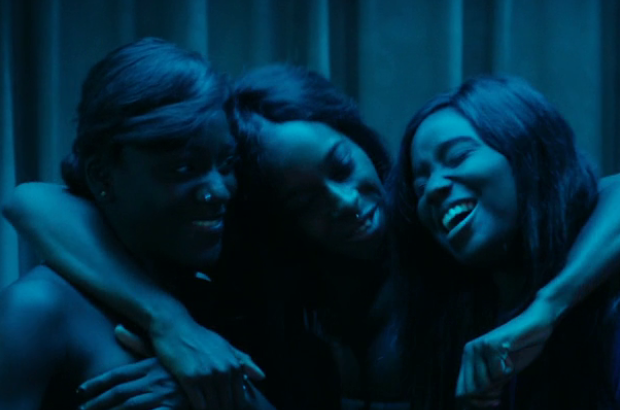 VALERIA ROCCA explores the misrepresentation of teenage girls in cinema.

Since the 1980s, thousands of Hollywood teenage-dramas have exploited the same archetypes and storylines in their portrayal of young women and their interpersonal relationships. One example of the frequent one-dimensional character-building used is the nerdy female protagonist that decides to change her appearance, either to win over her love interest, or to gain approval from her peers. She is often hindered by a more popular and conventionally attractive girl, who antagonises her in order to protect her status. Both characters are usually portrayed by white actresses, while Black girls and Girls of Colour are often relegated to marginalised roles, such as the ‘supportive best friend’ archetype. Some of the most famous examples of ‘teen girl classics’ include films like She’s all that (1999), Clueless (1995) or Mean Girls (2004) – despite their use of cliches and overused tropes. Amid the #Metoo era and the overall spread of Fourth-wave feminism in the media, there has been a focus on the need for more opportunities for women in Hollywood. The hope is that this would translate to more realistic representations of the female experience, especially that of women of colour and Black women, who are notoriously underrepresented in the arts. What still tends to be overlooked, however, is the need for authentic cinematic representations of young women. Due to mere bureaucratic reasons or worries about finding adequately trained young actors, for the longest time, adult women have been  cast as young adults in films.

This practice is prevalent both in television and film, where there is a startling lack of teenage actors. One could think of the recent success of Greta Gerwig’s adaption of Little Women (2019), where adolescent characters are played by actresses in their mid-to-late twenties. A prime example is Florence Pugh, who was 22 years old when she took on the role of 12-year-old Amy. Over the course of the film, Amy transitions from a girl to a woman; however, Gerwig’s choice to infantilize a grown actress in order to portray a child is still unconvincing. Another of Gerwig’s successes, Lady Bird (2017), sees  Saoirse Ronan cast as a high school student in her final year of school. Despite Ronan’s youthful looks, which makes Gerwig’s choice to cast her more convincing,  these examples play into a larger problematic practice in cinema. Seeing these polished and unrealistic representations of teenage-hood on screen could be damaging to all young people, but in particular, to girls. Seeing these beautiful women, who have long overcome the awkwardness of puberty, young girls could feel the need to conform to these unachievable aesthetic standards.  Moreover, casting adult actors in stories about adolescents may lead directors to be more comfortable with creating risque sex scenes, which they might not have been comfortable to write when young actors are involved. The portrayal of teenage sexual experiences often departs from clumsy and insecure exploration, resulting in the sexualisation of mature-looking teenagers. The classic 1999 teen drama Cruel Intentions contains the previously mentioned tropes, with its mix of grotesque sexual deceptions and drug misuse. Therefore, other than a lack of authentic female depictions in films, one can also discern a superficial representation of teenage perspectives.

This problem, however, appears less prevalent when you cast your eyes away from Hollywood. Independent cinema and foreign films often challenge these clichéd stereotypes of teenage femininity. While not focusing specifically on the subject of female adolescence, they have been able to depict a genuine, non-glossy and layered insight into the world of young girls. One example is the Georgian coming-of-age drama In Bloom (2013) by directors Nana Ekvtimishvili and Simon Groß. Set in the Georgian post-Soviet era, it follows the lives of two girls whose friendship will help them overcome the struggles of growing up in a patriarchal  society. The strength of this work definitely lies in the power and charm of the two lead actresses, Lika Babluani and Mariam Bokeria, respectively 14 and 15 years old. The audience watches the two protagonists’ innocence being slowly stripped away, as the girls face insurmountable challenges, imposed by their patriarchal surroundings. Their unmistakably youthful  looks make it even more staggering to see their youth forcefully consumed away. Their friendship quietly shifts through the corners of their dysfunctional families and violent events, at points seemingly powerless, at points a silent anchor.

Another film that sets out to explore the experiences of teenage girls in an often misrepresented area is Girlhood (2014) by Celine Sciamma. The French director wanted to create a work that could represent the experiences of groups of girls in the outskirts of Paris. A connection can be drawn to the modern classic La Haine (1995), which also explores the lives of disenfranchised young people in the Parisian banlieue, but in an all-male and testosterone-fuelled version. Sciamma only casted young, unknown Black actresses, whom she scouted in shopping malls and on the street. Despite the clear problems that arise when a story of young, Black, working class women is being told through a white, middle-class feminist’s gaze, Girlhood could still be seen as a starting point for a more authentic depction of teenage girls. Not only does it succeed  in creating a cast of all young, brilliant Black girls, which all shape the film with their luminosity and authenticity, but the film also successfully draws on some topics that are universal to the teenage experience. We accompany the protagonist Marieme (Karidja Touré) from being a quiet and gentle young girl to her self-assertion in a new group of strong, independent girlfriends. Through the experience of unity she is able to speak up and explore her own complexities and the ones of others, finally paving her way to adulthood. The camaraderie among the girls gives the film an honest and authentic air. This is conveyed both in the carefree, cheerful expressions of teenage lightheartedness and in the more violent scenes, for example when Marieme engages in a street fight to defend her friend. Despite its strengths, Girlhood still remains imperfect. In an attempt to universalise the experiences of the French Black youth Sciamma often misses out the peculiarities and complexities of teenagehood, occasionally falling back onto stereotypes.  In fact, Marieme is portrayed as a ‘doomed Black girl from the outskirts’ whose only prospects for life are to either become a cleaner (like her mother) or to deal drugs. Her destiny seems inevitable and other possibilities are not offered. This plays into existing stereotypes about the banlieue, which are not adequately explored in order to  provide at least some social commentary. Instead, they are merely painted as a source of tragic fascination and drama.

Despite this, Girlhood is an example of how it is not only  possible to represent young women and female friendship in new authentic ways, but of how industries all over the world could only  be enriched by the presence of young Black talent. This should also prompt more inclusion behind the camera, by giving the opportunity to more Black and POC directors, screenwriters, producers and crew members to tell their own stories, especially women. Both In Bloom and Girlhood are non-conforming works which shift away from stereotypes and easy-to-digest storylines. And even though the strive for realism does not always give a completely successful result (as in the case of Girlhood) it still  shows how easily miscasting could be avoided. Shedding  light on misrepresentations of young girls in films is only a fraction of the work that needs to be done, but it is an important first step.