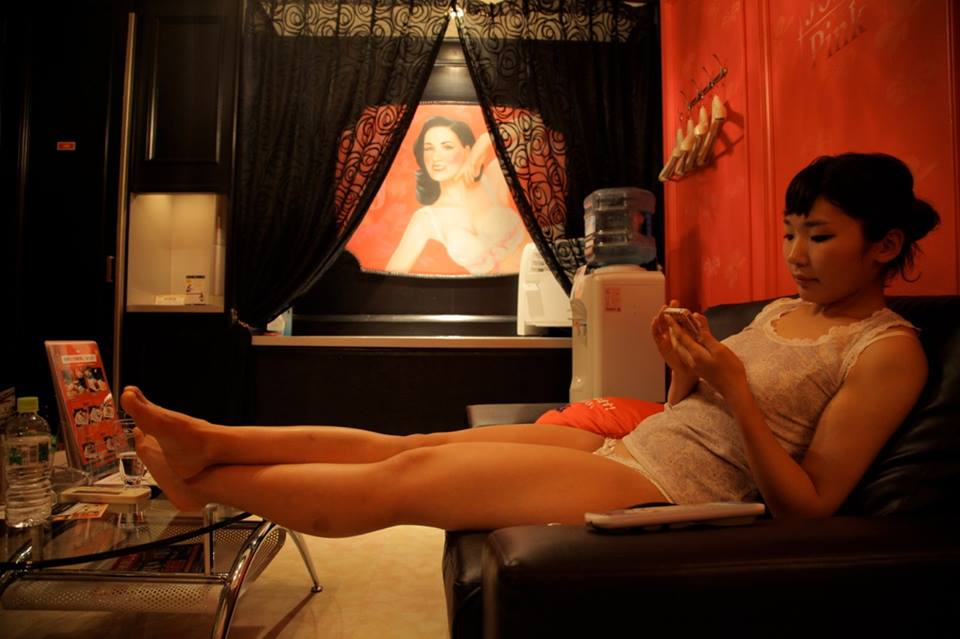 Halfway through Love Hotel, Manager Ozawa of the Angelo Love Hotel in Osaka, Japan, has a frank admission to make about his establishment: “It’s a place where one can witness the truth.”

Truth, indeed, is what documentarians Phil Cox & Hikaru Toda endeavour and, for the most part, succeed in showing us in their brief yet deeply personal exploration of the Japanese love hotel. The concept of a love hotel really requires little further explanation; you turn up, pay for a room, and bring along whomever you so please. Just like a real hotel, except with themed rooms and condom-to-door delivery services. As such, the hotel’s clientele provides the filmmakers with a rich tapestry of stories and characters, all searching for new experiences within the comfort of the hotel’s reserved judgement, which they seldom find domestically.

With both their words and their bodies, many of those featured are disarmingly open and honest. For a nation whose global stereotype is formal or demure, the frankness of many of the film’s subjects goes a long way to dispel this myth and shock the audience; an escape from the frowning gaze of the domestic sphere is highlighted as part of the hotels’ attraction for young people. Indeed, escapism functions as the film’s key theme; Riku, the dominatrix, is quick to point out that “in Japan everyone is trapped inside themselves.” These love hotels, certainly on the film’s evidence, provide a comfortable space of expression for younger Japanese people.

Furthermore, the hotels boast far more than a cult following; there are 37,000 in the country, with an estimated 2.8 million people visiting them daily. Yet the film, with its backing from the BBC and France 2, is aimed at a primarily Western audience. As such, it feels that while it asks interesting questions, sometimes they are not necessarily the right ones. The forms of escapism that manifest themselves within the love hotel culture are intriguing, but for a film that does not assume great prior knowledge of the Japanese socio-cultural climate, it would be prescient to delve a little more into the reasons behind the need for escape. What’s more, there is no shortage of material in this respect; sadomasochism is a common practice in the hotel, but is not afforded the time to be explored as a deeper cultural phenomenon.

We are also reminded at regular intervals of the Japanese government’s attempts to crack down on the love hotel industry, but the reasons behind it are never revealed, leaving a newcomer to the world of the love hotel feeling a little uninformed. This is a shame; the film’s most tender moments are some of the most personal and powerful to be witnessed through the documentary camera, and the popularity of the hotels themselves is doubtless borne out of years of traceable Japanese history. However, without ever really pushing to answer these questions, the film fails to reach the lofty heights another half hour of exploration could achieve.

Love Hotel will be screened, proceeded by a Q&A with directors Phil Cox and Hikaru Toda. To book tickets to DocHouse’s screening of Love Hotel please click HERE