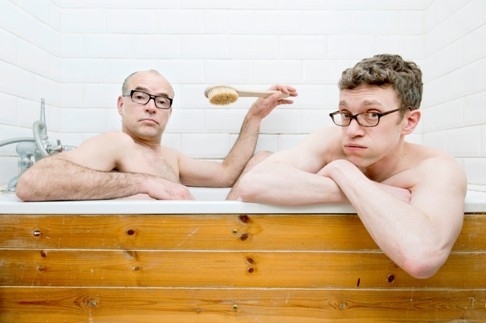 Before the show, I was informed via its trailer that Wingman is ‘one of those comedies with a death in scene one’. Ah yes – I thought – one of those.

The description was an aptly satirical precursor to the 75-minute deluge of Richard Marsh’s dark English humour. Richard plays a son to an estranged Dad, Jerome Wright, as both fight to win at life’s cruel games, such as grieving, childcare, and getting a foul-mouthed Welsh woman called Brigitte to fancy you.

Wingman thrusts its audience into socially awkward realism. The wry humour of which, after an initial five minutes of uncomfortably furrowed eyebrows, (is this funny or just really weird?), seduces its audience and ultimately defines this unique show. 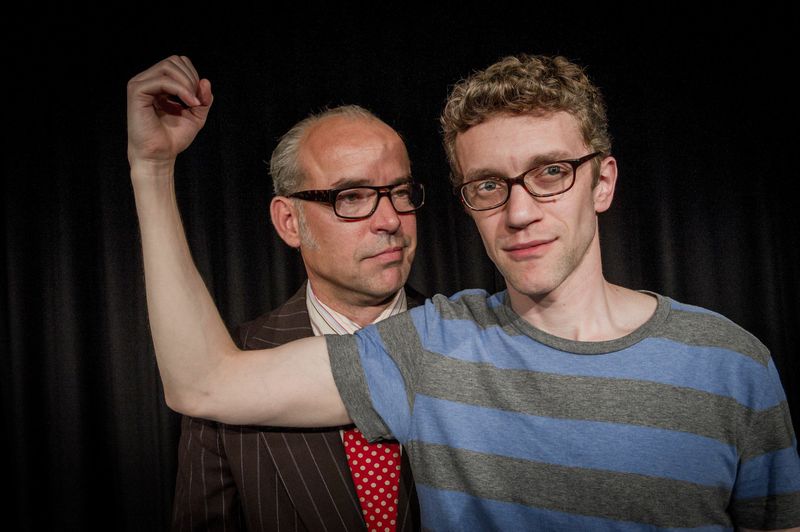 The play’s trigger is Mum dying of cancer (fondly known as The Bastard). She then oversees the turbulent relationship of her ex-husband and devoted son in urn form, including nearly being fed to her grandson. Bit awkward.

Richard Marsh’s verbal gymnastics are outstanding; the script a tragi-comical artwork. Delicate themes such as ageing (‘old… face like a massive gormless walnut’) and sex (getting jiggy) are addressed. Furthermore the play is inherently inquisitive about the fundamental purpose of individual human existence, with questions such as ‘what the fucking fuck are you fucking doing?’.

Marsh has formulated a new kind of humour, a humour sympathetic to the poetical linguistics professor, the laughing-stitch-seeker and the emotionally invested.