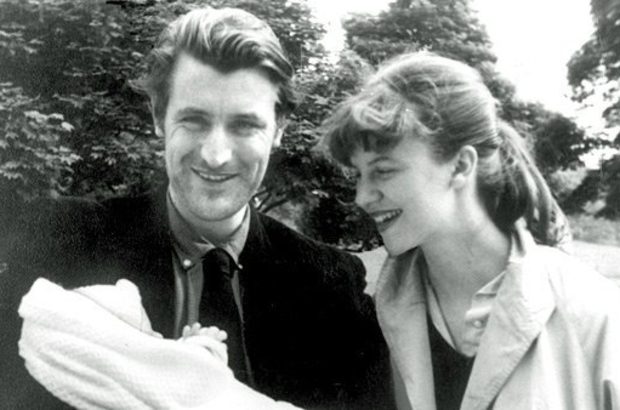 Sylvia Plath remains one of the most prolific poets in American literature, renowned for her lyrical genius as well as her tormented adolescence and an even more unsettling adulthood. Like any other art, poetry can be a cathartic tool in the process of self-understanding, and Plath uses it to explore her own internal suffering. ‘A Mad Girl’s Love Song’, written in 1951 and following her semi-autobiographical novel, The Bell Jar, discusses the muddling of Plath’s often painful experiences of love and mental health issues. While the novel focuses on the degradation of the protagonist’s mental state, the poem comes as the quintessential expression of the interior predicament, focusing on a young girl’s experience of the first thrills of love. Torn between reality and disillusionment at the loss of her lover, her initial passion unfolds as a traumatic and almost neurotic experience, leaving her in a sorrowful and ambivalent condition after he has left her. She is disenchanted at the thought of love, seemingly devoid of hope, yet her tormented with incomprehensible sensations. It is important to look into Plath’s personal background to understand her work, as it serves as a primary inspirational source.

Plath’s high-school years at Smith College in Massachusetts proved to be both a blessing and a curse. As an editor for The Smith Review and later for Mademoiselle magazine, Plath’s literary prospects were in full bloom, but so was her depressive state of mind. Her college life became increasingly insufferable due to her mental health issues. These were the years that established Plath as a confessional poet; her work broke through the previous tradition of a depersonalised and intellectual style of poetry belonging to the 1920s and 1930s, pioneered by figures such as T. S. Eliot or W. H. Auden. Plath’s verses descend into the abyss of agony and highlight the perpetual clamour and terrifying undercurrent that tortured her. She depicts a world of menacing madness. As a resort for her pain, writing became a source of emotional refuge.

Her love life during college and her later marriage to Ted Hughes was characterised by a state of confusion and insecurity and Plath transfers these aspects of her life in her work. In ‘A Mad Girl’s Love Song’ she illustrates her emotions in every stanza through an apt choice of words ‘I dreamed that you bewitched me into bed / And sung me moon-struck, kissed me quite insane’. Words from the semantic field of the sky and earth are frequent. The poet’s heartache strives for understanding, seeking acknowledgement and confirmation of its authenticity. She attempts to cause a kind of tumult in the nature and order of her surroundings to find relief. Plath parallels the outer world with her interior state of mind in the line ‘the stars go waltzing out in blue and red’. The poet is confused, lingering between the ardour of love and the sorrowfulness following their separation. She pursues a self-centred, one-sided attitude towards the world, asserting that when she dies ‘the world drops dead’. This suggests that the universe ends once she is gone, leaving behind an existential void. Love is a tragic encounter between a lover and one’s own internal struggle; one must find a balance between oneself and their lover but can rarely achieve the perfect balance without some damage.

The formal structure of the poem also contributes to the message. Written in the form of a villanelle – a 19-line poem consisting of five tercets followed by a quatrain – it has elements of musicality: repeating verses resembling a chorus, inverted commas at the beginning. These reflect the inner restlessness and mental chaos Plath felt. The poem could easily be a song, full of melancholy and despair. Following the disappointment caused by love not turning out as expected, the feeling that her lover will never come back becomes the central creed of her agony, demonstrated by ‘I think I made you up inside my head’. Plath evokes a degree of Cartesian doubt through the presence of and emphasis on the lingering atmosphere – she is not sure if her experience is real or not and this leads to a sense of delusion and immersion in misery. From the beginning to the end we are carried further and further into an emotional state that becomes modus vivendi (‘a way of life’). This condition of doubt and confusion remains ingrained in her existence.

Plath’s poem lyrically reflects the inner conflict caused by a young girl’s unreturned love. Sharp, incessant and frightful, her anguish uses poetry as a form of escapism. There is no fixed end to her pain, only an alleviation of its tensions: the inner unrest contrasts with the composed manner in which the poem is written. Despite her despair, Plath manages to keep a calm and well-designed structure, giving the impression that she is in control of her feelings. The dichotomy of ‘odi et amo’ (‘I hate you and I love you’) becomes the crux of the poem, as she is still in love but the pain suffered makes her have second thoughts of falling in love again. Just as Catullus portrays his love for Lesbia as a binary of opposite feelings in Poem 85, Plath expresses her sentiments in a similar manner, driven by the confusion produced by love.