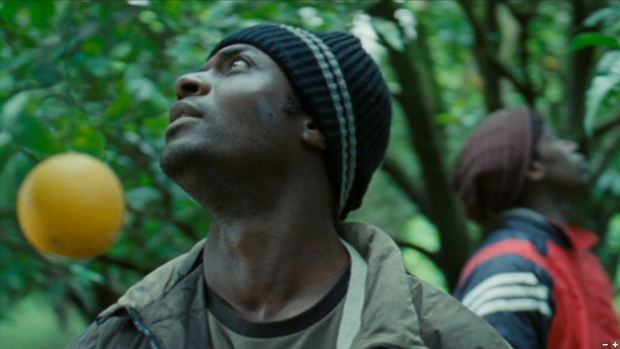 Jonas Carpignano’s Mediterranea tells the story of two African migrants who aim to travel to the West from their homeland, Burkina Faso. As a student, any film about freedom appeals to my predictably left-wing agenda. Yet Mediterranea manages to rise one step above a simplistic liberal narrative, never enforcing a tone of grittiness or hardship.

Unlike the media’s portrayal of migrants, Mediterrenea flips the perspective and invites the audience to consider the migrants as victims, rather than a ‘swarm’. This tone of ‘equality’ – that ‘we’re all in the same boat really’ – is an obvious and rather uncontroversial direction to take the film in; yet somehow this tonal position is one never convincingly voiced within our society. The impoverished are too often presented as somehow distant from our middle-class comfort zones. But Mediterranea attempts to achieve equality. The hardships that migrants go through – illegal work, the threat of deportation and prostitution – are similarly outside of their comfort zones, and as transgressions of moral codes they are just as significant in ‘their’ circles as in ‘ours’.

Mediterranea effectively mocks the ‘us’ vs ‘them’ mentality, though the economic divides within the film reinforce a harsher reality. For me this is the film’s main achievement: Carpignano humanises his characters not through scenes of anguish or torture, but through relatable scenes of family life. Carpignano does not glamourise scenes of banality or scenes of action so as to capture the flow of normal life. This has the effect of placing turmoil into much sharper relief. The film therefore becomes a study of what anybody – including you and I, implied non-refugees – would do in such unthinkable and extreme circumstances. Nobody plays the role of refugee and nobody is hardened into a stereotype.

This is primarily accomplished through the acting. Koudous Seihon’s portrayal of Ayiva, in particular, expertly mirrors what I take the film’s message to be: to prove the downtrodden of society to be exactly the same as everybody else. It’s a simple message, but one only convincingly proven with Seihon’s work. The cinematography, too, offers respect and complexity to those rarely given a voice.

The film is not entirely successful. In scenes when the migrants work as orange-pickers for rich white families, the obvious comparison to American slave plantations falls flat as a political statement. Though this is slightly nuanced by the patronising white ‘saviours’, who exchange their time and money for the assumed respect of the migrants, it feels like a departure from the more realistic tone of the film. But such pitfalls are far and few between, and what remains is a complex and thoughtful tribute to a people too busy with their own traumas to organise their own message.

‘Mediterranea’ was shown at the Human Rights Watch Film Festival from 9-18th March. More information about the festival can be found here.