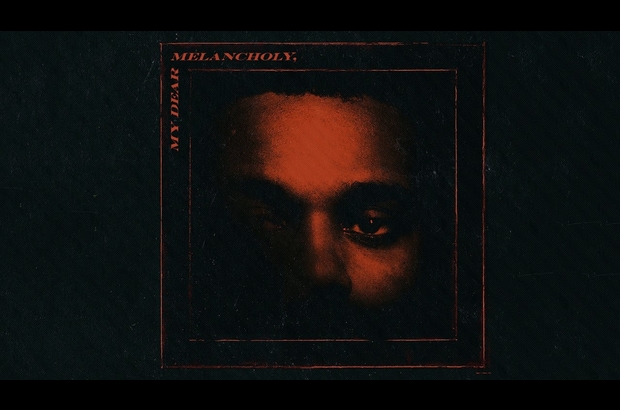 Until My Dear Melancholy, Abel Tesfaye (known by his stage name, The Weeknd) had not released an album since 2016’s double-platinum Starboy. This Grammy-winning album, that thrust him into the spotlight, marked a major shift in the tone of his music – a move away from the ‘dark’ Tesfaye. This darkness is characteristic of his older works like his compilation album Trilogy and his debut album Kiss Land. These were full of moody instrumentals and lyrics about drugs, girls and emptiness, delivered with an unexpected emotional intensity. He created a world of paradoxes for his fans to devour. Moving towards more upbeat and formulaic music with gentler lyrics, The Weeknd shaped his subsequent music to appeal to a wider audience. So when Travis Scott tweeted about this new project sounding like his older music, I was intrigued.

The EP opens with ‘Call Out My Name’, the project’s most popular track. Produced by Frank Dukes, it sets the tone for the rest of the tracklist, in terms of both instrumental and lyrical content. Starting off with an airy piano reminiscent of his Trilogy hits such as ‘What You Need’, Tesfaye croons about trust issues and betrayal. While these are subjects he is no stranger to, his transparency in dealing with them is new. ‘I said I didn’t feel nothing baby, but I lied’, he sings in the second verse: though he is addressing his former lover, this line ironically also applies to the subtle change in the subject matter of his works. In Trilogy and Kiss Land he denied his emotions, whereas, in My Dear Melancholy, he not only accepts but indulges in his feelings. For instance, in the closing track, ‘Privilege’, he openly admits to being emotionally invested in someone, singing ‘I don’t wanna hear that you were suffering, ‘cause I held you down when you were suffering.’ For the first time, The Weeknd departs from his original ‘cold-hearted’ image.

Despite this massive change, the project remains grounded in the artist’s musical conventions. The two songs in collaboration with Gesaffelstein, the only feature on this EP, see Tesfaye building on his fascination with the French electro-pop sound, previously explored in his remix of Kavinsky’s ‘Odd Look’. The fourth track, ‘I Was Never There’, marks the comeback of muffled and distorted vocals for dramatic effect, long instrumental interludes to allow the listener to soak in the lyrics, and mid-song beat switches. In the first half of the song, The Weeknd refers to himself in the third person, an old habit from tracks such as ‘Valerie’, and switches to the first person with the change in instrumentals, giving the listeners an insight into his life from different perspectives.

This does not mean that he has resorted to plagiarising his own work, stuck in nostalgia. Along with the increased sincerity in his lyrics, he continues to make his music more relatable to a wider audience. In ‘Hurt You’, he maintains the pop precedent he set with Starboy in the form of repetitive and catchy verses with upbeat instrumentals and melodies. This sound shares elements with ‘Pray For Me’, his track featuring Kendrick Lamar from the Black Panther soundtrack, with similar, repetitive melodies. ‘Wasted Times’ also provides lyrics that are generic, fun and Instagram-caption-worthy with ‘I ain’t got no business catching feelings.’ He has created music that appeals to a large number of people.

With My Dear Melancholy, The Weeknd struck a fine balance between old and new, paying homage to his origins while being dynamic with new sounds. He took signature elements of his music and placed them in the context of his new-found fame and stardom. It is, at the surface, a compilation of break up songs that are cheesy and self-pitying at times. But these songs have emotive and complex vocals, with instrumentals that are just the right combination of innovative and catchy and lyrics that are universally relatable. It is The Weeknd being The Weeknd, with an added twist.

My Dear Melancholy was released by Republic Records and XO on 30th March 2018.