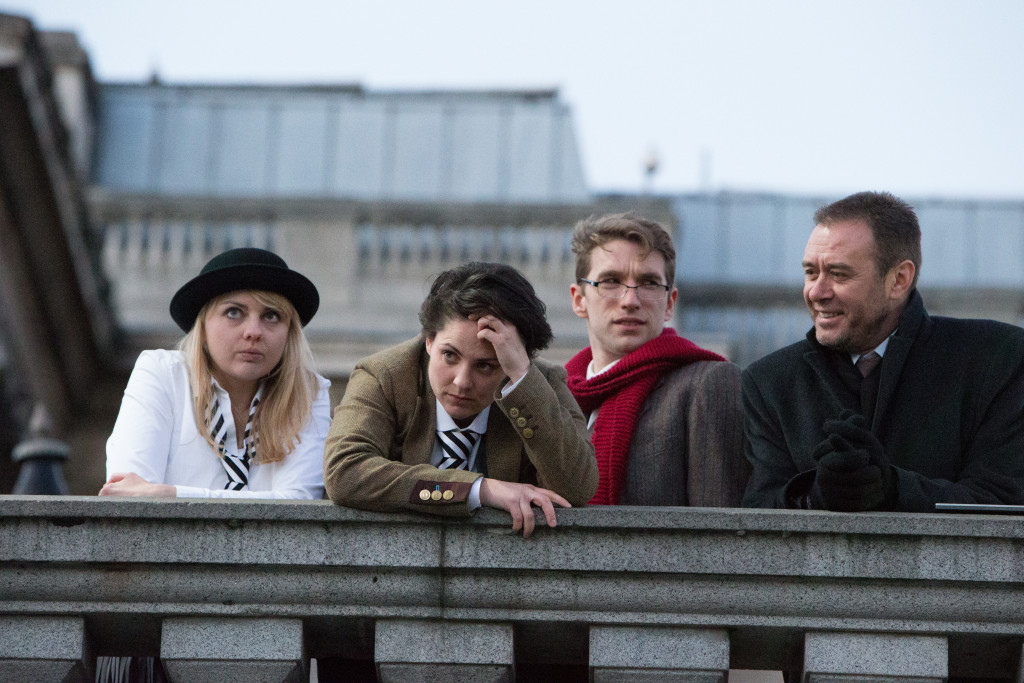 The kind of emotional turmoil in which ‘Hamlet’ engages you should be completely exhausting. The immersion into a world of deceit, supernatural imperatives, madness and murder skewer your own sense of self and the world: you should leave the theatre feeling a little light-headed and requiring a strong drink.

The Cockpit’s production of ‘Hamlet’ did none of these things. In fact, I was more frustrated and annoyed, than exhausted.

It was not an entirely difficult performance to watch. The acting was good, veering about with energy and pace that other productions can only dream of. The play-within-a-play scene was brilliantly done; it was a fun, clear and innovative use of the text. The small cast played well off each other, and I was very impressed by Nina Bright, whose Ophelia was a mixture of combative and yielding, snarky and tortured. Also notable was Charlotte Ellen’s Rosencrantz, affecting a childish and sharp persona that fit in well with the schoolroom setting. Overall it was pleasant to watch, but there is “something rotten in the state of Denmark” when good acting is coupled with bad direction. 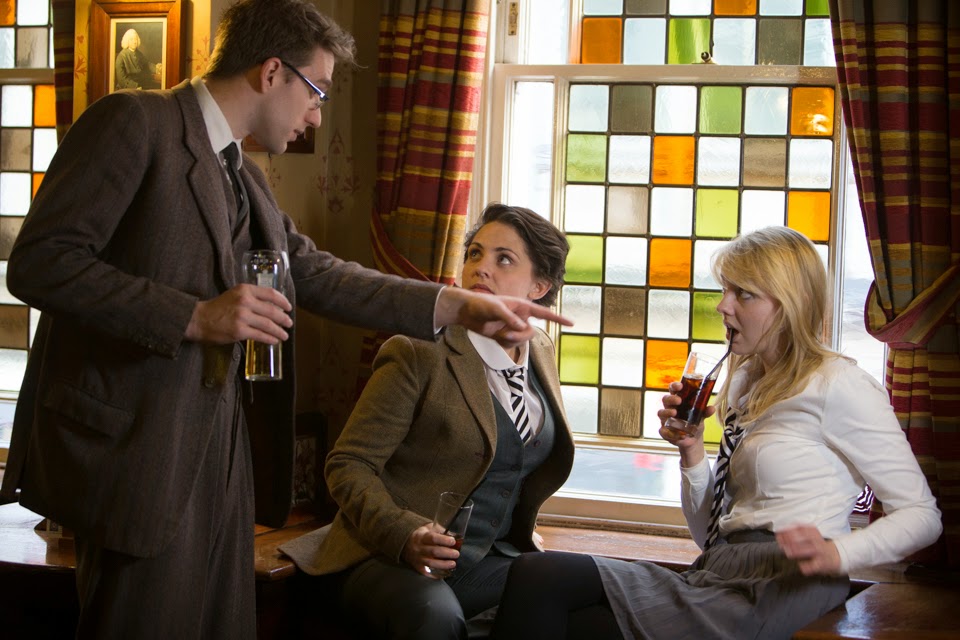 The entire play seemed to hinge on the gimmick of a female Hamlet (Rachel Waring). I have nothing against gender-blind casting, but the decision to cast her did little to add anything to the play, and in fact, detracted from the play’s value. She came off as shrewish rather than distressed, without the pathos required to invite my empathy. The possibility of an intriguing lesbian relationship between her and Ophelia was not picked up on. The possibilities that a female Hamlet presented was, in my opinion, wasted.

This was not at all helped by the decision to stage the play in a classroom setting, coupled with the decision to leave in the royal hierarchy: it is a strange thing, really, to see a school master (David Alywyn playing Horatio) calling his student “my lord”. Claudius (Jon House) and Gertrude (Helen Bang) tower conspicuously over their charge, giving the illusion of condescension rather than ignorance and misinterpretation. The set—a group white IKEA tables— whilst refreshing and allowing for interesting levels, robbed the play of its examination of spying and eavesdropping.

It is the rule of thumb that when a play is adapted that a sense of the original is kept, especially when it is a play as well known as ‘Hamlet.’ This production, while valiant, failed to keep this sense. Yes, we are warned in advance that this is a play with no equivocation of Hamlet’s vengeance, which is why it was at all possible to condense it into 90 minutes. Yet without this layer of questioning, self-doubt, and self-recrimination, how can we appreciate Hamlet at all? We clearly see Hamlet overhearing Polonius’s (Oliver Hume) plan to spy on him; his murder becomes methodical and premeditated rather than one of madness and mistake. The ghost is gone; we have no doubt then that Hamlet is not mad, so why is she still acting as such?

The audience, in the face of Hamlet’s unbounded rage and unswerving thirst for vengeance, is kept at arm’s length; we are never drawn in to sympathise with Hamlet, and without sympathy, why would we care at all about the play? The production loses the sense of the self-loss and grief, which overflows from Hamlet’s interior into the real-world as murderous intent. You’re left with the feeling of having watched a very long temper tantrum, feeling kind of sorry for Gertrude and Claudius for having to deal with a knife-wielding teenager, and just glad that it’s all ended in 90 minutes.

‘Hamlet’ will be showing at the Cockpit Theatre until the 15th of March 2015, for more tickets and information,  please click here: (http://www.thecockpit.org.uk/show/hamlet_0)

Images credited to the Cockpit Theatre.