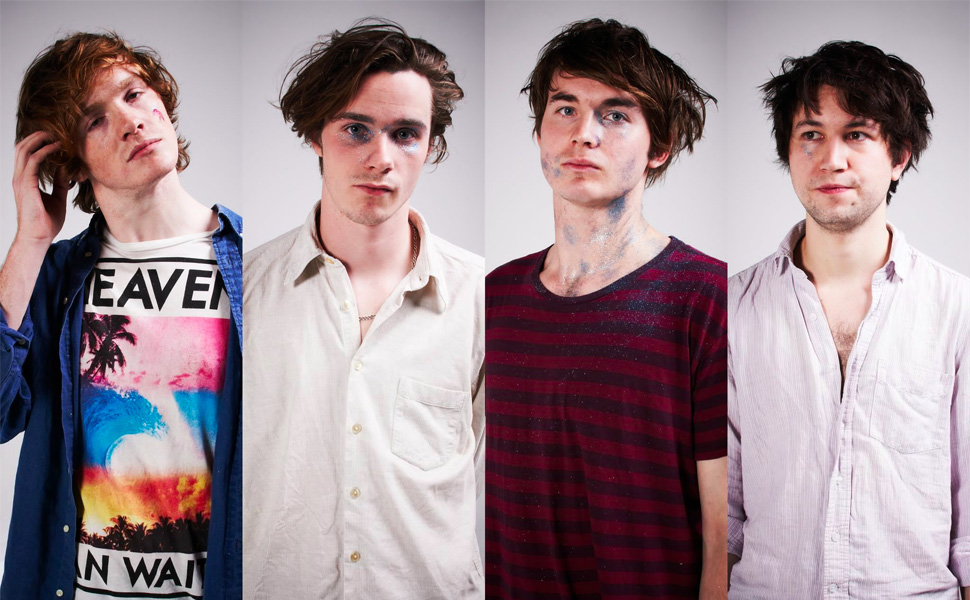 “I’m banging my head on the ceiling” is certainly an apt lyric to describe the Sebright Arms, an unassuming backstreet dive that was tonight being heralded as one of Rough Trade’s best independent live music venues. Anyone in search of a quiet Saturday night had come to the wrong place.

Palma Violets weren’t messing around as they launched their relentless set with ‘Rattlesnake Highway’. Long awaited new material came in the form of their second track, ‘On the Beach’, which was met by clamors of approval, not least from the unashamedly underage fan-girls singing along in choreographed fashion. The single is reminiscent of the band’s frequently cited inspiration, The Clash, and if it is anything to go by, it foreshadows what will be a rousing second album.

The Lambeth lads catch their breath with the paced down ‘All of the Garden Birds’, sending a ripple of swaying and stranger hugging into the crowd on the lyric, “all you need is love”. The head banging brought on by the sweaty riffs and pregnant pauses of ‘Tom the Drum’, however, soon breaks this up. Whilst Palma Violets delivered nothing less than expected of their performance, there was an air of urgency as they sped through selected tracks from their debut album 180 as well as un-introduced new singles. Whilst their formula continues to prove popular with their die-hard fans, the band runs the risk of becoming repetitive as their lack of interaction with the crowd and the subsequent amalgam of noise leave no single moment of the night particularly memorable.

Most disappointing of all was that the same front-row fans that had been so willing to storm the stage and risk a bloody nose in the mosh-pit for their idols soon became bored after the band exited the stage. Thereafter the crowd quickly dispersed, tranquility befell the basement once again and it was obvious that the band had been dissuaded from returning for an encore. One got the sense that the night ended prematurely and could have been so much more, if only the crowd had kept their feet stuck to the dance floor just that one bit longer.