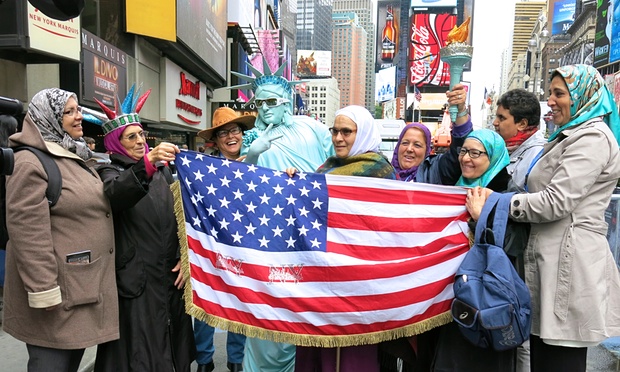 Hadja Lahbib’s Patience, Patience is a heart-warming documentary that follows the lives of seven Muslim women who, along with thousands of other Maghrebs in the 1960s, migrated from North Africa to Belgium in search of a better life. Their experiences are shaped by the challenges they faced while emigrating across continents and they are constantly grappling with the cultural expectations associated with being a woman: their voices, too often, left unheard in society.

Narrated by Mina, a 62 year old Moroccan widow who has lost her lust for life, the film’s strong narrative of hope unites her with six other women to embark on a journey of self-realisation and independence. Mina lives alone in her small apartment in Brussels with nothing to occupy a time; she cannot read or write. But then she encounters Tata Milouda, a slam poet whose exuberant personality and warmth captivates audiences and who utilises her platform to speak out publicly against domestic violence.

Milouda’s story and suffering are handled in a way that is both sensitive and deeply moving, and her resilience acts as a driving force for other women, including Mina, to find their own personal strength and freedom. Together with Milouda and a group of friends, Mina learns to read and write, goes to computer classes and even visits New York. It is a refreshingly dynamic depiction of women who refuse to be confined by their circumstances.

Endearing scenes of the friendship and solidarity forming between the friends give the film a light-hearted tone, whilst still tackling the underlying theme of gender inequality. The silent determination of Mina and the others to learn how to read and write, to travel and to experience the world comes together to create an uplifting film with a profound sense of humanity.

Director Lahbib sheds light on a community overlooked by the rest of society and in doing so she is able to confront stereotypes associated with gender, religion and race. In a climate where Muslims are under scrutiny in the media and immigrants are met with ever-increasing suspicion, it is an aptly timed film that paints a gentle portrait of the individuals involved.

Patience, Patience is powerful in that it encourages us to question our own stigmas. It forces us to acknowledge the continual struggle for women to attain equality in the East and West alike. It helps us to detach ourselves from culturally isolating rhetoric that propagates an “us and them” mentality. Instead, we share in the enthusiasm and joy of this group of older women whose courage and willpower allows them to take control of their lives.