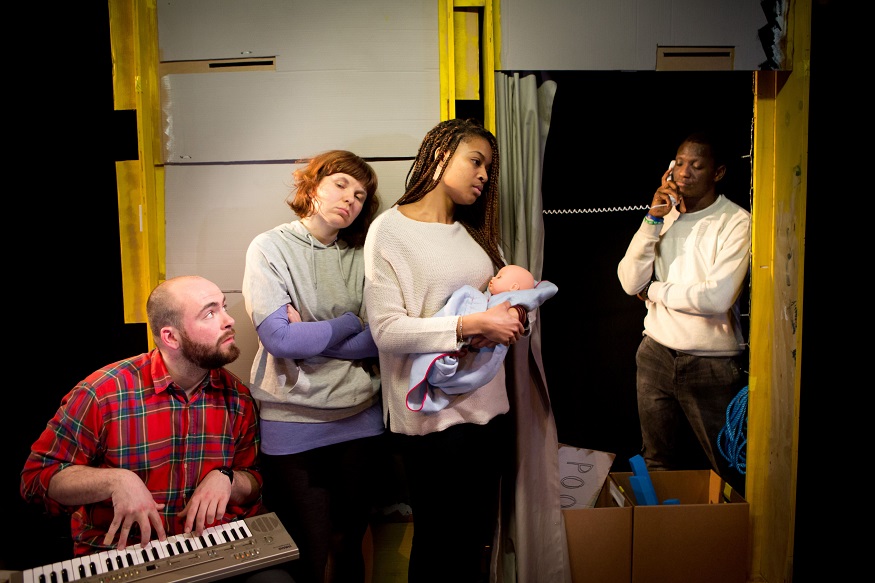 Not a day goes by without yet another click-bait shocker doing the rounds on social media on the latest £800pm bed-in-a-cupboard in Edgware. With the average London house price hitting half a million and the voting down of a minor amendment to the Housing Bill by 312 MPs (73 of whom are private landlords) last week; which, if passed, would have made residential landlords responsible for ensuring their properties are ‘fit for human habitation’, it’s unsurprising that Londoners are responding. Nowhere is this more apparent than in Camden People’s Theatre newly launched ‘Whose London Is It Anyway?’, a festival examining gentrification, the housing crisis and the changing face of London.

Directed by CPT’s Artistic Director Brian Logan, ‘This is Private Property’ gets to grips with the issues of housing that many people are now experiencing in London. These problems range from finding it impossible to reach your landlord, a foreign investor from Singapore, for maintenance and repairs to having no idea how to fill in the absurd amount of paperwork required before you can even rent a flat in the first place.

The setting is simple but strongly representative; two walls help to recreate different infrastructures—council estates, flats, and even an emergency housing office—and as the show starts the actors are already on stage, all crammed onto the narrow set like sardines in a tin.

The actors introduce themselves in an arresting manner, as if they’re being interviewed for a documentary. They involve the audience throughout the performance, jumping out of sketches to explain what’s coming next. It’s clear from the numerous facts regurgitated by the cast that intensive, topical research has been done on the current state of the housing crisis.

The first story they enact is one of the most striking; Racheal Ofori plays a single mother who is evicted from the council house that she’s been living in for years and is faced with the choice of homelessness or relocation to Birmingham. Ofori draws in the audience with an emotionally charged performance, while the multi-talented Joe Boylan, Gemma Rowan and Tope Mikun sing, play music, and create voices for those who, in reality, have not got one. One of the most interesting aspects of performance is the way in which the cast portray the landlords. Ape masks are used to create a kind of otherness about them, perfectly reflecting the distance between renters and their landlords. The two ‘ape landlords’ don’t speak but dance, fighting like animals – one is in search of money and the other humanity.

The play culminates with Ofori speaking into a megaphone, gathering the audience around and listening to their concerns. It’s a clever way of acknowledging that the audience, too, are part of this issue.

All in all, the play is informative without being too dry, and the audience leaves knowing a lot more about what has to happen to the city in order for it to stay the vibrant, diverse and inclusive place we all love.

‘This is Private Property’ runs at Camden People’s Theatre until January 31st as part of CPT’s ‘Whose London is it Anyway?’ Festival. For more information and to book tickets go to https://www.cptheatre.co.uk/production/private-property/