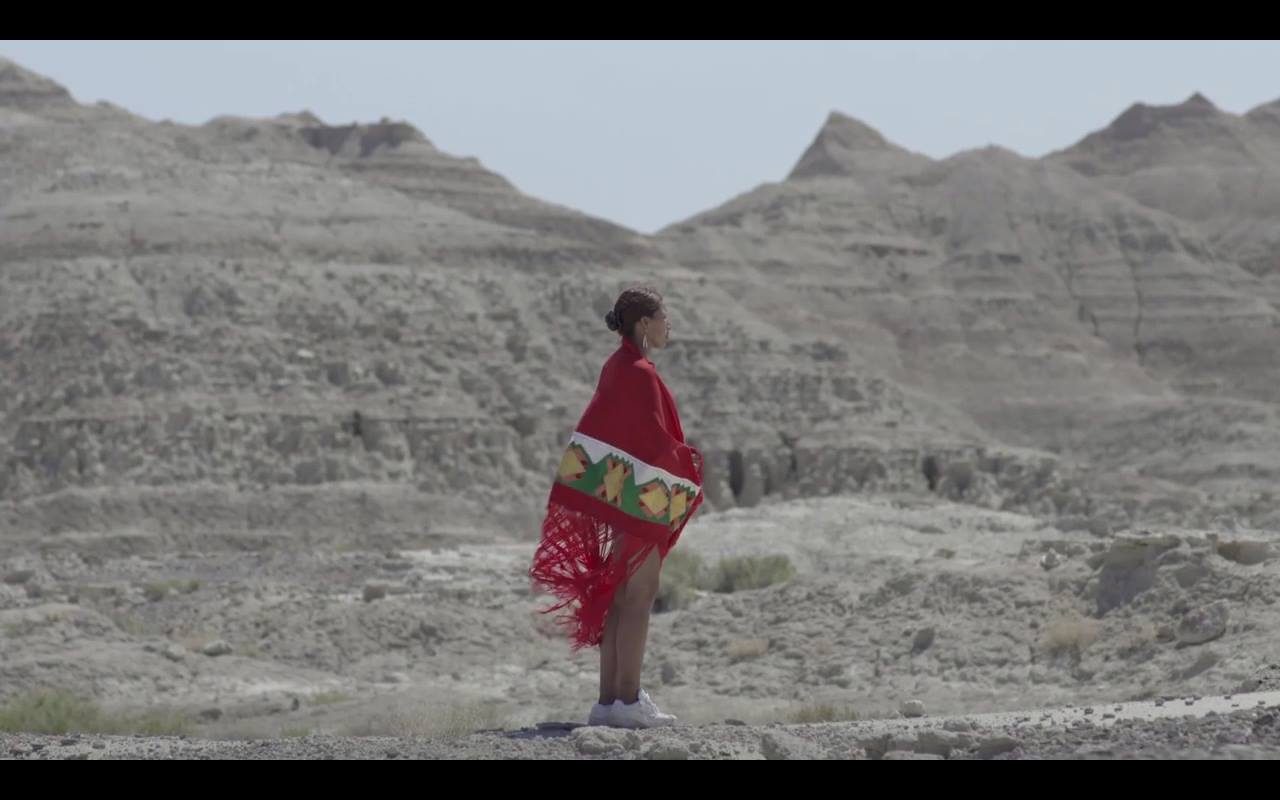 Eborn’s film presents a vignette into the lives of the few Native Americans left in the mid-west, living in one of the most deprived communities in the country. 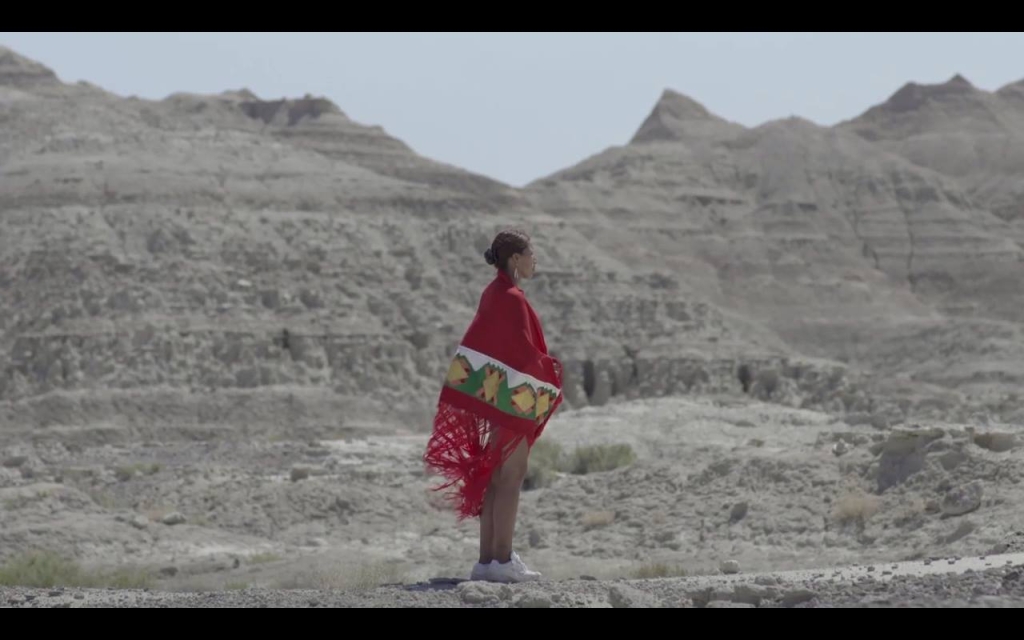 Pushed onto these reservations by ‘Manifest Destiny’ explorations of the 19th century, land allocated to the Native Americans has been made increasingly smaller, with a history riddled with violence and government oppression, resulting in widespread deprivation.

Eborn follows a variety of different lives of those in the reservation, illustrating this rarely seen aspect of American life, documenting the underside of golden-hour fiction films such as those of Terrence Malick, or even showcasing the tragic results of stories made iconic by the beloved cinematic Westerns.

Starting from the words of the youth of these communities, we witness a teen’s unique Lakota accent explaining the situation of their community: in comparisons of pockets of deprived areas in larger cities, the subject explains that ‘Our whole fuckin’ town is a big old fuckin’ ghetto.’ 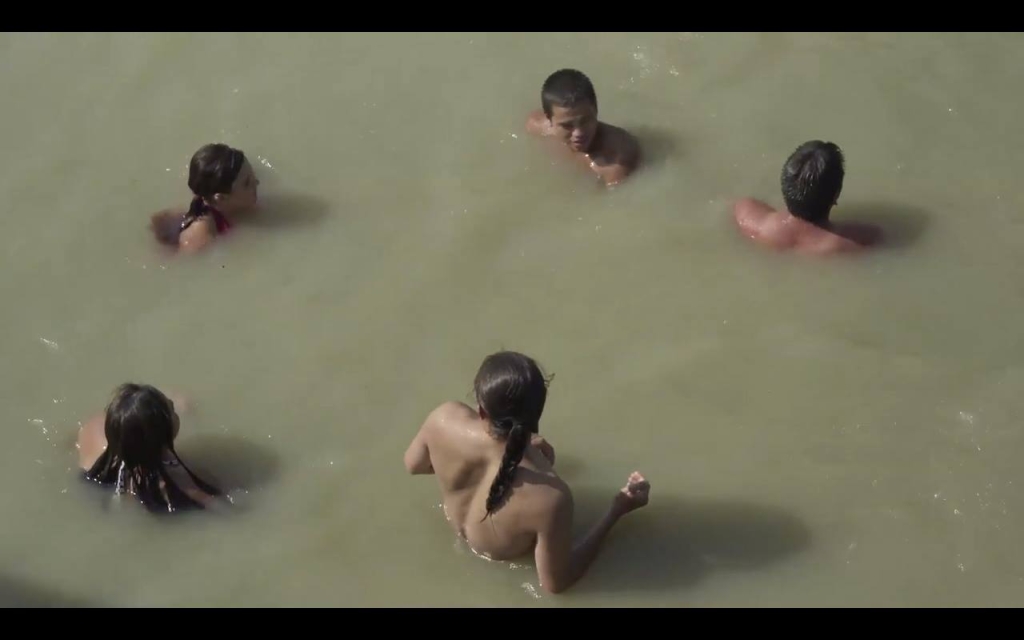 Two boys discuss possible futures, ranging from becoming a fireman to a psychologist, yet their own stories of delinquency and difficulties undercut the conversation. Eborn explores the idea of a place that has no future, thanks to years of unrelenting destruction occurring in its past.

The film’s sequence at the Wounded Knee memorial reflects upon this past, with its sparse walls indicating the lack of funding the site receives, while the camera captures the guide’s increasingly disheartened attempts to show visitors as much as he could about the history as he repeatedly encourages them to read the individual names on the monument.

Death and loss have a continual presence in Pine Ridge, as Eborn’s film reflects, featuring intimate interviews layered over often almost-still images of multiple protagonists that reveal the darkest reality of life here: high suicide rates affecting all ages of residents. A young girl plays violently with a kitten under the persistent gaze of the camera, and a grave visit sees an unnamed man explain that ‘if I name anything it leaves me.’ 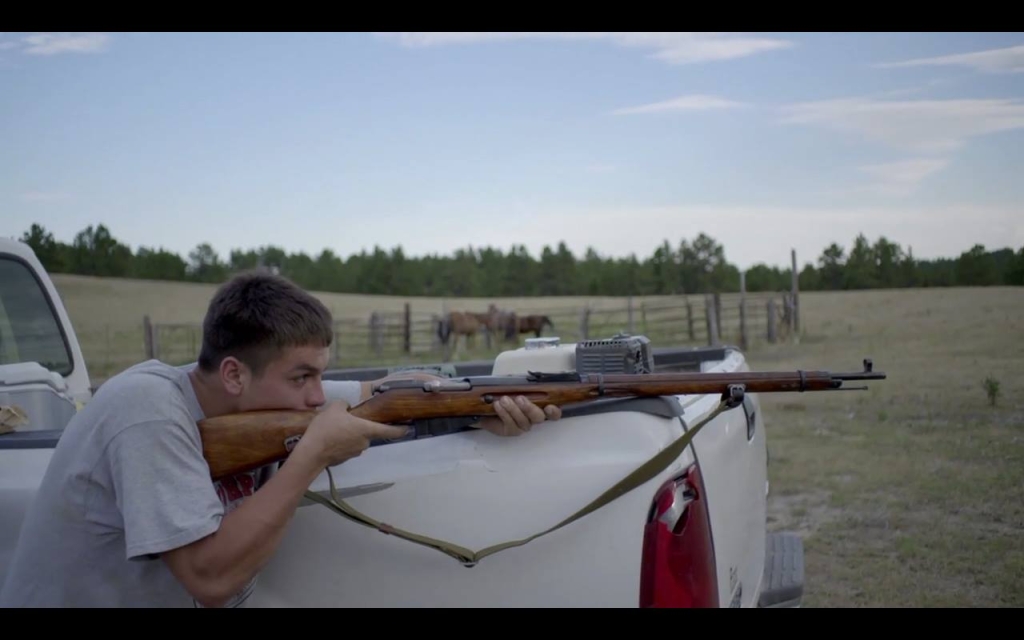 In contrast to this, Eborn also plays with tropes on both sides of the divide. A sequence of a dancing young native American woman dressed in contemporary clothes, but covered by a traditional Lakota cloth, is set against an insight into the lives of local white Americans later in the film. This insight shows a father explaining and polishing his gun collection, and as a storm begins the family round up their horses to the soundtrack of ‘All Along The Watchtower’.

Eborn’s ability to display both these sides while withholding judgement is where the beauty of this film lies. Pine Ridge sees the calm and kind nature of the Lakota community here winning over the difficulties that they face, and the film’s focus on the friendships and relationships within the youth of the reservation allows it to share this consistent power with its audience.

To book tickets for the Pine Ridge screening and Q&A with the director at ICA for Dochouse’s July programme, click HERE.