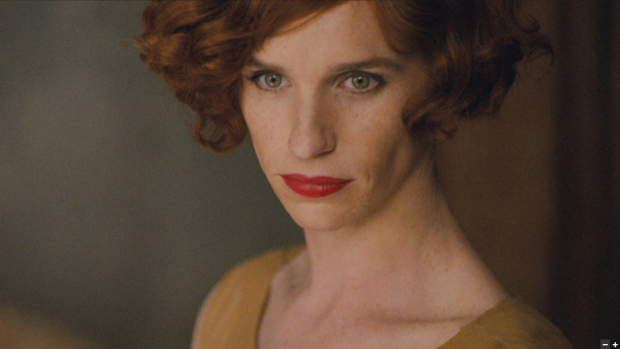 NIALL ADAMS reflects on ‘The Danish Girl’ and the increasing exploitation of LGBT characters and narratives in Academy Award-winning films.

There is no denying that The Danish Girl is an exquisite film with gorgeous visuals and a star-making performance from Alicia Vikander, who has won Best Supporting Actress at the Oscars for the role. Yet the film is the latest in a series – seemingly produced and marketed with the award season in sight – which exploits LGBT characters and narratives.

Eddie Redmayne is certainly not miscast as Lili Elbe. He attempts to embody the masculine, feminine and androgynous sides of the character and remains emotionally raw and open throughout, even if a little overwrought in some scenes. The issue is not necessarily with Redmayne’s performance, but rather director Tom Hooper’s decision to give yet another transgender role to a cisgender actor. In 2014, whilst Jared Leto was lauded by critics and won an Oscar for his role as Rayon, a trans woman, in Dallas Buyers Club, many activists rightly protested against his casting. Although it’s a step forward to see trans characters on screen and Hollywood bringing attention to trans issues, there’s something undeniably false in allowing a cis actor to portray these stories.

Redmayne (as he keeps telling the world in press junkets and interviews) may have discussed the role with trans activists before filming, but he does not have the emotional experience that trans actors might bring to the role. More disconcertingly, trans actors face a severe lack of work and visibility and to steal such a significant role seems almost criminal. Bizarrely, Hooper himself recognises the problem. At the Venice Film Festival, he lamented the “limited access” to roles for transgender actors as a “problem” in Hollywood, before ironically introducing Redmayne.

As the film industry persists in failing to recognise transgender actors, both UK and American television is beginning to slowly change. Laverne Cox’s casting remains one of the highlights of Netflix’s Orange is the New Black. Cox’s portrayal of Sophia, an imprisoned trans woman, incomparably raised the visibility of trans actors, with Cox winning an Emmy for the role as well as ending up on the cover of Time. Even British soaps – usually the last place you would expect risky or groundbreaking casting – have made changes, with the BBC’s Eastenders and Channel 4’s Hollyoaks both introducing trans actors in trans roles.

If the casting of Redmayne wasn’t offensive enough, the film goes one step further in its blatant disregard for the biographical life of Lili Elbe. Elbe was a pioneer and one of the first women to successfully undergo gender reassignment surgery. Following her initial transition, she lived happily for some time, achieving legal recognition of her gender and embarking on a relationship with art dealer Claude Lejeune. Her fifth and final surgery, an experimental attempt to implant a working uterus – in the hope of allowing Elbe to have children – ultimately led to complications that caused her death.

However, Lucinda Coxon’s screenplay omits Elbe’s brief happy period between treatments entirely. Instead, the chronology of the film rushes between these events and focuses not upon Lili’s emotional journey, but examines her wife, Gerda Wegener (Vikander), instead. In fact, much of the film favours Gerda over Lili with the camera following her perspective during interactions between the two leads and her difficulty in reconciling her feelings of losing her husband. Whilst shifting the film’s focus away from Lili, these scenes again exhibit the screenwriter’s disregard for historical details. Many biographers of Gerda agree that she herself was bisexual and supported Elbe’s transition ardently. Vikander’s Gerda, however, seemingly struggles with the eventual breakdown of her marriage due to the transition; in reality, the couple remained good friends following the annulment. The final moments of The Danish Girl return to Gerda looking on with defiant hope for her future, presumably in a new heterosexual relationship. However, this saccharine ending comes at the cost of offering Lili any form of optimism.

Earlier in 2015, another supposedly factual LGBT film similarly failed to embrace historical fact. The Stonewall riots, triggered by police raids upon LGBT spaces in New York, are widely viewed as the start of gay liberation movements across the United States; yet the story has been widely ignored by mainstream film. Produced and directed by Roland Emmerich, an openly gay filmmaker, Stonewall had the potential to become a touchstone in queer cinema. However, the diversity of the riots was reduced to a core group of fictional white, cisgender men. Prominent activists, such as the African-American drag artist Marsha P. Johnson, were relegated to supporting roles. In the film, the story of the birth of queer politics is lost amidst a droll, coming-of-age narrative.

The film’s blatant disregard for queer history, and a widespread boycott, led to the critical and commercial failure of Stonewall. The same cannot be said for The Danish Girl, which has been widely praised and nominated for four Academy Awards, with Alicia Vikander taking home the award for Best Supporting Actress. With The Danish Girl, the Academy has once again celebrated cinema exploiting the lives of trans individuals. It’s not impossible to make historical films about queer people without disrespecting the facts; but as long as award ceremonies laud the likes of The Danish Girl, we’re going to have a long time to wait.