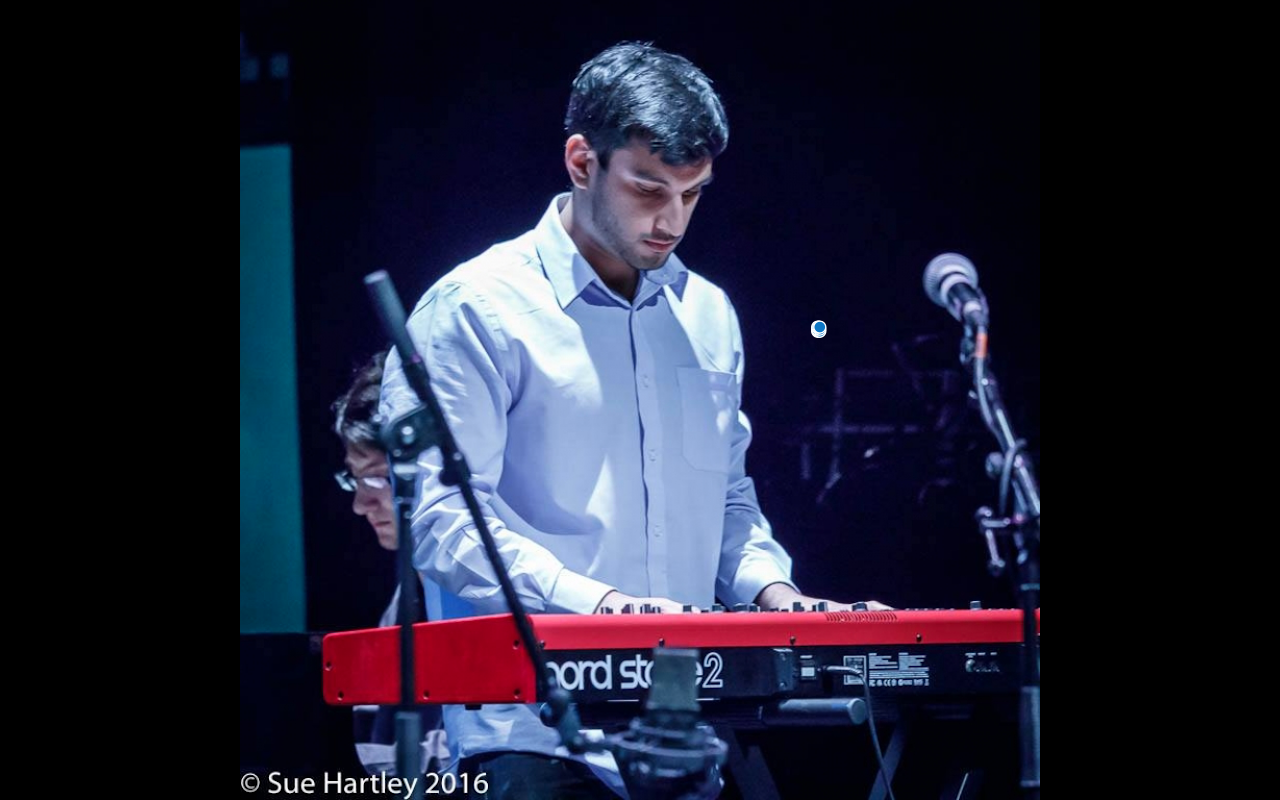 This direction was a clever way of making the show more varied, giving the large cast time to set up whilst videos were projected on to the screen behind them. At times, though, it was in danger of slowing the momentum garnered by the live performances. After the high energy of the jazz-infused opening number ‘Propane Nightmares’, the following acoustic original perhaps did not quite fit the lively mood. Of the original talent, Nyima Murry’s ‘Boy with all the Frames’ stood out the most. Her powerful, low-toned vocals accompanied the song that was the most concise and developed in terms of structure. Greg Anderson and Artemis Ekonomou’s ‘You’re Not Mine’ was also notable for its intricate guitar work and sweet, crackling singing. All of the originals were guitar strumming singer-songwriters. The show would have been improved by having a greater diversity of genres, with maybe some bands or rappers breaking up the conveyor belt of occasionally trite, acoustic love songs.

Unfortunately, the first act was hampered by technical issues – this is understandable given the sheer number of performers that had to be sound-checked. All the musicians should be commended for carrying on in spite of these setbacks, a very difficult thing to do, especially for those relatively unused to a stage and audience the size of the Shaw Theatre’s. However, the first half ended very strongly with a consummately well-performed version of ‘Wake Up’. Arcade Fire’s energetic, euphoric anthem was an excellent choice for a large ensemble and the perfect tone for a celebratory occasion. Every single element of the song was done justice.

The guitar battle that kicked off the second half continued to drive the show forward, with the night’s most impressive display of technical skill complete with well-judged comic timing. As always there was one guy with an acoustic guitar readying to play ‘Wonderwall’ – he had to be stopped. From these unpromising beginnings, the five-piece creatively riffed their way through ‘Smoke on The Water’, ‘Billie Jean’, ‘Whole Lotta Love’ and ‘Hey Joe’. Similar creativity was on show in ‘Stevie Wonder Medley’ and ‘Bruno Gets Lucky’, a mashup of Bruno Mars’ ‘Uptown Funk’ and Chic’s ‘Good Times’ that started as an overly-sentimental rendition of ‘Get Lucky’, a favourite of the UCLU Live Music Open Mics. As well as providing a much needed upbeat number, it was good to see some innovative takes on these classic funk numbers.

The oddest moment of the night was the out of the blue arrival of Radiohead’s ‘Wolf at the Door’. This changed the light-hearted mood of the acoustic covers and pop anthems quite considerably. The students’ take on it though was stunning. With vitriolic, nearly incomprehensible semi-rapping, the song is a hard one to sing, but Emily Craig added bite as well as vulnerability, and was beautifully accompanied by swathes of out-of-joint choral harmonies. An odd, yet brilliantly different choice.

Overall, the evening was very enjoyable, providing a great platform for the array of talent UCL musicians have to offer. The show proved that the society can, and should, do more to encourage further live music showcases such as these. The sound engineers, directors, and performers fully deserved the rousing applause they received.