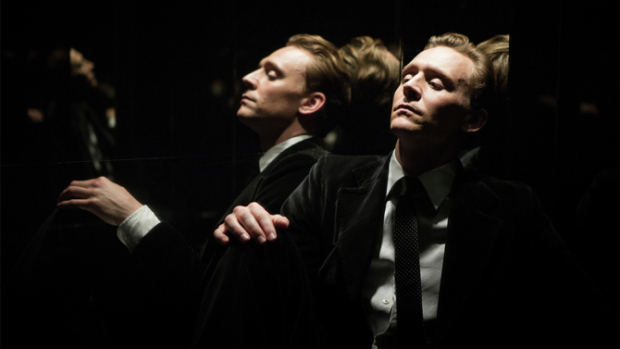 THOMAS HETHERINGTON continues his exploration of the best films previewed at the BFI London Film Festival. Here he reviews ‘High-Rise’, released in cinemas next year.

Every Christmas there’s one present under the tree that looks particularly great. It is exquisitely wrapped with a neat bow and chocolate sprinkles and it promises all. I should make clear that when I was rifling under the metaphorical Christmas tree of the London Film Festival programme, High-Rise was this present. The gift tag told me it was from Ben Wheatley and Amy Jump, whose atmospheric previous collaborations chill and delight in equal measure. It was wrapped with the frippery of an outrageous cast: Jeremy Irons, Tom Hiddleston, Keeley Hawes, Luke Evans, Sienna Miller, Elizabeth Moss, and James Purefoy, to name but seven. Give it a shake and this exciting package would pour out strains of Clint Mansell’s score. With expectations suitably mounted I began to unwrap…

High-Rise (adapted from JG Ballard’s prophetic novel of the same name) centers on the inhabitants of a newly constructed tower block in Thatcher’s England. The rich occupy the penthouses and suites on the upper floors while the middle classes occupy the central levels. Those below tolerate the electricity cuts and broken lifts caused by the ravaging parties and destructive debauchery of the floors above. As the power shortages, invasive gatherings and broken waste-chutes become more intrusive, war breaks out between floors, a vertical battle for supremacy begins and children’s birthday parties become means of warfare.

Tom Hiddleston’s Robert Laing acts as the audience’s way in. Beginning the film disgusted at the violence, before the time is out he has waded knee-deep into the filth – and so have we. Using Laing as a conduit is a stroke of genius by Wheatley. The novel’s cold detachment is trounced by Hiddleston’s screen presence – a presence, it has to be added, enhanced somewhat by his naked sunbathing. Hiddleston might be charming and cuddly, but he very much belongs to the group of the psychopath residents raging crazily on the floors above: he could easily break your neck when he’s finished with all the hugging.

Represented on the upper floors, crazy has never looked so good. James Purefoy is glorious as Pangbourne, the tower block’s resident smarmy gynaecologist, hamming it up with gusto. He isn’t the only one slicing it thick either. At first the hammy performances of Purefoy, Peter Ferdinando, Reece Shearsmith and other members of the upper floors jars a little. But, and here’s the brilliant bit, as the building slowly descends into chaos this scenery-chewing fits in perfectly. There is a worrying dichotomy between the appalling violence on screen and the inexpressible mirth of these characters. The struggle for survival of those on the lower floors becomes a revelrous game for those above. One doesn’t need to look hard to see the metaphorical significance.

That the residents of the upper floors spend their time dancing and murdering in equal measure is a proof of how mad things have become. If you want to see Britain’s finest thespians gurning and gyrating on camera, then this is the film for you. This isn’t the place for restrained introspective performances. However, this doesn’t mean that the film lacks a serious edge or that the performances are overly comic. The charisma on display doesn’t make the film lose its nasty edge; it just makes this edge a bit more fun, luring the audience into the tenants’ way of thinking. It is through these performances that Wheatley manages to make his point most keenly known. This is a film where Keeley Hawes, dressed as Bo Peep,  rides around the rooftop on a horse, and where Bill Patterson lounges around in his underpants while string quartets play Abba to hoards of extras in seventeenth-century dress. This is a film about the abuse of excess.

This excess, as in life, becomes overbearing after a while. The hedonistic head-rush of the first forty minutes soon slides into a hazier, more bloated affair. Whilst this decision does somewhat affect the pacing of the film, it puts the audience in the place of the residents. After high levels of wanton destruction, things stop being quite so fun and a bigger hit is needed to thrill. The violence and glut of the first half of the film becomes everyday and mundane in the second half. In a rather poignant moment, Wheatley makes the same waste bags that cleared up the mess at the beginning of High-Rise the cushions of the aftermath. Whilst the film never really quite picks up again as in the initial maelstrom, it doesn’t want or need to. The viewer feels dissatisfied as the residents do; we want to return to the primal outburst of the beginning but we can’t.

It would be amiss of me not to mention Clint Mansell’s phenomenal score. Mansell perfectly captures the mood of the film with his own composition, but also in his selection of other music to accompany the carnage. In particular the use of Abba’s S.O.S is inspired and chilling; it begins as a classical-pop joke and reoccurs in a thumping cover specially recorded by Portishead. Abba manages to become even more foreboding than the time Pierce Brosnan sung it in Mamma Mia – no mean feat.

Mansell’s score manages to capture the manic and excitable air of the High-Rise. The excitable jittery strings are underscored by a throbbing, ominous bassline. As Laing looks up from the building’s formidable shadow and Mansell’s score twitches in the background it becomes clear that all the inhabitants are insignificant, and that the high rise has birthed their madness and it will swallow them up in the end. The building represents a kind of sideways progress, suggesting that man’s future of technological and architectural advances will only enforce the old rules of class supremacy. This stone monument will outlast any and all of its numerous inhabitants.

High-Rise is a film that I’m very happy exists. It was one of the deepest, challenging gifts the London Film Festival has given. It’s testament to its slippery nature that my opinion seems to change every time I think about it. I’ve gone back and changed this review multiple times during writing alone, so to sum High-Rise up in a sentence seems nigh on impossible. But this is a superbly atmospheric film that challenges and entertains in equal measure and I cannot wait to see it again.

High-Rise was shown at the London Film Festival last month. It is released in cinemas on 18th March 2016.