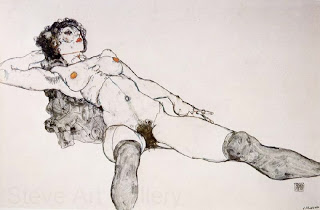 Almost a century after his death, the powerful, subversive works of Austrian avant-garde artist Egon Schiele continue to shock and mesmerise audiences at the Courtauld Gallery. The collection of almost 40 drawings and watercolour sketches is small but well-formed; dating from 1910 to 1918, they show Schiele’s development from art-school rebel to master draughtsman. In just under the space of a decade, Schiele had achieved more fame and notoriety through the compelling originality of his works than other artists would have done in a lifetime

Born in 1890, Egon Schiele escaped to Vienna as a teenager to study at the Academy of Fine Arts. Frustrated by the school’s conservative attitude, he soon dropped out and pursued an alternative education in the city’s liberal, bohemian art scene instead. While his mentor, Gustav Klimt, tested the boundaries of acceptable art with his overtly sensuous, eroticized paintings, Schiele arguably tried to demolish these boundaries altogether.

Perhaps influenced by his contemporary Sigmund Freud, Schiele’s depictions of the human form are centred around sex and death. Aggressively modern, the skeletal, angular bodies of his male models are contorted into awkward, emasculated forms. Even in his haunting self-portraits, we get a sense that the artist is looking at himself ‘through a glass, darkly’. Often, the figures are positioned oddly on the page, with limbs and faces cropped out of the image altogether. Ribcages and vertebrae protrude, while flesh tones are rendered in sickly, faded shades of green, yellow and purple. We are constantly reminded of the body as a carcass, ‘the skull beneath the skin’ – Schiele never lets these memento mori escape the viewer’s consciousness.

But the flipside to the artist’s fascination with death is an undeniable need to express human sexuality in all its glorious, erotic and often perverse forms. He often used prostitutes as well as his own mistresses in his later female nudes, which are dangerously graphic in their flamboyant displays of female sexuality. It is hard to tell where the male gaze ends and feminine desire begins; his models coquettishly lock eyes with the viewer and recline sensuously in revealing positions. Even here, he subverts the audience’s expectations of feminine beauty by paying particular attention to the uncomfortable muscularity of the bodies he so evidently admired, for instance in Standing Nude with Stockings (1914). 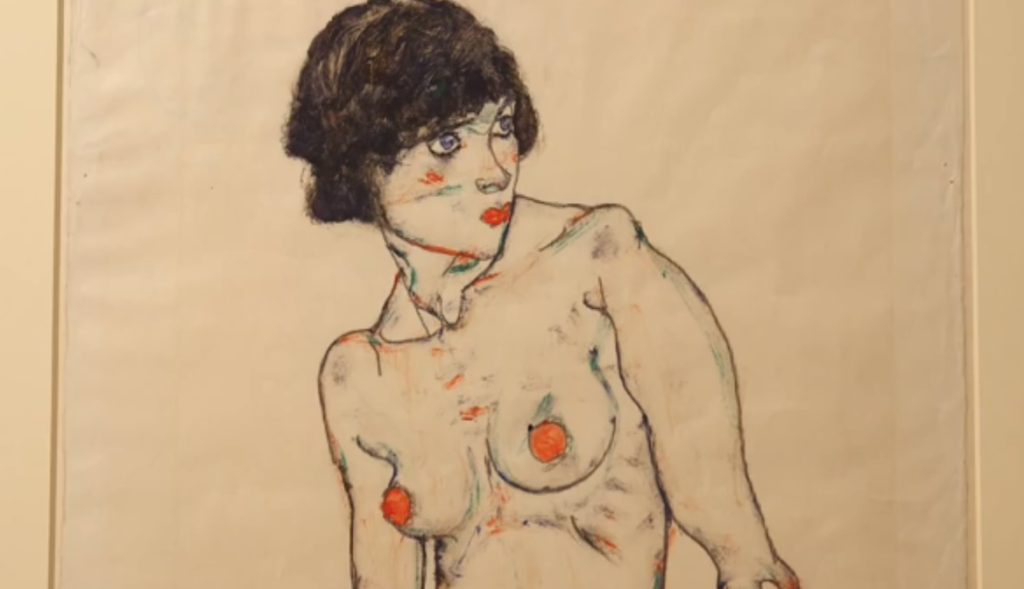 Despite the sometimes disturbing quality of his works, it is easy to see why Schiele has remained such a controversial but admired figure in the art world to this day. His brief career saw an astonishing creative output of radical, expressionist artwork, which was sadly cut short by his sudden death from Spanish influenza at the age of 28. The works shown in the exhibition display the artist’s stark fascination with morbidity alongside his equally obsessive interest in sex, and dare to flaunt the beautiful ugliness of the human form. 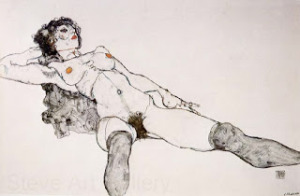 Egon Schiele: The Radical Nude will be showing at the Courtauld Gallery, Somerset House until January 15