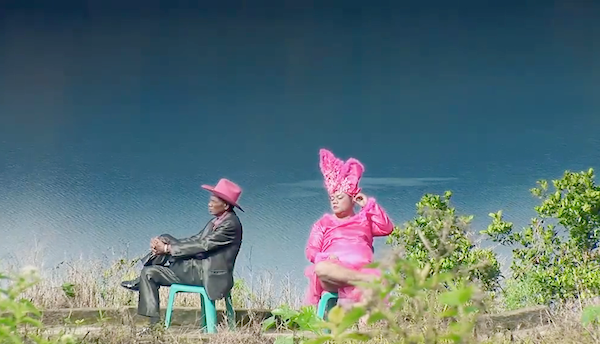 In light of the UCLU Film Society and UCL Psychology Society’s recent screening of the Act of Killing at the Bloomsbury Theatre, TOM GLEDHILL revisits ‘a documentary of the utmost cultural, historical and political relevance’. 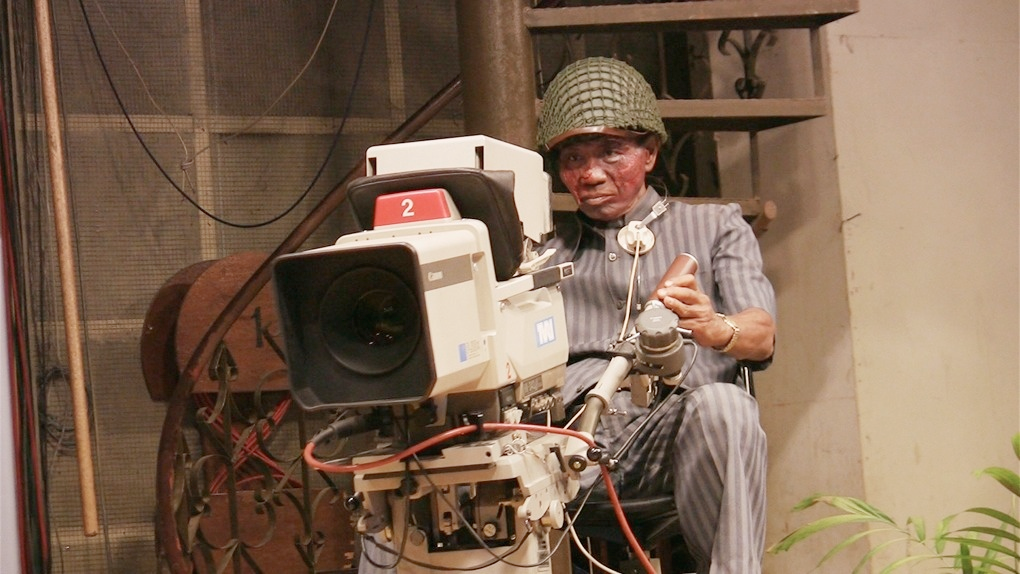 The final few minutes of The Act of Killing evoke a very particular strain of silence. Whether on your computer at home or at a packed cinema screening, the film has an intensity that tangibly carries over into reality. The latter was the prevailing setting for the UCLU Film Society and UCL Psychology Society’s screening on the 17th November, followed by a Skype Q&A with director Joshua Oppenheimer. Despite a few of the film’s more surreal exchanges and set-pieces eliciting a few confused (and, frankly, confusing) laughs from the audience, the theatre fell deathly quiet in the film’s closing moments. The scene is a profoundly affecting one: Anwar, a death-squad leader whom the film has almost exclusively followed, returns to the spot in which many of the killings he perpetrated took place in order to act them out on camera for the second time. This time, however, the atmosphere is palpably different. Anwar can’t quite get his words out without giving way to involuntary dry-heaving, the camera lingering on him unflinchingly as his speech is interrupted by his own retching. It’s not the first time in the film that we’re shown a mass-murderer repressing the memories of his crimes on camera, but it’s certainly the most viscerally harrowing.

It says something about your work when a film-maker with the heft and repertoire of Werner Herzog not only signs on as an Executive Producer, but also says that ‘You won’t see a film of that power and of that surrealism in the next two or three decades, period.’ This alone is a clear indicator of both the film’s subject-matter and execution. In line with Herzog’s comment, the film is a rare and beguiling work, managing to be an exploration of Indonesia’s troubled, genocidal past and it’s turbulent present: a work of stark journalistic investigation with appalling results and steadily intensifying surrealism. It’s Oppenheimer’s role behind the camera (as well as that of Christine Cynn and a third anonymous co-director) that allows this combination to work in tandem, whilst remaining insightful and eminently watchable.

When Oppenheimer first began to point his camera at the perpetrators of the Indonesian Killings of 1965-66, he was startled to find that not only were his subjects happy to be filmed and interviewed at length, but were often openly boastful about, and comfortable in, reenacting their horrific crimes. In light of this, verbal communication from behind the camera with the subjects of The Act of Killing is very limited: the self-professed gangsters simply doing enough talking between themselves on their own, which massively benefits the film in two specific ways. Firstly, Oppenheimer has publicly stated that the film was not meant to operate as a pure historical study, but rather as a conduit through which modern Indonesians could feel comfortable openly discussing atrocities that had hitherto been violently suppressed. Allowing Anwar and the others to talk so candidly illustrates their glorified celebrity-like status in Indonesian society far more vividly and powerfully than if they were to be grilled about their crimes by an outsider with a microphone. Secondly, on the occasions in which Oppenheimer attempts to intervene and induce a specific topic of discussion or reflection, both the tension of the exchange and the content of the answer are imbued with a greater potency and clarity.

When Oppenheimer finally appeared for the Q&A session, projected across the screen on which his film had just been shown, he answered questions eloquently, intelligently and with just the right amount of humour: ‘I could more than likely get back into Indonesia’ he joked, ‘but I’d probably not get out again.’ It’s clear that his long journey in making the film (the editing process alone taking around 3 years) was an intensely personal one. When asked about his own individual response to spending so much time with Anwar and his friends, he described his intense reaction to a particularly disturbing scene in which Anwar slowly and methodically slices open a teddy-bear, the memory of which would give him nightmares for months afterwards. More positively, his responses also extended to the effects that the film has had on the current state of Indonesian politics. By utilising small invite-only screenings at the National Human Rights Commission in Jakarta to groups of intellectuals, publishers, Human Rights Advocates, fellow filmmakers and survivors groups, Oppenheimer not only avoided censorship of the film, but also prompted mainstream news outlets to break their silence on the atrocities for the first time.

All this is more astonishing considering his work regarding this subject-area isn’t yet over. His new film, The Look Of Silence, is the second in this diptych of films exploring the effects of the Indonesian Genocide on modern day Indonesia, and is set to be released in UK and Irish cinemas some time in 2015. This time, the film focuses on those at the other side of the conflict: the victims and their families. This was Oppenheimer’s original vision back in 2003, but he was forced to turn his attention onto the perpetrators of the atrocities for fear of threats by para-military groups turning into fully-fledged attacks against the families for their co-operation. If The Act of Killing is, in part, an attempt to expose the systemic failings that persisted in Indonesia long after the events 1965-66, then The Look of Silence is a testament to that discussion finally beginning to become confrontational. The film’s primary focus is Adi, a man born after the the killings took place, but desperate for answers from those in charge as to why his brother was so brutally murdered. Early responses to the film have, like its predecessor, been unerringly positive, with a slew of awards from The Venice Film Festival and positive response from critics across the board. It’s a testament to the power of The Act of Killing, and the work of the entire team behind it, that when The Look of Silence premiered in Jakarta this November, it did so publicly and with the complete backing of the Indonesian government.

The Act of Killing is a documentary of the utmost cultural, historical and political relevance, and an exploration of the darkest recesses of humanity. If The Look Of Silence manages to capture any of its predecessors clout, it promises to shed further light in its detailed exploration of a period of history that, until recently, remained very much swathed in darkness.

To read more from Tom, you can check out his blog here.