She & Him have never been shy to imitate their idols: most of their songs demonstrate a clear love for retro music from years past. Their new covers album, Classics, is filled with songs from the 30s to 70s and therefore does not sound very different from their own work.

Having started off as a side project featuring established singer-songwriter M. Ward and actor Zooey Deschanel, She & Him have since released a handful of albums to great critical and commercial success whilst keeping a laid-back, carefree approach to their music. While they normally operate as a duo with the occasional guest musician, Classics was recorded in two weeks with a 20-piece orchestra, and covers songs from big names such as Louis Armstrong, Dusty Springfield and Ella Fitzgerald. 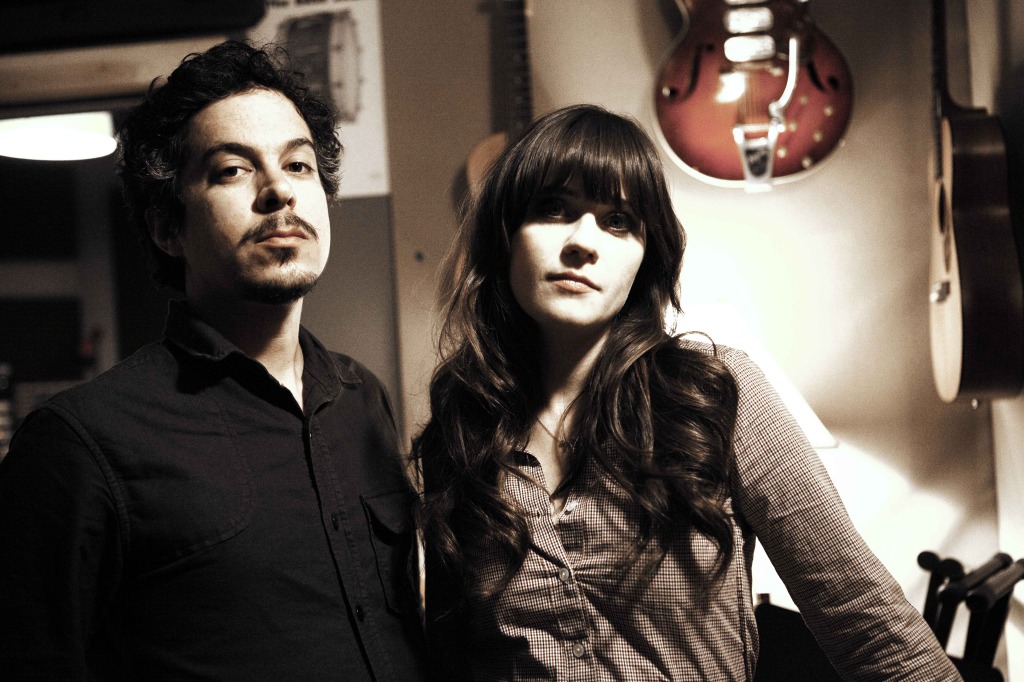 Anyone familiar with She & Him’s previous work would know exactly what to expect. Zooey Deschanel’s angelic voice is, as always, perfectly accompanied by M. Ward’s harmonies and his light, reverb-driven guitar work. ‘Stars Fell on Alabama’ is sung effortlessly, as if it were written only for Deschanel. One of the highlights is their beautifully simple version of ‘Unchained Melody’, which the duo manage to make their own with just vocals and guitar – not the easiest task for a song that has been covered countless times before.

Throughout the album, they mostly stay true to the sound and atmosphere of the era from when their songs came. ‘Stay Awhile’ sounds the most current with the addition of M. Ward’s catchy guitar line, and Deschanel’s voice is more melancholy than the Dusty Springfield original. Even though there are no major surprises, the album is a joy to listen to. Its warm, analogue sound could easily be the soundtrack to an old black-and-white movie.

Classics is She & Him’s major-label debut and this shows by the production being a bit too slick at times. While their previous releases were not exactly rough around the edges, their latest album would not be out of place playing in the background of some generic Starbucks. Still, the songs have their charm, and it is difficult for your heart not to melt when M. Ward starts crooning Charles Aznavour’s ‘She’.

With the holidays upon us, the record could not have been released at a better time. The warm renditions of these romantic and endearing songs make it a suitable backdrop for drinking mulled wine by the fireplace.

A fine piece of work that would be the perfect gift for putting under the Christmas tree.

Classics was released on Columbia on 2nd December 2014.

Listen to the full album here: