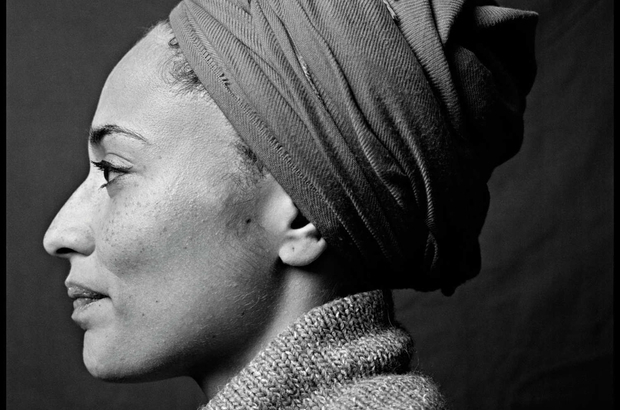 In accordance with its title, Zadie Smith’s new novel swings through time and space–moving between Britain, America and Africa, and oscillating between its protagonist’s childhood, adolescence and adulthood. One thing that remains consistent is the perspective: Swing Time is mediated through a first-person narrator who, in all 453 pages, remains unnamed. Anonymity does not render Smith’s speaker unknowable, however, instead it lends a certain objective honesty to the book. Rarely turning a critical eye inwards, the narrator scrutinises and judges the world around her, and it is this honesty which sets the tone for Swing Time.

With themes ranging from racial identity to the nature of fame, and Western fetishisation of African poverty, Swing Time is not always a comfortable read. Yet Smith does not austerely moralise, and possesses a rare gift for telling stories without over-freighting them with any overt agenda. Smith presents poverty and parental neglect through the amoral lens of a child: the narrator looks on as her charismatic and troubled friend Tracey, aged nine, returns from school to an empty house to make her own meals, unaided by adults; nonetheless, the depiction of Tracey’s life is coloured with the narrator’s envy, who ‘dreamt of freedom like hers’, framed as living a sort of virtually independent life.

Drawing characters through such heavily subjective terms, Smith is able to highlight the unknowability of others. It is clear that Tracey is a kind of caricature who tells us more about the narrator than about herself. The friend’s life is reconstructed out of the narrator’s own feelings of loneliness, inadequacy and entrapment. This subjectivity only furthers readerly discomfort. It is all too easy to dismiss the narrator’s views as self-orientated and romanticising, but the solipsism the narrator embodies mimics a human dilemma: she cannot enter into Tracey’s perspective, but she can make assumptions based on her own experiences of life, and as readers we might feel encouraged to consider our own perceptions of others.

Freed from the shackles of a name and self-analysis, Smith’s narrator is remarkably honest about various childhood experiences. She recalls early instances of sexual desire, remembering playground incidents where nine-year-old boys chased their female classmates and touched them intimately. As a reader it is hard not to view these tales as uncomfortably non-consensual, even potentially traumatising. However, the narrator does not relate the situation in these terms. Rather, she states that ‘the awkward truth is I wanted to be caught—I liked the electricity that ran from my vagina to my ear even in anticipation.’ This childish frankness permeates the novel, adding a sincere and intense realism to Smith’s prose, which is perhaps most pronounced in her evocations of discrimination.

The narrator recalls a child who was a victim of both ableism and racism. She describes him as ‘a lanky, uncoordinated child’ who was ‘mentally slow, easily led and sometimes dangerously impulsive, a set of symptoms which had, back then, no particular diagnosis’.  He is black and tall and the narrator observes that the teachers, ‘especially the white women’, were scared of him. Nonetheless, the boy is not made simply a symbol of disability, and there is no sense that Smith is trying to represent how other developmentally-disabled children were treated at that point in time. In the narrator’s version of events the boy was victimised but also treated with respect by his peers. This paradox is made manifest in the narrator’s recollection that, ‘it seemed like a special thing, an achievement, to make a grown woman fear you, though you were only nine years old and disabled.’

Zadie Smith’s novels are often valued for their explorations of black urban experience, dealing with issues of race in deft and complex ways. Yet to view Smith’s writing as such can be limiting as the honesty of her work is broad and all-encompassing. Not writing purely to dismantle stereotypes and to educate the prejudiced, Zadie Smith is a storyteller: capable of exploring the complexities and failings of individuals, she does not conform to the pressure to polish out the flaws of her characters. While Smith often presents lives disadvantaged through prejudice and financial difficulties, she refuses to mould her characters into pillars of virtue in order to pacify an audience looking for literature with a direct message.

In a recent interview Zadie Smith conceded that, ‘I wouldn’t have thought that I would write on political subjects. But I have, quite a lot. It must just be experimenting with the times’. The political is manifested in Swing Time not as didacticism or idealism but as an immersion in the real–as a commitment to portray what the author perceived to be ‘the awkward truth’.