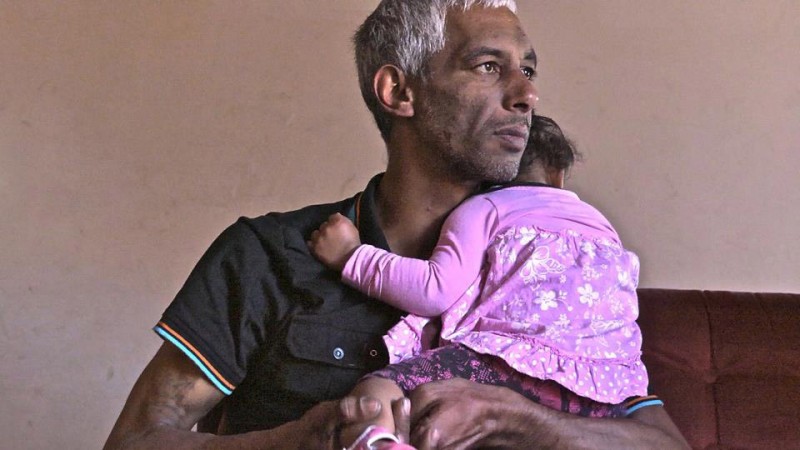 JAN-PETER WESTAD previews DocHouse’s screening of The Devil’s Lair and interviews its director, Riaan Hendricks for SAVAGE. The Devil’s Lair is showing this Thursday 13th March at the Rich Mix Cinema for DocHouse.

The Devil’s Lair follows South African gang leader, Braaim, as he attempts to balance a life of crime with his family duties in one of South Africa’s most dangerous and economically destitute areas, the Cape Flats.

The documentary captures the brutality of gang lifestyle with incredible honesty. Nothing is censored as director Riaan Hendricks guides us through Braaim’s daily life; the audience too become branded as we watch Braaim tattoo a new member of his gang ‘The Nice Time Kids’, and from then onwards we are thrust into scenes of drug portioning, dealing and taking.

However, as Hendricks imbues his film with subtle domestic scenes amongst Braaim’s family, The Devil’s Lair finds new footing. The insight into South African gang drime reaches a frank and shocking climax, as the effect of Braaim’s lifestyle is shown through his young family. The wiry, prematurely aged criminal is suddenly playing and laughing with his infant daughter. We watch Braaim’s wife, like all wives, telling him to ‘dress properly’; although, instead of for work or dinner, this is for a court appointment. The unsettling normality of these scenes becomes far more poignant as Braaim’s two roles collide. In one of the most striking scenes, Braaim and his gang are plotting an assassination whilst Braaim’s youngest child plays with a lightbulb, accidentally plunging the room into a darkness that pervades the rest of the film.

The violent environment of the Cape Flats is a place wherein ‘kill or be killed’ is a reality; gun shots are mixed with a hauntingly tender acoustic soundtrack, as we watch children play with fake guns and boys brandish real wounds. However, Braaim’s continuing desire to commit to his loving family gives a sense that there is a chance of change; whether he takes his opportunity we cannot know. The film is at once brutally shocking and compassionate; it is this delicately handled intermixture that allows us to find an intensely poignant sense of humanity, even in the Devil’s Lair. 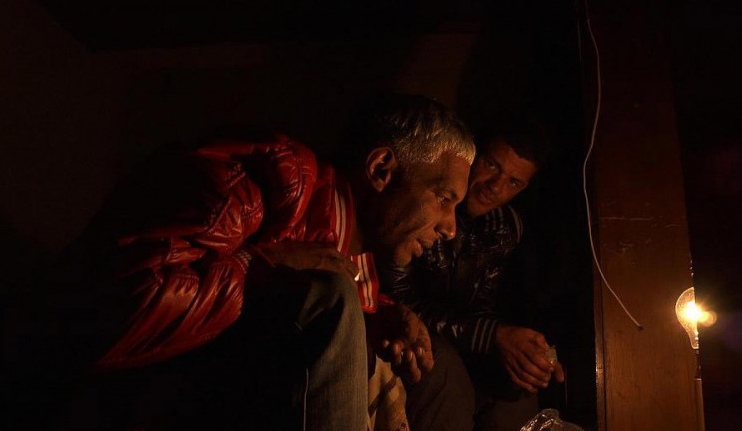 I was lucky enough to exchange a few emails with the director, Riaan Hendricks, in an interview for SAVAGE, organised through DocHouse.

Firstly, how did you gain such intimate access to Braaim and the ‘Nice Time Kids’? What was your experience of filming in such a hostile environment?

HENDRICKS: Braaim was my childhood friend when we grew up. A day would not start or be completed without him. The men in the film all grew up in the same community. Most of them I knew over the years. I was told that if I did not grow up with them, then I would never have been allowed to film what now makes up the Devils Lair. So this is my community, and it really burdens me to see how the young people are loosing their lives in a cycle of violence rooted in a sociopolitical history of systematic deprivation and poverty.

The visual style of the documentary has no narrator and gives no clear judgement or message. For me the power of the documentary comes from this ambiguous position. How important was this observational neutrality in the making of ‘The Devil’s Lair’?

HENDRICKS: The absence of my voice as a narrator is made possible by the strong images of the film that need no explanation to contextualize. However, your question has an implied premise that I dispute. The intrigue and violence of the world where the film is set, is simply not enough to keep an audience engaged for 82 minutes. This depiction of a violent world borders on voyeurism, even that of a snuff movie, if it was not for the subtle layer of our main character occupying the position as a family man. As these two conflicting worlds clash, he finds himself in a troubled zone. How do you manage a family relationship amid such travail times? This question is what subliminally draws the audience into the film. As much as he is a hard man, he is also at the same time a man who, like all of us, makes mistakes and seeks forgiveness from our loved ones. The universality of the film lies in this moment.

In terms of observational neutrality. Documentary cinema has no neutrality. It has no objectivity. It might have a certain degree of reference to the truth – but it is merely a subjective interpretation of reality. Furthermore. Story is a self serving device. This debate can become fairly philosophical if needs be. But for the audience who engages with the film. The only measurement of success is whether they suspended their disbelief in the world of the film.

Do you think family and love are possible solutions to a gang cycle that is so ingrained in the claustrophobic environment of the Cape Flats’ terrible economic conditions?

HENDRICKS: The heart of the film explores the theme of love, contrasted in an environment where men rule with violence without forgiveness. Yes. The very existence of this community was as result of a policy of forced removal by the then South African apartheid government. Who literally cleared land far away from the economic hubs, and started building houses for forcefully removed non white citizens.

For me, The Devils Lair is a film about a peoples’ desires for a normal life. The young people are spending their youth having to overcome the inherent social ills of poverty that consumes these communities, before they can even start enjoying the freedom of our new born country. Many simply do not make it.

For me, the documentary ends with no clear sense of change or hope. In light of this, what would you like to see audiences take away from your film?

HENDRICKS: In essence, my main characters life shows no signs of improvement. What happens in the story is that the down spiraling cycle of unending violence that consumes his world is brought to an abrupt halt when he expresses his desire for love and forgiveness from his wife. In this one last moment of the film – the possibility of change is present. This is where the hope of the character’s life is to be found.

To book tickets for DocHouse’s screening of The Devil’s Lair, followed by a live skype Q&A with Riaan Hendrinks:
http://www.richmix.org.uk/whats-on/event/dochouse-the-devils-lair/

The Devil’s Lair invites audiences to join them on https://www.facebook.com/TheDevilsLairFilm and twitter @devilslairfilm for updates on screenings and discussion.