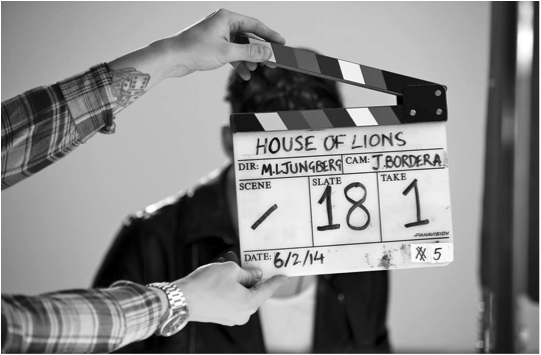 SOPHIE MEADOWS talks to the musicians from The House of Lions about their new single ‘Uncruel’.

House of Lions is a five-man indie rock band based in London. Having been together for only a year, they’ve played in some incredibly impressive places already, including Scala, the Underbelly and the O2 Academy Islington.

You have just released your first music video for your brilliant single UNCRUEL. What was that like to film and produce? Was it strange having someone filming you whilst you were playing?

HOL: At first it was a bit strange having about twenty people watching you play the song, but the team were all encouraging and supportive. Eventually we eased into it and it turned out to be an awesome day. Our director did an incredible job and we’re extremely grateful to him.

It had an amazing 4000 views in 3 days – you must be so pleased with how well you’re being received!

HOL: Yeah, we are hugely thankful to all those who shared it and for the support from our friends and fans. Even though we reckon half of the views were from Will’s mum!

Tell us about your humble beginnings – when and how did you form as a band?

HOL: We formed at school. We had the same guitar teacher who had always said that we should form something. So we did – and it just seemed to click from day one. After that, it only took one grim trip to T in the Park to confirm that we had to give this a shot.

HOL: We like a variety of people between us, from George Gershwin to the Arctic Monkeys. It’s interesting listening to different types of music you wouldn’t think to listen, as it could influence you in unique ways.

Do you have a process – who writes the music and lyrics?

HOL: Song writing is a hard thing to define. We’d say Tom, Dougal and Ed compose most of the music. One of the defining things of our band is Tom’s guitar riffs – we don’t know how he does it! Ed does most of the lyrics (with help from Dougal). But then it changes with songs – UNCRUEL wouldn’t be half the song it is without Will’s bass line, and Jake is superb at coming up with the right drumbeats, so everyone pulls their weight, which is good.

Do you always compose your stuff in the same way?

HOL: It changes with every song actually. We can get so close to finishing a song, but be missing something crucial. We put it away for a bit, then months later we come back to it and it all falls into place. UNCRUEL was actually a bizarre mesh of the vocal melody Ed had thought up for a song, and music from another song, and they sort of worked together nicely.

How would you describe your music?

HOL: It has changed a lot over the past few years actually. We used to write all sorts. Now, we’ve kind of found our sound with UNCRUEL. It is always hard to label your music so we’ll leave that to the listeners!

Where did the name House of Lions come from?

HOL: Well, Tom has the heart of a lion and a lifetime ban from Edinburgh zoo.

Is it true that you all live together in Camden? Who does the washing up and who is the messiest? Do you ever fight?

HOL: The legend is true. Tom and Dougal wear the apron. Ed and Will avoid any sense of duty. Normally, when tensions bubble up we usually throw-down in a bit of topless Greco-Roman wrestling and competitive thumb wars. But most of the time we get on just fine.

How are you feeling about your launch on the 21st March for Uncruel?

HOL: Tickets have sold out already but we’re pushing for more. It should be a top night! We’re really excited about it.
As are we, see you then boys!

Visit the House of Lions Facebook page here https://www.facebook.com/events/275513125940228/?fref=ts to find out more about their launch on the 21st March, or check them out on Soundcloud here https://soundcloud.com/house-of-lions