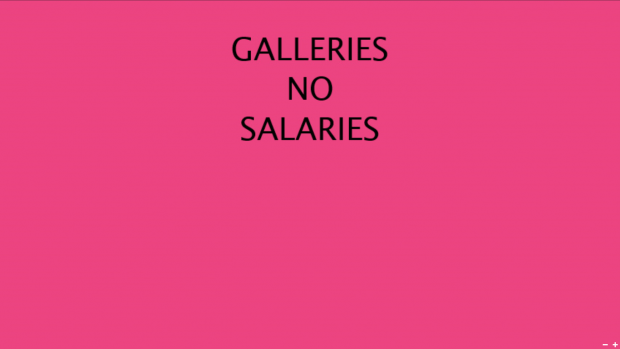 HEATHER TAYLOR responds to Invitation to a Game of Argolla by Bartolomé Esteban Murillo for our brand new feature ‘GALLERY – NO SALARY’.

He really isn’t quite sure what to make of it all, that bread-munching urchin. Really, he’s more concerned about the bread than anything else; he filched it from a windowsill – he has a knack for that sort of caper. The old women of the village are forever chasing after him for shinning up their fig trees or getting his grubby little paws in their fresher-than-air milk. His pitcher is empty though and he IS quite thirsty… the doughy, slightly stale lump just isn’t going to be swallowed without a bit of wetting. But this game. Argolla. Oh, it’s dulldulldull really, but there’s the added lure of a gamble. That basket over there; well, it’s got some meat in it. Yes. A bit of dead piglet, cured to salty heaven. Not that salt is particularly appealing at the moment, what with the dry bread and not a drop of water in sight, but you’ve got to think ahead you know. And he’s not a bad shot after all, so his chances are healthy. He’s inspected the ham too: maggot-free. A rarity. It’s from the Odd Old Man who lives in the tumbledown heap of bricks, a mile from the village. He spends the day talking to his chickens and rubbing frantically on his rosary and squinting at the sky, like something might drop from it at any moment, right on his head, to drive him down to Hell. They’ve all decided he’s possessed by something or other, so the rich pickings of his poorly guarded stores are fair game; nobody wants to see an old devil like him well-fed and healthy. Anyway, even if it wasn’t for that, he’d still be tempted. He quite likes Joaquin. He’s two years older and knows everything; he can slink up trees like a cat, kill a bird with a stone, and even has a knife. It was his father’s (he died of something nasty that made him spit blood a few years back) and he sometimes lends it out on special occasions – birthdays and things. He says he’ll go to America one day and be rich. Maurico doesn’t know where America is, but he knows that if Joaquin wants to go, then he will. Maybe he’ll go with him. He hears you have to cross the sea though, which is wider, even, than the very widest part of the Manzanares. They once made a raft to fish from and Maurico didn’t like that; it floated all to bits and he got dragged deep down under the heaving current and felt like he had sodden balls of wool for lungs and that someone had stuffed his throat up with soggy feathers. He coughed for a very long time after the rest dragged him out (by his hair, which hurt). If that’s what going to America would be like, he’d rather stay here. He’d miss Joaquin though … but there’ll always be Fiorella. They all make fun of him for that name; they say it’s silly to call a dog something like that. But that was his Aunt’s name, and she was the most lovely thing he’s ever known. Fiorella’s fur reminds him of her hair – silken and as warm and as honeyed as a peach that’s sat in the sun till noon. If he could have that hair back, just for a moment, just to nestle in for a little while longer … well. He’d play any number of games of argolla for that. He might, just might, even go to America.

This is what genre painting does to me. This instance, exquisitely crafted by Bartolomé Esteban Murillo, had me winding my way into a tale immediately. The expressions sing out; speech looks ready to spill from the mouth of the bread-devouring boy (along with his mouthful of sustenance); the eyes of the reclining youth are playfully inviting, with a hint of mysterious mockery. The dog’s imploring glance has clearly been sustained for some time – you cannot help but speculate and animate. The muted, almost dirty, palette is not only suggestive of the deprivation these ragamuffins live in, but also allows the eye to be unrelentingly drawn to the luminosity of the skin of the two depicted. It is not so much the scenic backdrop we’re led to contemplate, but the very human interaction which is taking place here. We ponder on the dynamic of their relationship; what activities their days have held prior to this moment, and what will happen immediately after. Though enigmatic, they’re familiar. We feel as if we’ve met them somewhere in life, seen them running rings around their mother in the supermarket, push a sibling off the swing in the park, or kicking through the leaves on a autumnal pavement. They may have been painted 350 years ago, but they’ve never existed anywhere else than in the present moment.

‘Invitation to a Game of Argolla’ by Bartolomé Esteban Murillo can be found at the Dulwich Picture Gallery. Admission is free.