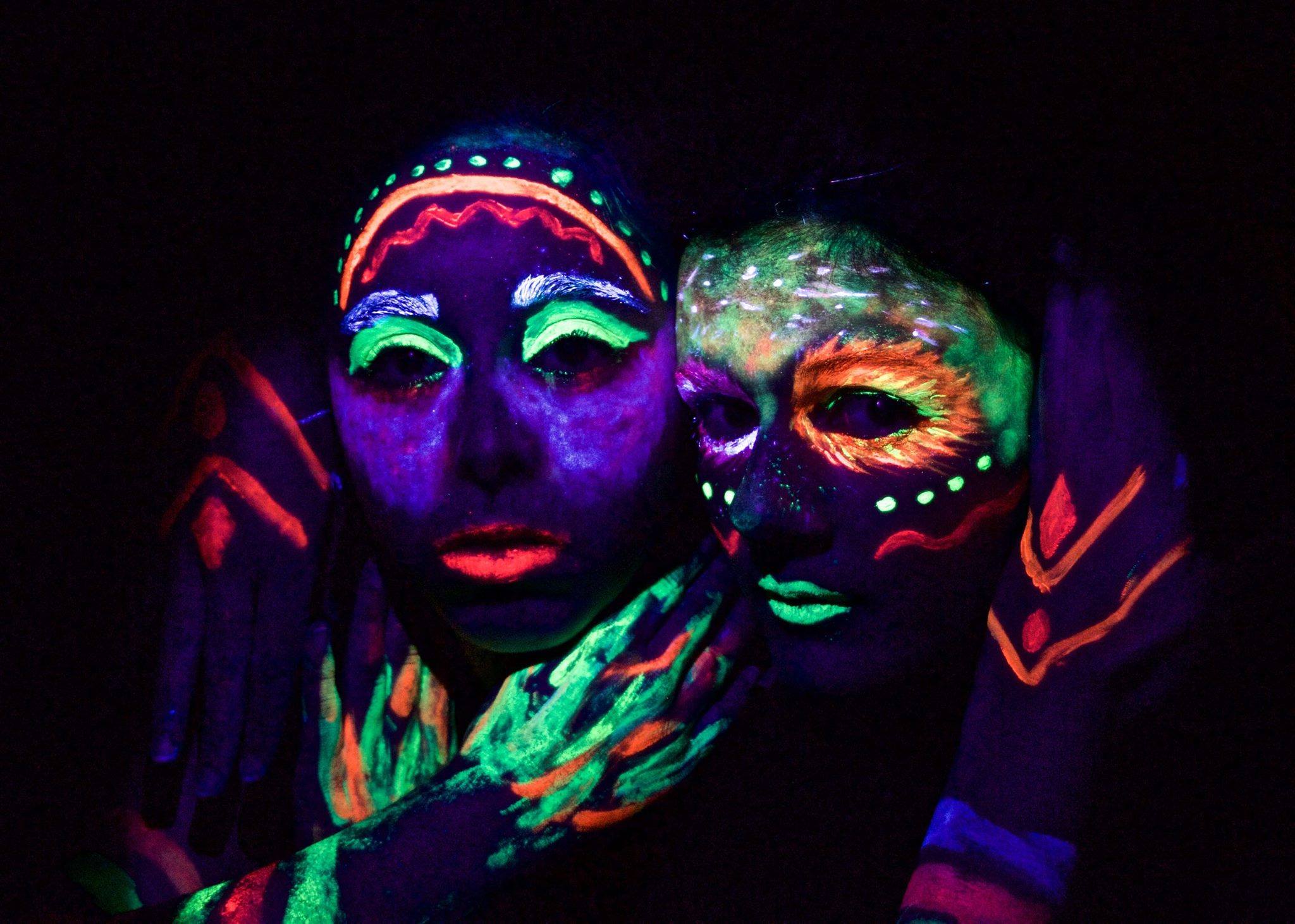 UCLU Drama Society’s production of Darkside seemed promising from the beginning, with beautiful posters and overall design from James Cassir in the enthralling venue of The Crypt at St. Pancras. As an admirer of Tom Stoppard’s work as both a playwright and screenwriter (Shakespeare in Love deserves every accolade it got at the 1998 Academy Awards), it was with great anticipation that I stepped into the dark tunnels of the crypt.

Even without getting into the whole substance of the production, the style in which it was presented was ingenious from the outset. What better place to throw a small, tight-knit audience of ten into the murky waters of philosophy, ethics and distorted reality than such a darkly, hauntingly beautiful atmosphere? Immersion via the practice of promenade performance is always risky, so it’s testament to the daring and ability of director Polly Creed and Roberto Valdo Cortese, and producer Rosanna Ellul, that it all pays off.

A sense of enclosure is exuded by the opening scene, which is disorientating and confusing, with characters shouting to and fro about an oncoming train. We’re pulled into the plight of our protagonist, philosophy student Emily (Charlotte Holtum) whose sufferings of schizophrenia and consequent searches for truth and resolution to her dilemmas. Holtum’s performance was fantastic, delivering great reactions to all manner of oddities around her while also grounding them with a subtle emotional arc that gradually revealed itself over the course of the performance. She generated some absolutely superb chemistry with Matthew Neubauer’s Boy; the two play off each other so well as they make their journey into the depths of darkness, providing a glimmering light of energy with the warmth they brought to their interactions. Neubauer’s character is a very literal ‘straw man’ for one of the many philosophical discourses the characters engage in throughout the play, being the subject of the opening scene’s train accident; and yet he never plays the role in a one-sided way. He revels in finding complexities within simplicity, a sense of endearing affability within the character, making his own little arc surprisingly moving as well as funny when need be.

That isn’t to say this is a two-man show. Far from it. Some of the more flamboyant characters here surprised me in the sense that they delivered Stoppard’s dialogue flawlessly, but in conception appeared to me almost an amalgamation of Stoppard’s prosaic style, and the visual impact of a David Lynch crony. William Mead’s Fat Man was perhaps the most ‘meta’ character of all, repeatedly quoting lines from the likes of ‘Casablanca’ in the most ridiculously inappropriate moments. He was a rapturous and entertaining physical presence, but also provided the right amount of nuance in his quieter scenes. Bella Driessen and Maher El Ehor played a set of dual roles, the former a kindly Dr. Antrobus and a delightfully vindictive Witch Finder, the latter a subtle differentiation between two intellectuals Baggott and Ethics Man. Both actors found ways of making an impact with both characters by their changes in vocal inflection, accent and general posturing which, even in the depths of the cryptic chapel, were evidently well done. As straight-laced Banker and Politician, Maxim Alexander-Sinclair and Tara Rose were simultaneously pleasant and disconcerting, and I could have done with a lot more of them. The wonderful quartet of dancers had a most difficult job, not only following some rather complex looking choreography, and weaving their moves to the music of Pink Floyd, but also as another guide, interacting with the audience as Emily gradually descends further and further into madness. Dominyka Morkvėnaitė, Danielle De Vito Halevi, Lavinia Johnson, and Izzy Simmons should all be commended in being so seamless in transitioning from scene to scene, never out of character, always on the move.

In orchestrating such big themes in such a small setting, Creed and Cortese carved out a wonderful play, with an ending of incredible impact that I’m still getting my head around. David Denyer’s great sound and music work deserves kudos for adding so much to the setting with its tonal variations throughout. The make-up and costumes for the various players were excellent too, and credit to Kira Amin and Zoe Yang for alongside everyone else just painting on more and more vivid colours to an already colourful source material, to generate just one very rhapsodic, thoughtful production.

I feel I may be repeating myself but frankly, I can’t praise Darkside enough for being a fantastic work I was very privileged to see.