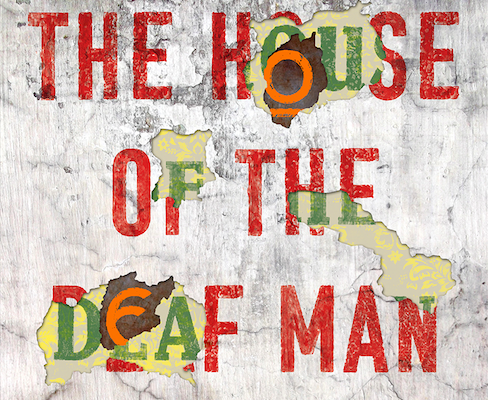 Welsh independent publisher Parthian has given itself a challenge: fishing overseas for fresh literature to bait British audiences. Now their most recent catch has been proudly presented to the public with a book launch hosted by the Slovak Embassy in London.

“I am a collector and a thief,” the author admitted with a half-smile in the public Q & A session. “My friends rarely tell me stories from their families anymore, because I’ve stolen them.”

This book launch marks a major victory in Krištúfek’s career as one of the few contemporary Slovak authors to penetrate the British market. The novel has already been reproduced in Czech, Polish, and German, but as Richard Davies (representing Parthian) pointedly stated, English is currently the gatekeeper to reach other literary cultures.

Uncomfortably aware of this, Krištúfek’s laboured English betrays a longing to revert to his mother tongue. Clearly not a linguist himself, the true credit is due to translators Julia and Peter Sherwood for giving the Slovak author a voice here.

The husband-and-wife team completed the “notoriously difficult” translation of the 650-page novel in seven months. Inevitably, they said, some of Krištúfek’s signature dead-pan humour was lost in translation, and small portions had to be added to clarify historical references unfamiliar to most English-speaking audiences.

Following a short reading from the finished English text, one listener commented that “for the first time, I have a bird’s eye view of Slovak history that not many people have the faintest clue about.” Another observed that despite tackling difficult themes, Krištúfek has kept a light-hearted tone by using a child’s voice to narrate the war-torn tale.

Adam, the young narrator, can’t help but wish for the Nazi air-raids to come and bring a little excitement to the small town of Brezany. But when his Jewish mother becomes a social target and his father suddenly leaves to join the war, Adam must confront the reality of the adult world – and his parents’ mistakes. “It’s like a dialogue between me and myself,” Krištúfek mused. “It’s the story of human forgiveness … between father and son.”

In praise of this rare Anglo-Slovak literary exchange, His Excellency Miroslav Wlachovský (Slovak Ambassador) declared that “Britain deserves to see more of them.” Indeed, ‘The House of the Deaf Man’ could just as well be the untold family history of the Ambassador’s fledgling nation itself: “Slovakia started again from scratch, but then we’re used to it. We’ve had plenty of practice. We are a fascinating nation of eternal infants. We have to learn to walk all over again – and always make sure to cover our tracks.”