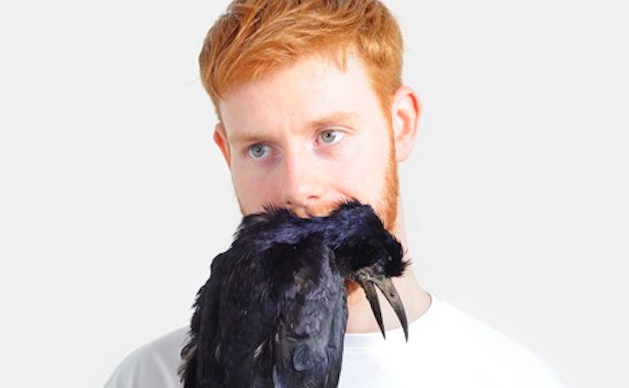 It is a play that the young student Jeff James envisaged he would tackle ‘as a grown-up director at something like fifty years old’, yet, only a few years on, he is the director of ‘Stink Foot’ at The Yard Theatre: an adaptation of Sophocles’ ‘Philoctetes’.

A glance at James’ CV makes it evident that this play, a lingering perplexity at the back of his mind, has come to the forefront of his work in the last couple of years. His workshops at the Young Vic – where designer Alex Lowde (with whom he has previously collaborated) first became involved in the project – and the National Theatre Studios made strides towards his final realisation of the play.

Sophocles’ play is centred on the character Neoptolemus, an advocate of truth and honesty, who is sent from the Trojan War to the island of Lemnos where he is to convince the castaway Philocetes to return to the fight. Philoctetes has lived ten painful years on the island with the stench of his infected foot as his sole companion; the cause of his shipmates’ abandonment. The circumstances magnify Neoptolemus’ dilemma: in order to gain glory he must do the dishonourable thing and lie. It is the importance of this lie that James intends to impress upon his audience by ensuring the ‘ethical stakes are high’ throughout.

The ‘extremity of Greek tragedy’ is what he finds most striking about the genre, and the challenge of directing a play from the ‘beginning of the theatrical tradition’ appears to have remained of keen interest to him even whilst establishing himself as a theatre director. Yet James’ intellectual fascination with the play, in his opinion ‘one of the best plays we have’ today, pales in comparison to the self-imposed pressure of living up to his own expectations of theatre. It is a play he says which, ‘speaks to me now…confronts my own life’ and ‘feels very contemporary’. Indeed, as James states, the play in many ways is ‘transcendental’ albeit ‘so far removed from us’. But bridging the gap of over two thousand years between when the play was first performed (in Athens in 409 BCE) and present day theatre, is not a challenge for the dispassionate!

Even though there are flecks of modern living- Nike trainers being such an example – within his production, James believes a director cannot successfully push an old play ‘into the box’ of a modern setting since the ‘transposition is limiting’. Although ‘Stink Foot’ has been termed a ‘modernisation’ of an ancient play, James is keen to let the ‘words create the world’ within a ‘fantasy theatrical space’ devoid of historical grounding. The production’s timeless setting is reflected in The Yard Theatre itself. Composed of reclaimed and recycled materials, the auditorium takes the form of a traditional amphitheatre housed within an industrial warehouse: a conglomeration of new and old. The venue’s peculiar blend of the antiquated with the contemporary is wonderfully apt for James’ unusual staging of the play.

Performed in a pool of treacle, this ‘bold and messy retelling’ of Sophocles’ play confronts the question of ‘how to express a foot being corrupted and infected’ without being melodramatic. Inspired by Richard Wilson’s waist-high oil slick art installation ‘20:50’, James’ inventive use of treacle creates a sense of ‘primeval matter’ that ‘looks a bit like shit’ and is an ‘interesting substance on stage’. The day before interviewing James had been the actors’ first rehearsal with treacle. It had proved ‘problematic’ by impeding the actors’ speech and movement around an increasingly slippery stage, yet James is delighted by the symbolism: a clean stage becoming one of sticky corruption that entraps the characters. Treacle-less rehearsals have, however, allowed the director and cast to focus on ascertaining a balance between ‘an acting style that honours the emotional journey of the characters’, and one that remains firmly rooted in physical sensation. It is the fine line between a ‘naturalistic’ and consciously artificial mode of acting in the theatre that James hopes to boldly tread in ‘Stink Foot’.

‘Stink Foot’ promises to be a great addition to Jeff James’ portfolio, which is already testament to his burgeoning career. After all, how many directors can lay claim to having their name in print as a co-writer with Sophocles?

‘Stink Foot’ runs from Tuesday 18th November to Saturday 13th December. Tickets are £12.50 (and concessions are £10). For more information: http://www.theyardtheatre.co.uk/event/stink-foot/all/