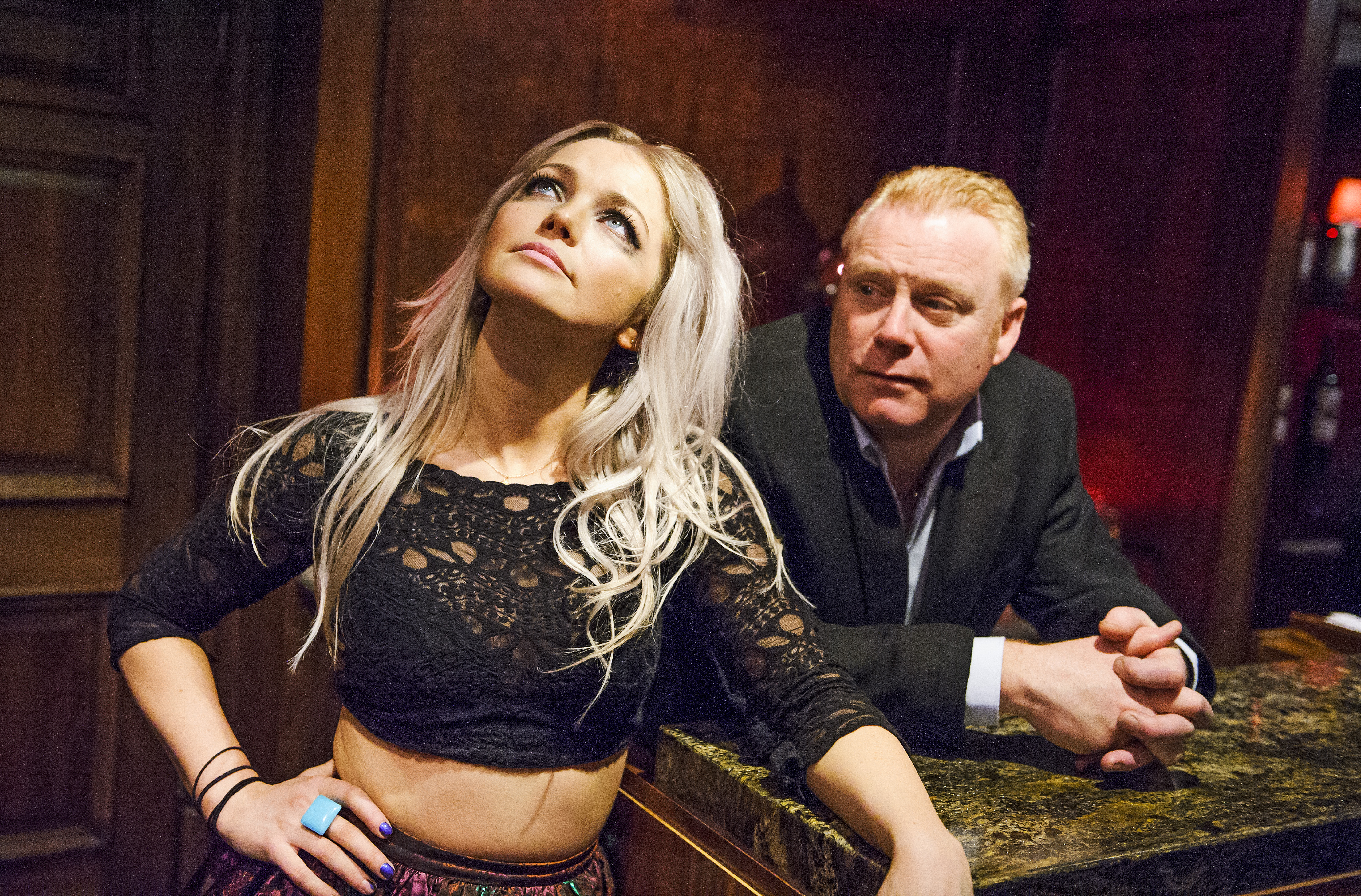 ROSIE HEWITSON reviews ‘The Armour’ at the Langham Hotel.

Standing proudly at the top of Regent Street, The Langham Hotel has played host to its fair share of famous faces during its long history. Favoured by Mark Twain, Oscar Wilde, Wallace Simpson and Lady Gaga, it was the first London hotel to have electric lighting and hydraulic lifts, and makes appearances in various bastions of British culture from the James Bond films to the Sherlock Holmes novels. You could say it’s a national institution comparable to The BBC’s Broadcasting House, which sits just across the street.

Which is why, as part of the hotel’s 150th Anniversary celebrations, its owners commissioned the 1865 Writer in Residence Award. Its winner, playwright Ben Ellis, has worked with theatre company Defibrillator—responsible for last year’s sell-out season of Tennessee Williams’ ‘The Hotel Plays’ at the Langham—to create ‘The Armour’, an immersive play spanning the three centuries of the hotel’s lifetime. 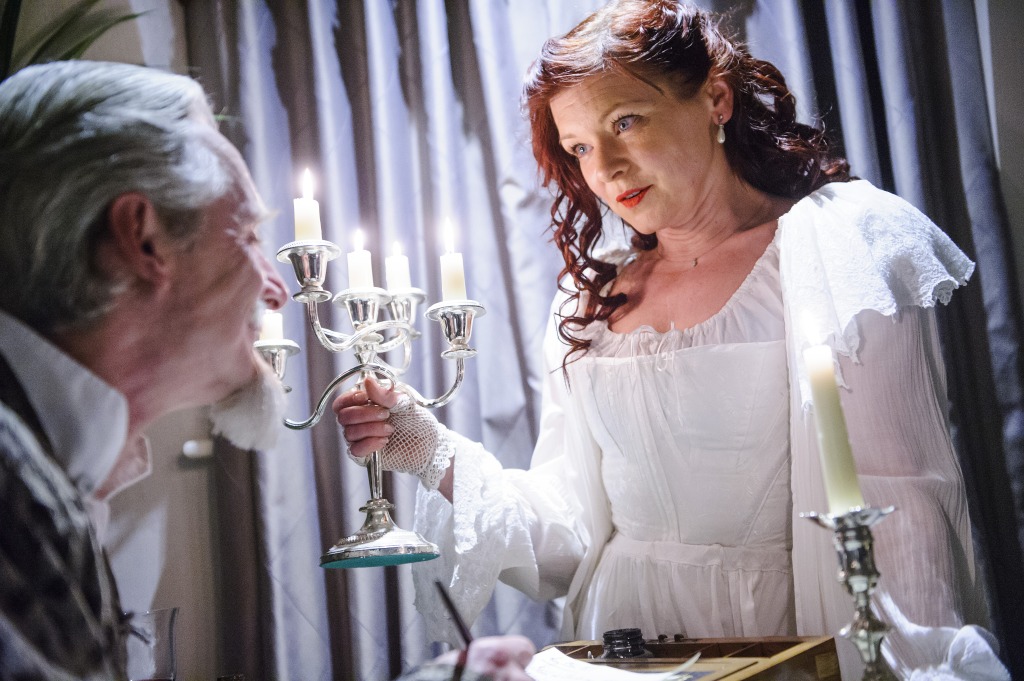 In the first of three acts, Hannah Spearritt of S Club 7 fame (rather appropriately) plays a pop star on her comeback tour. Jade is tired of the celebrity lifestyle and has refused to go on stage, instead locking herself in an unused basement bar in the hotel with an old coat she has ‘liberated’ from a glass case in her room. Her manager Franky (Thomas Craig), a cockney geezer and family friend, begs her to put in an appearance for the 20,000 fans waiting patiently in a nearby arena. Although Ellis’ writing packs quite a lot of laughs into such a small space, the scene is too short for the characters to become anything other than farcical caricatures. With more time, the trope of the misunderstood starlet might have been explored with a little more nuance, but in less than half an hour it is difficult to be emotionally invested in the story and the tender moments fall flat as a result.

We are then rather clumsily chaperoned upstairs to the 3rd floor, where a room has been transformed into a dingy, claustrophobic recording studio and we learn that the next scene is set in 1973, when the hotel was taken over by the BBC. American shipping container manufacturer Peter (Simon Darwen), accompanied by his less-than happily married wife Eloise (Siubhan Harrison), is waiting to give a radio interview on his controversial plans for developing London’s docklands. We learn of Peter’s unresolved bitterness over his brother’s death in Vietnam, Eloise’s family’s disapproval of her marriage, Peter’s preoccupation with his work and the strain all of this has put on the couple’s relationship. Again, there’s quite a lot of context to squeeze into half an hour. The shipping theme is a bit perplexing and I’m still confused about the title of the play; nevertheless, the acting is excellent and this act is my favourite amongst the three. 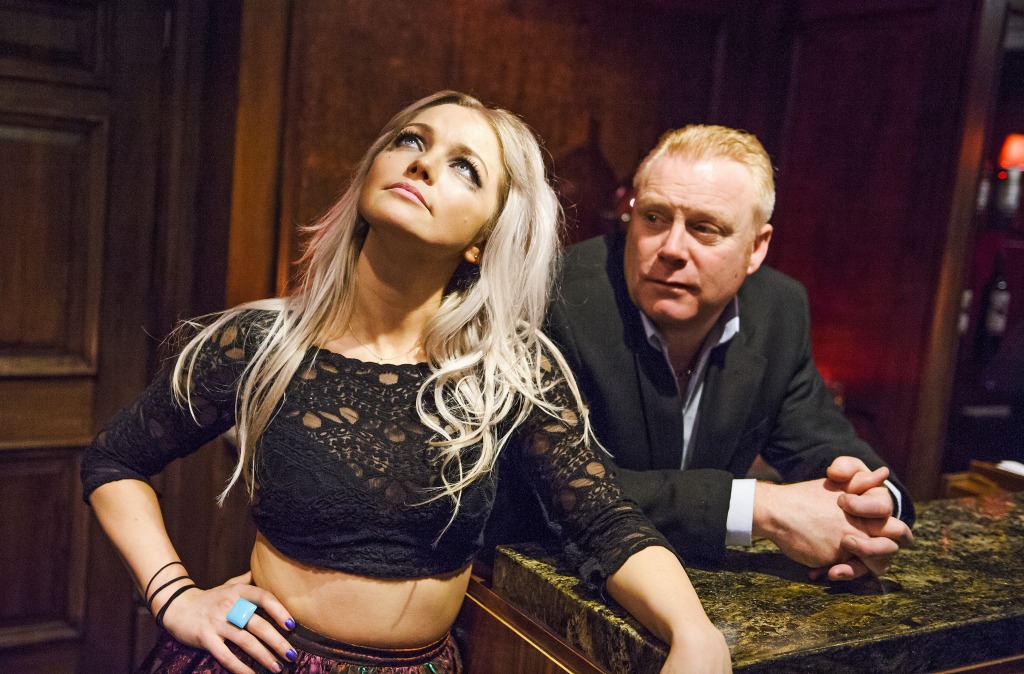 We finish our whistle-stop tour of the hotel in a candlelit bedroom in 1871. The exiled Emperor Napoleon III (Sean Murray) and his wife Empress Eugenie (Finty Williams) have taken refuge at the recently built hotel. Aging and addled by laudanum, Napoleon sits at a desk late into the night struggling to write a history of his empire. There is, at last, a real poignancy in the relationship between these two characters. With just enough of a sense of nostalgia for the hotel’s glorious past, it’s a suitable conclusion for the play. And another niggling problem is solved; Napoleon’s military coat, which, we learn through some slightly heavy-handed dialogue, was bequeathed to the hotel during his stay, and is the ‘armour’ that links the three acts together.

Time constraints were the main problem for this play. As an anniversary project, the desire to celebrate the Langham in its various guises since its creation is understandable, but the first two acts in particular have the potential to be developed into full length plays in their own right. Nevertheless, more a dramatized historical tour than immersive theatre, ‘The Armour’ is an interesting experience and an evening that can’t fail to entertain – especially if you take advantage of the 15% off drinks in the hotel’s world-leading Artesian bar afterwards!