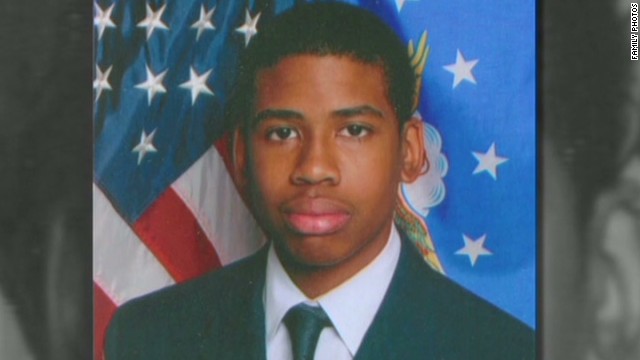 EMILY WALDRON finds ‘3 and 1/2 Minutes, 10 Bullets’ at the DocHouse a disturbing insight into the racial tensions in America today.

The brilliance of 3 and 1/2 Minutes, 10 Bullets lies in the way it tells a story. The documentary gives a voice to the late Jordan Davis, who on November 23rd 2012 arrived at a gas station in Jacksonville, Florida, and died three and a half minutes later. Through snappy editing and thoughtful camerawork we get to see the stories of those affected and the events of the trial which followed his death. The documentary constantly reminds us that this is no longer a fight between two men, Jordan and his killer Michael Dunn, but a battle symbolic of the racial tensions in America today.

The story is told through multiple perspectives: Jordan’s family and friends, Dunn, lawyers, Jacksonville residents and the media at large. The melding of all of these voices helps to highlight the fact that one is missing, Jordan’s. Of course not all voices are given the same platform; although the media is ever-present, they are mostly indicated through voiceovers adding atmosphere to the shots they play over. Visually we only see the media rushing towards us on camera in a predatory way, therefore reminding us they are not here to find the truth but a story. Like the trial, the purpose of 3 and 1/2 Minutes, 10 Bullets is to find the truth in this mess of voices from Jacksonville. This search for the truth is echoed in the camerawork; blurry and then crystal clear shots of Jacksonville are constantly contrasted, reminding us visually of the points the documentary is making.

We are treated to interviews with those close to Jordan and the trial. Other stories are thus tied to the central narrative: Jordan’s parents’ wavering belief in God and his mother’s in herself, Rhonda Rower’s (Dunn’s fiancé) unspoken fear of telling the full truth and the consequences it will have, and finally the public outcry against the stand-your-ground laws. Ultimately all is resolved as Jordan’s mum praises the fact that Rower “stood her ground and told the truth”, even though she condemned Dunn in the process. These stories allow for both the characters of those involved and the multiple versions of the same event to come to light. It is truly nail-biting for those who do not know the story of Jordan Davis, as the documentary does not give us room to guess the uncertain identity of the culprit until the end.

Davis’ death is not a private affair. The mere title of the case – the state of Florida versus Dunn – shows the true impact of it. This is not a simple case but one of the many sparks igniting racial tensions in America today. The documentary shows us that Michael Dunn does not only need to be convicted for truth to prevail, he needs to be convicted for a symbolic victory. These rising tensions are ingeniously mimicked in the visuals with the documentary’s colour palette, slowly shifting from peaceful greens and blues to a harsh monochrome when the trial comes to its climax. This also serves to remind us that one battle, and not the war, has been won.

All in all, this documentary is not for those looking to understand completely the tensions in America today; it is not a fact-based criticism. Instead, its criticism appears through its function as a memorial to a Jordan Dunn and the general agitation it portrays in Jacksonville. The camerawork ties these ideas into the visuals in such a way that the ideas of the film are constantly present. Both the story and the technical content are well thought out and artfully achieved. I cannot say I enjoyed watching the tragedy onscreen, but I certainly acknowledge that it more than achieved the goal it set out to fulfil.

3 1/2 Minutes, 10 Bullets played at the DocHouse from 2nd-8th October. It is out now in selected cinemas.