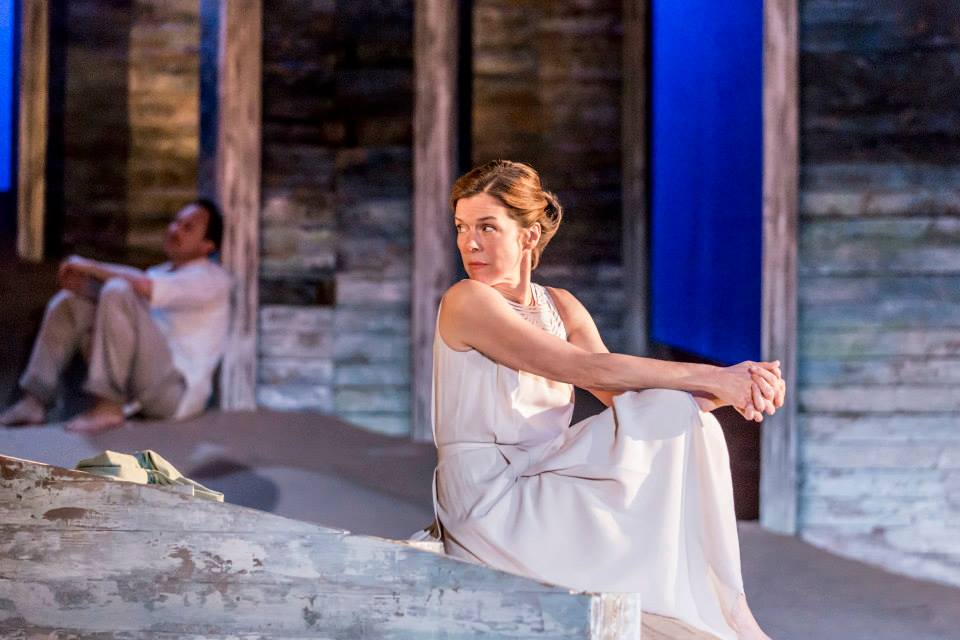 Dick Bird describes his set design for ‘Ah! Wilderness’ as being based on a ghost town, overrun with towering sand dunes and “magic dust” that creates an uncertain, ever-changing quality. There is sand everywhere. It covers up props that are used in later scenes; it is swept aside brusquely as the locations change; it is sprinkled and sculpted and interacted with as a living presence, creating a sense of magic but also one of sadness.

This dreamlike set embodies the essence of Eugene O’Neill’s 1933 comedy. It is a semi-autobiographical work set in the same location as ‘Long Day’s Journey Into Night’ but is imbued with a sense of optimism and hope as he recreates his childhood holiday memories in a warmer light. It follows the Miller family across the fourth and fifth of July as Richard (George Mackay) experiences a truncated coming of age storyline, struggling to come to terms with his girlfriend Muriel (Georgie Bourke) breaking up with him and his lack of independence in the overcrowded family home.

It is difficult to deny that the play showcases an idealised version of O’Neill’s childhood. Richard is 17 in 1906 (the original setting of the play), the same age as O’Neill; yet, his childhood was a far cry from the one he portrays in ‘Ah! Wilderness’. Richard’s parents, Nat (Martin Marquez) and Essie (Janie Dee), may bluster and bemoan Richard’s railing against the idea of the fourth of July and his “unseemly” poetry to Muriel, but there is no denying their affection and support.

The play is sharp and witty whilst also conveying the melancholic undertones that so often permeate O’Neill’s work. Whilst Marquez and Dee create a strong, loving partnership united as the calm heads of a chaotic household, Sid (Dominic Rowan) and Lily’s (Susannah Wise) relationship provides a contrast; their romance was snuffed out fifteen years prior by Sid’s debilitating dependency on alcohol. Although this may have been an idealistic portrayal of O’Neill’s childhood, you get the sense that he can never quite escape from the realities of his own life. 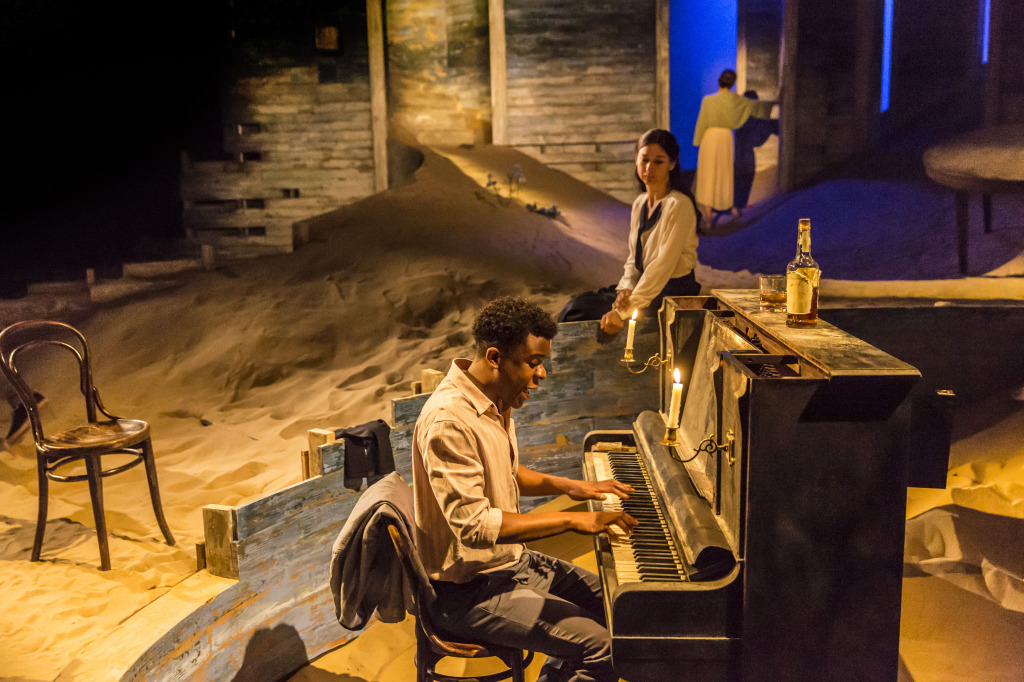 Mackay is the stand-out in the play as Richard. He is both comically dramatic, as he zealously quotes poetry at his appalled mother before flouncing off huffily, and endearingly vulnerable, as he gets drunk for the first time and struggles to ward off the advances of Belle (Yamsin Paige). When he flops face first down into the wet sand you have to cringe, but his portrayal of Richard is full of this boyish exuberance and intense display of emotion. It is a real delight to watch.

However, the production does fall short in some areas. In particular, the stage directions are voiced in a mumble – making them almost indiscernible in some places – and the inclusion of the anonymous writer scribbling down the proceedings on stage throughout the play seems an odd artistic choice, without any real payoff.

Yet, these are minor faults in what is otherwise an enchanting and funny play, with a strong ensemble cast and an intriguing visual interpretation of O’Neill’s only comedy.

‘Ah! Wilderness” is showing in the Young Vic until 23rd May, 2015, and more information can be found here: http://www.youngvic.org/whats-on/ah-wilderness