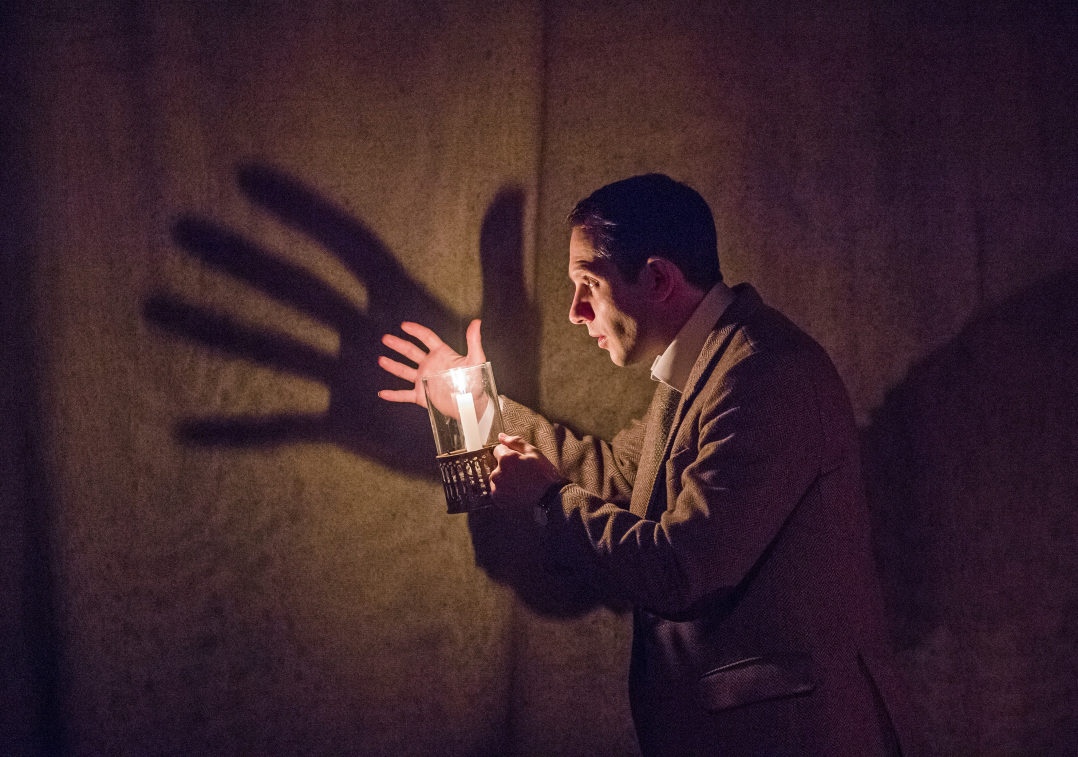 The second longest running West End play after The Mousetrap, The Woman in Black has chilled and terrified audiences since its first performance in 1987. Although it was written fairly recently in 1983, The Woman in Black harks back to the Gothic horror fiction of the 18th and 19th Century: taking your seat brings to mind both familiarity and distance, modernity and antiquity. The inclusion of the book in school curriculums and the 2012 film adaptation have brought the story to a wider audience in recent years. The play, adapted by the late Stephen Mallatratt, however, goes above and beyond the possibilities and achievements of the big screen, providing a depth and permanence to your fear which is rarely found in theatres of any kind. Indeed, Robin Herford’s direction seems to specifically critique modern cinema in many places throughout the production.

The triumph of The Woman in Black stems largely from the pragmatic (and cost-cutting) approach to casting and set, also visible in other successes in the horror genre such as Ridley Scott’s movie Alien. Whereas Scott filled the film’s roles with a host of new and upcoming actors, Mallatratt cast only two actors to represent the many characters in The Woman in Black: Stuart Fox is Kipps whilst Joseph Chance is the unnamed ‘The Actor’. Fox fantastically presents the initially bumbling, timid Arthur Kipps, generating many laughs at the start of the performance. The premise is simple yet profound: as in the original novel, Arthur Kipp is attempting to retell his ‘ghost story’. In the play he enlists the help of an actor to aid him in the telling of his story–though it is only telling, as he insists ‘performance must not be attempted’. The play is constantly concerned with ‘performance’ and reality and the revival of old stories; the distinction between Arthur’s original ‘story’, the rehearsals the play, and the encroaching horror become increasingly blurred as it progresses.

The audience is drawn into the story, fearing The Woman in Black more and more as the distinction between reality and fiction breaks down. This effect is emphasised by the initial clarity between Kipp’s rehearsal and the narrative that gives the audience a sense of stability. As this security disintegrates, it becomes more and more difficult to keep track and we are lost in the action. Early in the performance are jarring moments when The Actor, with a click of his fingers, floods the theatre with light and halts the action to give Kipps feedback on his acting skills. These moments of relief both alleviate the tension as well as accentuate it through this juxtaposition. At the close of the first half you are left with your heart beating and the knowledge that the worst is yet to come.

As the production progresses there are fewer and fewer reminders that you are watching a rehearsal of a story. The suspense is upheld relentlessly. Although not without its customary jump scares, this production’s main method of creating horror is through use of light and sound.  A stand out scene is The Actor’s search through the house with only a candle to guide him. Shadows of his fingers are thrown upon the gauze backdrop in an almost chiaroscuro style, playing on our fear of the unknown. This rusticity seems to dig at contemporary cinema in which ‘the modern audience, [are] fed on a diet of Hollywood special effects’ according to the program. This certainly supports The Actor’s statement that recorded sound ensures there is ‘no need, in fact, for words’. The suspense and fear manifests itself on the lack of ‘words’ and the unknown which is to come. The play ends on this note of silence, as the truth of The Woman in Black and the fate of The Actor is revealed.

This production of The Woman in Black keeps you tense and cold in your seat, an experience not found in any other current West-End play or cinema. Whether you are looking for fear or not, it is an exciting watch and leaves you with plenty to think about, both waking and sleeping, as you leave.

The Woman in Black is running indefinitely at Fortune Theatre. For more information and tickets see here