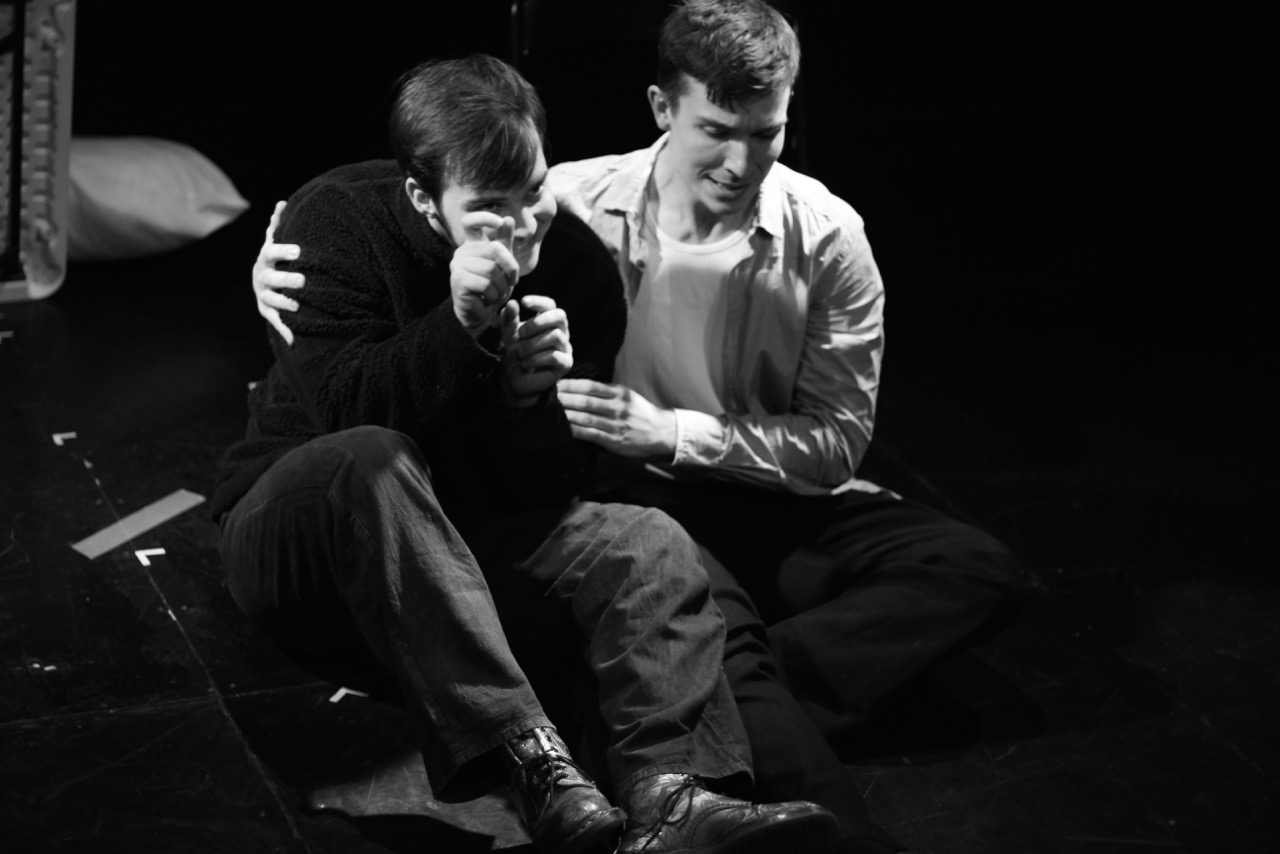 LUCY SILVER reviews the UCL production of ‘The Pillowman’ by Martin McDonagh.

It is not often that I am left reeling by drama, but such was the effect of the UCL production of ‘The Pillowman’.

Over the next hour, the audience is knocked about in the chamber, sharing in Katurian’s terrifying confusion as the truth behind the case unfolds. The main plot line is broken up with interpretations of Katurian’s stories that mostly follow the theme of child cruelty and death, as it comes to light that a killer has used the writer’s stories as instructions for murder. 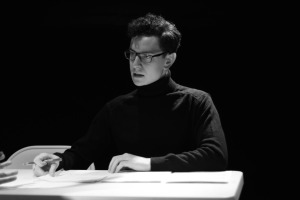 Underpinning these tales is the story of the Pillowman, a sort of macabre superhero, who finds isolated adults on the brink of committing suicide and goes backwards through their timeline to their childhood in order to convince them to end their lives with his help, saving themselves from future suffering. These suicides are designed to look like accidents and to minimise the pain for their loved ones.

McDonagh’s script was sharply delivered as the production vacillated between darkest humour and deadly seriousness, whilst the play’s perverse plot twists kept the audience in a state of suspense right up to the final scene. The excellent pairing of law enforcers, Robinson and Crossley, and their portrayals of hot and cold anger resulted in a tense and engaging performance. 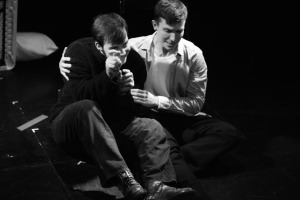 The production was stylishly staged and used apt and affecting prop details from the pillowcase initially used to cover Katurian’s face, to the looming projection of the cross that hung as the backdrop to the harrowing tale of ‘The Little Jesus’. Amongst the stories told is the predominantly autobiographical tale of ‘The Writer and the Writer’s Brother’ that details Katurian’s own childhood.

Lovis Maurer’s portrayal of Michal, Katurian’s older brother, was intelligently approached to convey a unique and multi-dimensional character. Elements of character that didn’t ring true were faults of the script, rather than the actor’s portrayal.

Bartlett’s performance as Katurian was superb throughout, but was perhaps at its best in the scenes between the brothers that revealed some of the complexities of relationships between neurologically typical and disabled siblings. The portrayal of the conflicting feelings of responsibility, guilt, and love as the truth of the play unfolded made the drama all the more compelling to watch.