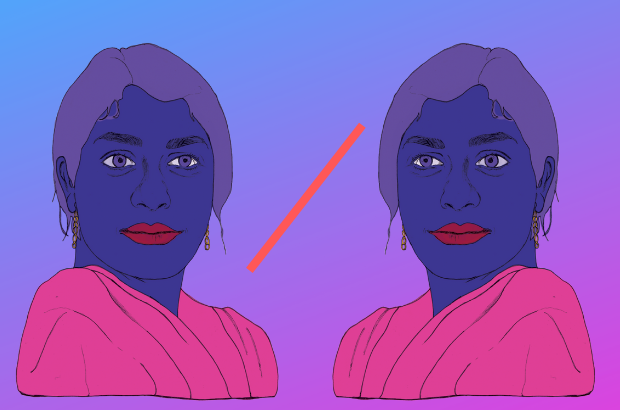 The Yogini is not coy about its themes. Sangeeta Bandyopadhyay’s novel, originally published in 2008 and now translated by Arunava Sinha for Tilted Axis Press, opens with an editorial note on the Indian Shaivite philosophy of ‘niyoti’: fate. The narrative traces the protagonist Homi’s bizarre adventure from a comfortable life to one plagued by uncertainty, propelled by a terrifying obsession with fate, which comes to torment the reader as much as it does the heroine.

Reading a book which is so insistently about fate has you always considering what doesn’t happen, alongside what is happening. The Yogini taunts the reader with the frustrating possibility that the plot which they are reading is not necessarily the only one which could have guided the novel. Had fate aligned the words in another order, the story would have been radically different. With every dramatic twist in Homi’s life, the question of whether it had to be this way is always in the air.

It is important – but sometimes hard – to bear in mind the editorial note on niyoti throughout the novel. The fragment of Shiavite philosophy it alludes to allows for a different understanding of fate: rather than binding an individual to an unavoidable future, fate may instead mean the binding of an individual to the illusion of fate. When Homi finds herself stalked by a hallucinatory hermit who claims to be her fate, is her future set in stone, or is she merely restricted by the feeling that it is? And is there any difference?

Every wind in the novel’s road reveals a different view on fate: fate as a point of universal interconnectedness; fate accepted, fate rejected, fate as pursuer, fate as pursued. It is hard for the reader not to catch the infectious anxieties fate instils in Homi about her sense of self: ‘what is signified by the word “I”’? The writing is prone to rapidly changing tact, as the description of the everyday is suddenly encroached upon by fruitless philosophical ponderance. For Homi, the mundane is now inextricable from the abstract.

The novel shares similarities with Han Kang’s The Vegetarian. The Korean text stormed the English-speaking world in 2016 winning the Man Booker International Prize in a translation by Tilted Axis co-founder Deborah Smith. Kang’s protagonist Yeong-hye has a dream that inexplicably causes her to adopt vegetarianism, as a symbolic disavowal of the normative patriarchal middle-class culture in which she lives. Similarly, Homi’s vision of the hermit leads her to abandon a comparable social condition, which demands submission and conformity in career, marriage, and familial duty. Homi’s wrestle with fate, like Yeong-Hye’s vegetarianism, enacts a struggle for autonomy in the face of supernatural and societal restrictions – if such an act of resistance is indeed possible.

Again, like Kang’s presentation of vegetarianism, fate in The Yogini is bound to ideas of death and sex. Bandyopadhyay’s writing does not shy away from eroticism, with vibrantly imaginative descriptions of the sensual that uncomfortably toe the line between more and less equitable sexual dynamics. While in one moment Homi’s husband is ‘a pirate plundering her before she knew what was going on’, the next sees the couple deftly eased into a passionate illustration of sexual equality: ‘They were a pair of riders racing out of an unbarred stable, sitting on the same horse, holding the reins together. Their clothes slipped off by themselves as they galloped.’

The novel’s ending in Benaras is ambiguous, disturbing, and strangely cathartic. Panic in the labyrinthine streets of the holy city intertwines with unsettling acceptance as Homi comes to embrace her fate. The reader is left in the uncomfortable suspense that comes when the idea of free will is thrown into doubt.

The Yogini constantly challenges the reader, sometimes in following the twists it takes, but more intensely in the problems it asks you to share with Homi. This effect is enforced by the editorial note on niyoti that opens the novel. Beyond this though, the note consciously stamps the novel with Tilted Axis’s unique identity that defines its novels. The publishing house once again proves itself to be at the frontlines of bringing under-represented works to an English-speaking readership, specifically presenting the more experimental, radical, and cutting edge works. The Yogini exemplifies the success of this pursuit.