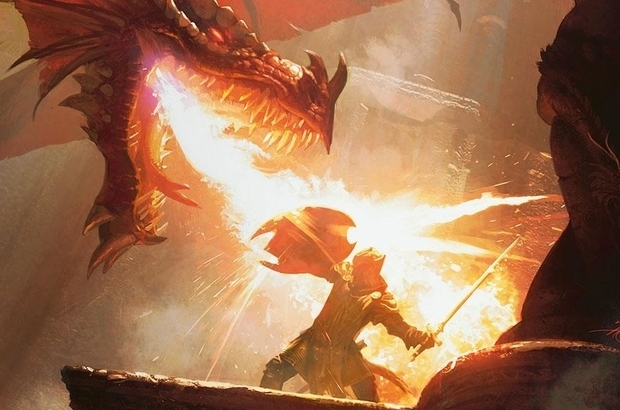 The young company Theatre, JK asserts its aim to ‘create work which challenges outmoded forms’. In its new work-in-progress production, Theatre & Dragons, they draw the audience into a fun and exciting night, inviting many into what would be a first encounter with interactive theatre. However, the performance does not quite live up to the company’s manifesto – in the well trodden landscape of fringe theatre, T&D is unfortunately not ground-breaking. In adopting the Choose Your Own Adventure format, the creative is naturally left with little legroom beyond plot in which to innovate. The storyline of such a piece, too, requires a certain wit and originality to flourish and survive above other iterations. Ultimately, although the output in this case remains consistently entertaining, it does fail to find a niche necessary to hold itself above the masses in the current climate of immersive theatre.

The show is formulated by Conall Borowski, Franciska Ery and Andrew Bourne, with the experience being hosted by the latter two. Structured around scripted readings from the pair of performers, the artistic value of the piece lies predominantly in its plot. The audience is invited to choose from a variety of genres to ‘play’, so the performance would conceivably change night by night. Indeed, at various points, the eager participants are requested to make a decision, or to engage in simple games like throwing balls or pouring cups of water to progress to the next stage of the narrative. In this way, the show divulges from being a play in a conventional sense, and becomes a sort of guided adventure, with a vast multiplicity of potential directions.

At the performance of T&D I attended, the sci-fi narrative that was chosen was a direct emulation of Star Wars. Though this added a humorous familiarity on which the story was founded, the particular plotline failed to find its own verve outside of an already over-exploited style. The narrative manifests itself as a Matrix-style journey where, among other things, participants ‘wake up in a Camden theatre’. This actively self-conscious premise and the typically studenty humour that came with lines like ‘you get fucked up on space ket’ set a charming tone but was potentially limiting. With character-breaking from the actors as well as a lamppost-mounted sign reading ‘4th wall’, the play further divulges from a traditional piece of stage-work into the realm of the meta. However the breaking of the fourth wall does not quite add anything to a play the whole conceit of which relies upon an interactive story; it cannot bring much to an experience with only three walls standing.

While unorthodox on the mainstream stage, the Choose Your Own Adventure style is commonly used in fringe performances and can end up a constraining rather than liberating device. T&D naturally stands in contrast to other, similar productions that may have grappled with the format more successfully. Looking to the perennially popular web game and live show experience A Dark Room for instance, provides some light. The game is rather simply formulated, short on narrative heft, and virtually impossible to complete – rather than its minimal core structure, it is the booming and hilarious host character, John Robertson, who adds the spark to this immersive piece. Clad in outlandish ‘armour’ and equipped with catchphrases eagerly shouted back by the entranced audience, Robertson has made it as a popular icon. By comparison, Theatre & Dragons lacks such charisma and originality, presenting itself as a more straightforward CYOA experience. Indeed, it proves to be ‘immersive theatre-lite’, its games becoming gratingly repetitive, then withstand the rest of the narrative. There needs to be something new, something defining, to bring it to the level it could quite easily reach – Theatre, JK just needs to consider their options and think through unique additions in order to elevate this experience to where it wants to be.

The entire concept of ‘meta-theatre’ seems, at least in 2017, to leave a slightly sour taste in the mouth. This piece seems to typify the genre, and feels like an echo of many other forms (found footage films, dual narratives à la Gone Girl, neon style over substance et al.) that have fallen out of favour for a variety of reasons. The whole style has begun to stale over time. The idea has seen more than its fair share of use throughout the late 20th century with keen fourth wall smashing across the arts. Now, having been reared on such material, the current theatre-making generation seems ill-poised to make such concepts the centre of their own works for the clear reason that meta-theatre is no longer original. Breaching the boundaries of the stage is exciting to witness, and irresistibly enticing for the artist, but needs a new twist and subtlety to have merit given its history.

It seems, throughout this piece, as if the play is criticised for not being enjoyable. In fact, it proved to be an exceptionally entertaining night, with the audience participating wholeheartedly and fast jokes (particularly those concerning Shia LaBoeuf) hitting home runs. However the production as it stands needs more to achieve longevity – the company is tackling a now overused type of theatrical experience, and needs to defamiliarise the production to give it a unique flair. Though Theatre & Dragons may not reach far beyond this basic kind of immersive theatre, it is still a work-in-progress, and in confidently entertaining to such a degree, the framework has certainly been laid for potential progression into uncharted territories.