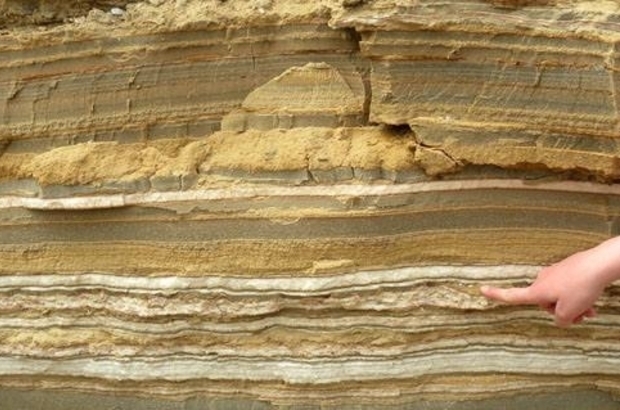 CLASTIC is a one-week residency of artistic exchange bringing together five performing arts groups from five different European countries to live, share and create together in Valchiusella valley, in the Italian Alps. The residency invites groups to reflect on the meaning of European cultural heritage in our current historical context, when Europe is living through a process of social, political and cultural fragmentation. ‘Clastic’ is a geological term that describes rocks formed from fragments of pre-existing minerals, solidified through external forces which act on the fluid in which they move. I thought this was a perfect image to describe European cultural heritage and identity: a series of fragments from the past that are re-configured into new solid structures in the present and which can persist into the future. Incidentally, Valchiusella is a glacial valley which was formed thousands of years ago from clastic rocks. CLASTIC started on July 14th and we’re now on our third day of workshops and creative sessions. So far, it’s been an incredible experience of exchange both on a human and artistic level.

Where did the inspiration come from?

I had the idea of CLASTIC last April while I was participating in a series of workshops among theatre companies in Poverarte Festival in Bologna, where I did my Erasmus a year ago. I have just graduated in European Social and Political Studies from UCL, which is a degree with a very international base of students, and having lived in the UK, Italy and Spain has allowed me to participate in workshops in all three countries and see how their understandings of theatre differ. So, my first thought was to extend this format of artistic exchange to a European level. When I got the funding from UCL I made a call out looking for a space and Biloura Collective, who I had met during the Festival, offered immediately to host the residency. They’re an intercultural, transdisciplinary group based in the region, which is Piedmont, and they have worked for years in international performing art networks, so their view fit perfectly with my idea of an artistic residency. In fact, they have turned out to be the perfect partner for the project. Since 2018 has been designated by the European Commission the European Year of Cultural Heritage we had the idea of working around the theme of European heritage in the performing arts. I thought it’d be interesting to see how the heritage of each participant would come together and change in the interaction with traditions from different countries outside of their birthplace. In fact, so far everyone agrees this encounter of different nationalities and disciplines has been extremely productive.

What does it involve?

We selected five different performing art groups with the requirement that they were based in five different European countries and that each of them did a different type of work. Our main aim was to have a diverse group to enrich the experience of artistic exchange. The selected groups are I Patom Theatre from France, Tanztheatre Adrian Look based in London, Theatre of Inconceivable from Croatia and Heynaz Germany. It’s fantastic because they all do very different stuff but somehow we’re finding there’s a common thread between all of them.

The way we have structured the residency is that in the morning one of the groups leads a workshop for the others to share their creative process and how they go about generating material. In the afternoons we have creative sessions in which we prepare a performance which we will present in front of an audience on Friday 20th in Ivrea, a town in Valchiusella. These are moments of total creative freedom in which each of us has the opportunity to add something of their own artistic and personal heritage.

The results so far have actually really exceeded my expectations. The material we are creating is gaining in depth and becoming more organic every day and I think is unique in the way it assembles all these different stories which in the end is a reflection of this ‘clastic’ view of European cultural heritage, not as one, pure thing but as a union of fragments through different forces. Apart from that, we’re all staying together in a hostel in Alice Superiore, a small village in Valchiusella. Biloura’s space has been fantastic and we have breakfast there every morning and then lunch in the courtyard, which each day is cooked by a different group of artists. So it’s really not only about the artistic exchange but also about this idea of a community of artists who share a space and live together and I think this has given a completely different energy to the process.

What’s the aim of CLASTIC?

The aim of CLASTIC is to create a transnational, transdisciplinary network of artists. We want to promote the sharing and exchanging of ideas and practices in performing arts that can generate future collaborations across borders. It’s very important to us as well to valorise, share and reuse Europe’s performing arts heritage and to call for the revaluation of the role of performing arts in society promoting wider accessibility across artists and audiences.

Why is Clastic important and why now?

Having lived through Brexit and seeing the general rise of nationalism in Europe I thought that an initiative that worked across borders would be a political statement about the future of Europe that I wanted to make. Seeing the enthusiasm of all of the artists that have joined the project I see I’m not the only one. It is crucial, particularly in this context, to find new, creative ways of using heritage not as a weapon against others but as rocks that can be re-configured and re-used to build a future Europe together.

CLASTIC ran from the 16th to the 21st July. Read more about the project here.