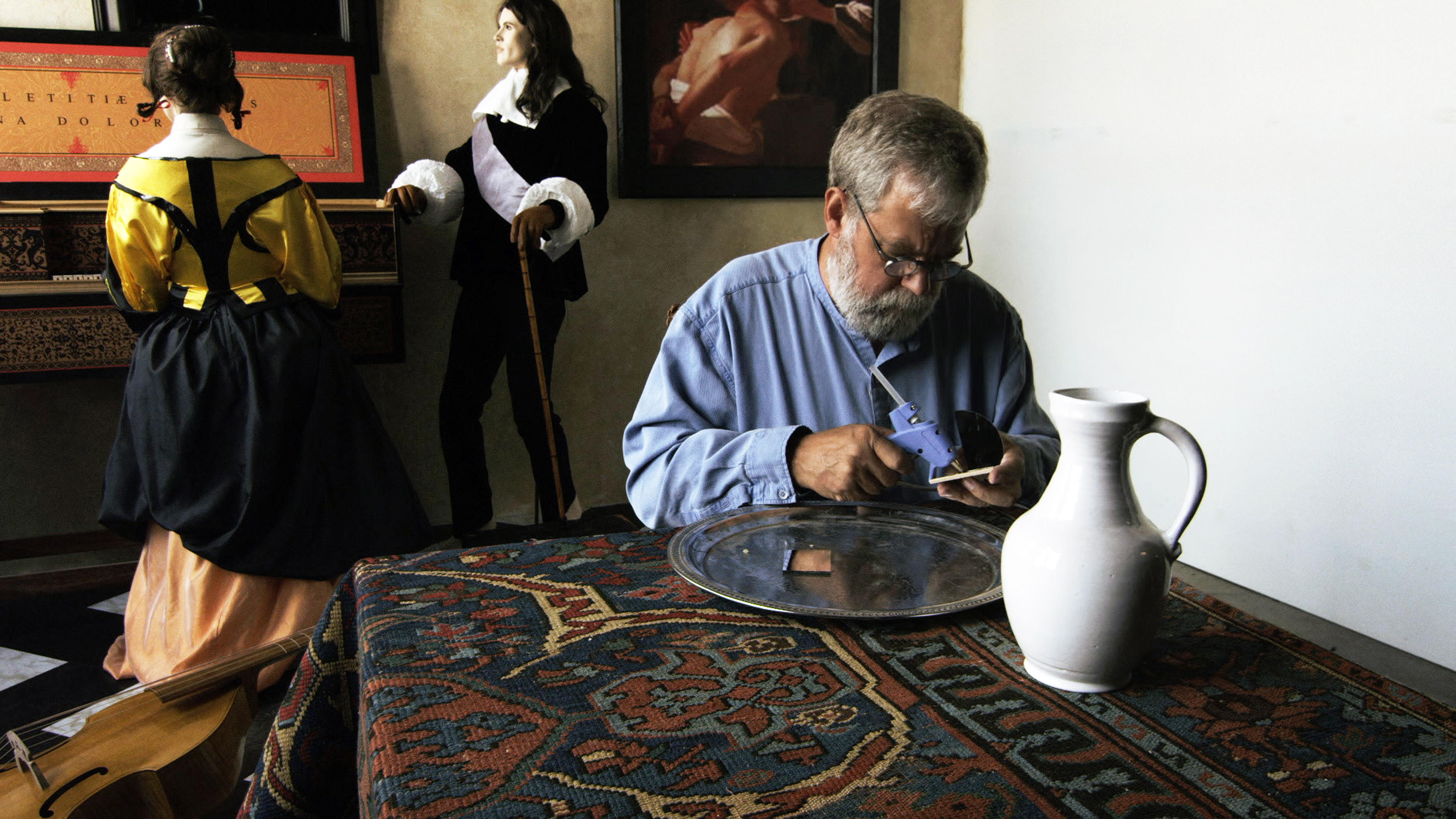 In 2001, UCL Professor Philip Steadman wrote the controversial (well, as controversial as Art History can be) ‘Vermeer’s Camera’. Steadman proposed that the Dutch Renaissance painter, Johannes Vermeer created his pictorial masterpieces using a machine devised from optics and mirrors. The machine, named a Camera Obscura, projected a reversed image for an artist to trace onto the page. Steadman’s extensive, practically mathematical calculations provided convincing evidence that Vermeer used this method for all of the 34 paintings attributed to him. So why the uproar in academia? By attributing Vermeer’s genius to a mathematical method, many thought Steadman was stripping the artist of his creativity and talents. 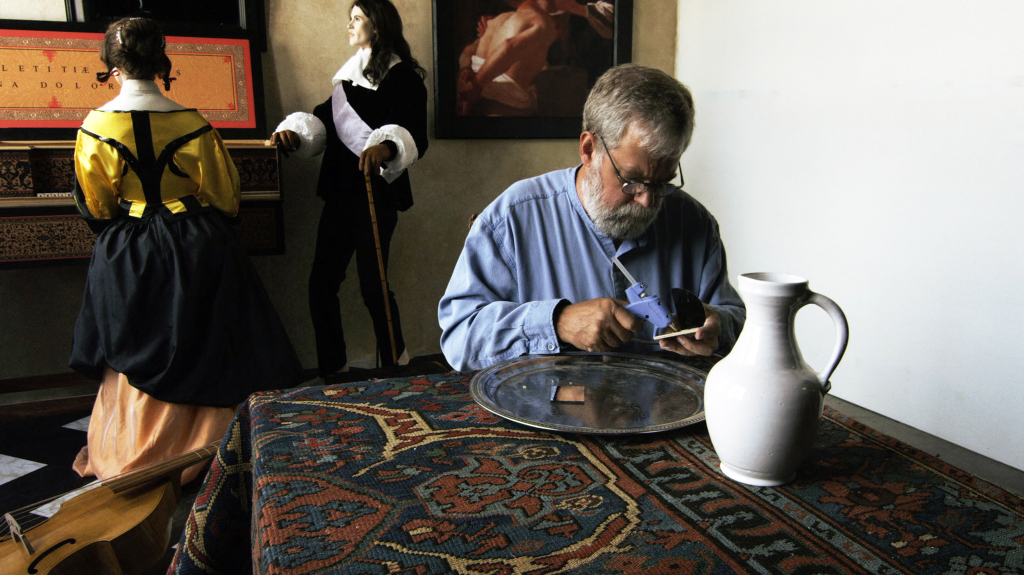 This is exactly what Tim Jenson, thousands of miles away, was so fascinated in – the constantly imposed gap between science and art. As a compute software creator, Jenson saw his profession as bridging the gap between to two. After reading Steadman’s book, he saw that a unification of the two disciplines was present in Vermeer as well. And so, in some passionate mid-life-crisis state, Jenson decided to recreate Vermeer’s masterpiece, The Music Lesson, using Steadman’s theory. And, believe it or not, it actually worked. Jenson, a man with no previous experience in drawing, created an near copy of Vermeer’s domestic scene.

The film, with its exhaustive detail and excruciating precision, was enjoyable and surprisingly easy to watch. It had excellent moments of humour (highlights included a cameo of chain-smoker David Hockney), moved with a quick pace and kept the audience engaged for its 80 minute running time. However, while there is no arguing that what Jenson achieved was remarkable, the film didn’t match the message. With power-point style fades and wobbly tracking shots, this film should not be watched for its screen aesthetic. The patronising and overtly simple explanations of Vermeer’s work (few people would be watching this film if they didn’t know even a little about Vermeer) were tiring and the string instrumentals and shaky shots of the Dutch landscape could easily be done without.

Yet the main issue I had with the film was the futility of the project. While there is no problem pursuing your interests, I couldn’t help but wonder what good would come if someone invested that much time, passion, energy and money into another cause, one that was less insular and more far-reaching. The only brief glimpse at a wider message came towards the end of the film, when the flicker of the original debate ensued: the reconnection of art and technology and the problem of the artist becoming (or using) a machine. If these points had played a leading role, the film would have been a lot more driven and as a result, even more enjoyable than it was.