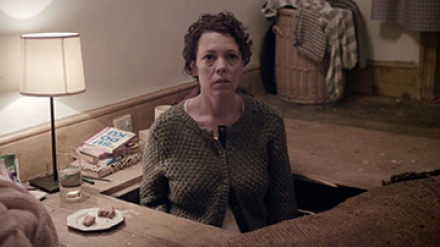 BECCA COATES visited the UK Film Festival’s recent Short Films Day at the Electric Cinema in Shoreditch, and has chosen her pick of the bunch.

Nestled in the centre of Shoreditch, the cosy Electric Cinema is the perfect setting for the eclectic mix on display at the UK Film Festival short films day. Despite its name, the films come from all over the world, from China to Hungary to Mexico. The short films day is a competition, and eleven films have been selected from the entrants to be shown. Despite their brevity, the films do not shy away from difficult topics, with subject matter as diverse as the Japanese occupation of China, or the struggle of re-entering the world after a stay in a youth correctional facility. Although all the films are of a high calibre, there are a few that particularly stand out: 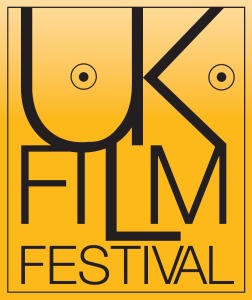 In short films, every frame takes on a special importance. The final moment of Crocodile, a film that explores a father’s (Michael Gould) grief at his daughter’s untimely death, is a few seconds of blurry home footage of his eye. It comes directly after his own death fighting a crocodile – reliving his daughter’s final moments – and it poignantly echoes the home footage of her played at the beginning of the film. Over the course of sixteen minutes we have watched his life unravel, and now he is mere footage, frozen in time. The narrative follows his point of view and this final shot is an almost meta reflection on the role of his audience: his wife (Lucinda Raikes) can now only watch and remember, just as we, the audience, watch him crumble and collapse, helpless to stop it.

Rio uses a charming mix of stop-motion animation and live action to potray the real-world struggles of Chinese immigrant father (Longmon Wang) and his daughter (Kadelina Fang) through the child’s eyes. Although Hsu Ji’s imaginings escape into the real world and have an impact on her life, they are still a reflection of her own emotions and dreams. For example, when the animated walrus turns the gas tap, leading to an explosion at the building where Chen Ji works, it echoes Hsu Ji’s knowledge of the danger of his job, and her fears that he will get hurt. It is a magical tale, one Rio describes as “a combination of what is possible and whatever the mind can come up with”, and it is a world into which we are drawn beautifully.

The Karman Line is the tale of a mother (Olivia Colman), who one day unexpectedly begins to float away from the earth. It starts as a slightly surreal comedy but ends as a genuinely heart-breaking tale of loss, as her family (Shaun Dooley, Chelsea Corfield) struggle to come to terms with what is happening. The bizarre premise works to defamiliarise the process of grief, and the strong performances from all three main members of the cast bring that home perfectly. (It is also the only film you will ever see with “with special thanks to Victoria Farmer for letting us cut a hole in her ceiling” in the credits!)

Centered on a single phone call to a crisis centre, Kirkby’s camera never shows us the caller on the other end of the line (Jim Broadbent), instead placing us firmly in the presence of centre worker Heather (Sally Hawkins). Trying to work out exactly what is happening at the same time as her, our shared lack of knowledge imbues us with the same sense of desperation and helplessness. With so much dependent on dialogue, director and co-writer Mat Kirkby spent almost two and half years polishing the script. Despite this precision, the fact that Broadbent was on the phone with Hopkins for real, in the next room, gives the conversation a sense of spontaneity and realism. It is a devastating twenty-two minutes, but we leave oddly hopeful, with a sense of a life that has been well lived.