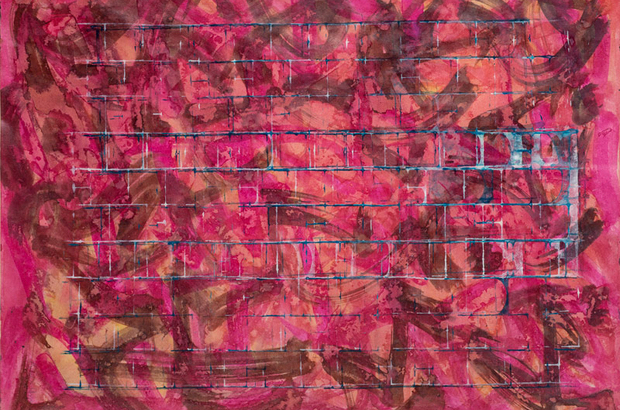 LAITH CAHILL uncovers the relationship between language and migration at the Jewish Book Week Cultural Festival.

One morning in Prague, the young Elena Lappin was getting ready for school. Unfazed by the ticking clock, she was tying her shoes with a child’s studied patience; she was going to be late. To convey his frustration, her father uttered the old Russian phrase, ‘you are drinking my blood’. Lappin replied, in Czech, ‘am I drinking it in a cup or in a glass?’

It was then that Lappin realised she wanted to do this for the rest of her life; she knew she wanted to write. Speaking at Jewish Book Week cultural festival with the Turkish novelist Elif Şafak and the literary critic Lucy Scholes, Lappin remarked that Czech had everything she wanted in a language: it was playful and ironic, light and flexible. For the young Elena, here was a language that could parry, with a flash of wit, her father’s Russian quips.

Lappin’s new memoir, What Language Do I Dream In?, details a life created through language – or rather languages, for she speaks Russian, Czech, German, Hebrew and English; ‘five languages in search of an author’ as she phrases it. Her story dovetails perfectly with that of Elif Şafak. Both writers were whisked away from their birth place at a very early age. Şafak moved from France to Turkey – her mother’s homeland – where she was raised by a single mum. From there she lived in Madrid, Boston, Michigan, Arizona, and Istanbul, before arriving in London. Lappin moved from Russia to Prague, Hamburg, Israel, Canada, and America, before likewise finding herself in England’s capital.

For both women, the ruptures inherent in their nomadic existence were as much about language as they were about place. In Hamburg, Lappin experienced an emotional resistance to German, feeling unable to write in a language that still felt inextricably tied to the Holocaust. In Israel, she found she didn’t ‘have access to the many depths and biblical layers’ of Hebrew. But both she and Şafak have since flourished in the English language.

The writers found two benefits to writing in English. For one, it remains a remarkably open and malleable language. Lappin felt that ‘all the languages that are you are contained within your own English’. Şafak praised the ease with which words like ‘chutzpah’ are absorbed into the English vernacular, and the comfortable cohabitation of Welsh and English on Wales’ civic signs. In comparison, Şafak felt that Turkey was forgetting the diversity of the Ottoman empire. Through a ‘Turkification’ of the language, what was once a ‘melange of words’ representative of an empire stretching from Algeria through and across the Balkans, became shorn of ‘55% of the vocabulary’.

Their second reason to use English – neither Şafak nor Lappin’s mother tongue – was the opportunity it provided them to observe themselves as they wrote. ‘When you speak another language, you get additional zones of existence’, they agree. You have the freedom of ‘one foot in, one foot out’, or of being ‘part of the community but also outside it’. But how long can an individual exist outside a community? And do they become, as Theresa May put it, ‘a citizen of nowhere’? These two writers stand testament to the contrary. Lappin supplies the image of a tree, employed by the Libyan writer, Hisham Matar, to depict the émigré writer: not as rootless but as the most rooted. ‘Every word you write’, she considers, ‘is rooted to that pain of loss’.

This is especially true of the refugee. To leave your country of birth is to suffer an irreparable loss. Edward Said defines exile as ‘the unhealable rift forced between a human being and a native place, between the self and its true home: its essential sadness can never be surmounted’. Matar, who had originally been billed to appear alongside Lappin at the festival, suggests two writerly responses to the pain of exile. First, like Nabakov and Conrad, to write in another language and so ‘cure himself of his country’. The second solution: to return. Life for the refugee, being defined so singularly by the unreachable homeland, leads Matar to ask in his latest work, The Return, ‘what can you do when you cannot leave and cannot return?’

Inhabiting multiple languages, as Elif Şafak and Elena Lappin have done, has left both writers with a strong sense of the invaluable nature of migration. Language can be open or closed, traditional or forward-thinking, but at its best, it teaches us the multiplicity of the human condition. An audience member at Jewish Book Week asked whether humanity would have been better off had it not been for the Tower of Babel. ‘No’, Şafak answered, ‘we need conflict to move the story forward’. These authors agree that deliberate attempts to control multiplicity are misguided: ‘we are made of water’, they assert. ‘We are fluid. We have multiple identities. It is not natural to be static’.