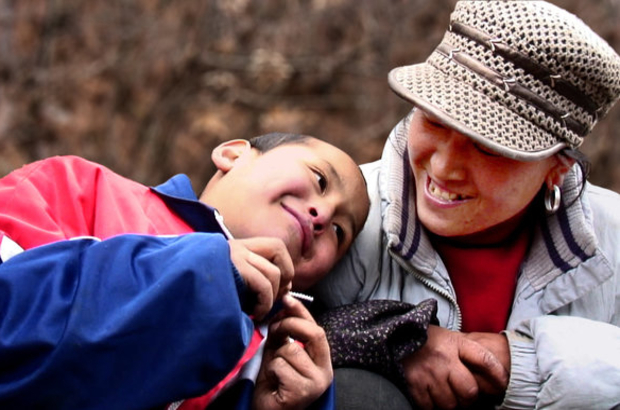 NICK FERRIS looks at Jocelyn Ford’s award-winning documentary that questions the value of faith and culture in modern Chinese society.

It is easy to forget that everyone has a story. All the faceless people in the street have a background hidden from sight. It takes a curious and adventurous mind to seek out those stories: a mind such as that of American journalist and filmmaker Jocelyn Ford, who decided to strike up conversation with Zanta, a Tibetan vendor she encountered in Beijing. Ford had begun the conversation hoping to learn more about the lives of the city’s marginalised Tibetan population, but it triggered a tale of heartache, desperation and friendship that is documented in her remarkable film, Nowhere to Call Home (2014).

Zanta hails from a remote village in the Tibetan Himalayas, completely isolated from the bustle of modern China. After marrying for love, as opposed to improved social status, Zanta was widowed at twenty-eight. A tyrannical father-in-law coerced Zanta to marry his second son, who was serving time in prison, and she fled to Beijing with her seven-year-old son, Yang Qing, to escape. But Beijing was no easy refuge, and the viewer painfully observes the devastating clash between communist workers and the extreme piety of Tibetan Buddhists like Zanta. Plagued by poverty and battling discrimination, she sees her contact with Ford as an opportunity for friendship, support, and money.

Nowhere to Call Home has no clear thread and exists as a series of vignettes that powerfully portray the various trials and abuses faced by ethnic minorities in Beijing, as well as women in isolated Tibetan communities. An ambient and poignant score works alongside insightful shots of Tibetan scenery and life in the slums. At times, the extent to which Ford delves into the intricacies of Zanta’s situation can make the film seem like an academic case study; yet on the whole these moments illuminate rather than impede the narrative. Nowhere to Call Home remains a deeply personal story. Moments of humanity, from Zanta’s enduring toothy grin to Yang Qing’s spontaneous embrace of his upset mother, are ultimately what stay with the viewer, by offering light in a time of darkness.

If the film has a moral, it is the importance of education – and Zanta certainly feels this with conviction. Much of the film is concerned with her efforts to get Yang Qing into a school, despite her father-in-law’s aggressive opposition to him becoming a ‘sissy’ Chinese boy, indulged by modern Chinese culture and with no knowledge of traditional Tibetan beliefs and practices. However, the film suggests Zanta herself needs to be educated beyond traditional Buddhist teachings if she aims to improve her quality of life. The way her faith is practised in an environment of hopelessness and despair can come across as frustrating to the viewer. She repeatedly declares a wish to be dead to escape her hardship, viewing her life on a broader cosmological scale that, while comforting, does not resolve her immediate issues. This raises an important question: how far should developing societies aim to preserve traditions when the values intrinsic to their culture inhibits progress?

The contradictions Ford encounters are painfully evident: while she tries to respect Zanta and her ideas, she also recognises that social improvement will only come about when her ideas and faith is rejected. The journalist grapples with her desire to keep a professional distance in spite of her natural human sympathies. This moral conflict is brought to a head during Ford’s visit to Zanta’s village, where she must decide whether to intervene in a battle between Zanta and her father-in-law over who should have custody of Yang Qing. By presenting such a complex dilemma, the film sharply demystifies the West’s one-sided interpretation of Tibetan culture as purely ethical and spiritual, an idealised antidote to Western consumption.

After carefully treading the line as a journalist, Ford embraces her role as Zanta’s supporter, at one point narrating: ‘I don’t want to impose my ideas on them. But then again, I really do’. She eventually comes to sponsor Zanta and her son back in Beijing. While such support undoubtedly skews her objectivity as a journalist, Ford could be forgiven for interfering in what may have been a life-or-death situation for Zanta. With every respect for different cultures in mind, Ford concludes that people’s well-being must be prioritised over keeping her journalist distance, especially in the face of absolutist attitudes like those dictated by Zanta’s father-in-law.

‘Nowhere to Call Home’ was part of the November 2016 documentary season, The Lives of Others, at the Bertha DocHouse. More information is available here.