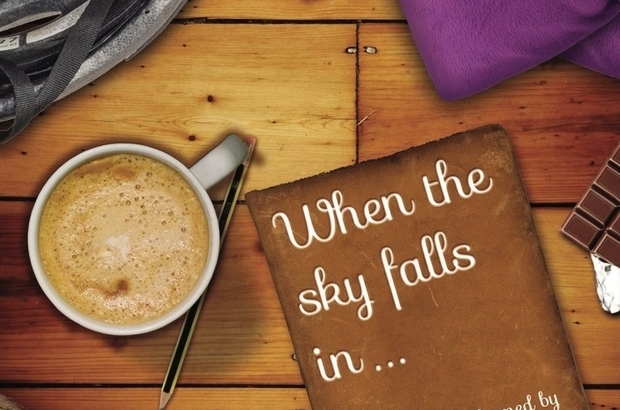 DANIEL LUBIN reviews When The Sky Falls In at the Edinburgh Fringe.

Given her evocative delivery of this piece of new writing, Janet Gershlick’s experience in television and radio presenting comes as no surprise. Hugely intimate and honest, When The Sky Falls In is a discussion of grief, tinted with wit and a slight whimsicality that makes the general and unavoidable sorrow at its core all the more poignant.

Gershlick’s monologue presents her experience of bereavement after the loss of her mother and stepfather in quick succession, though the piece focuses more on the former. The audience is given an insight into the experience’s effects on her, and her methods for managing it. A section of speech will often open with the mundane and develop into an exposition of a certain aspect of her grief. A confession of chocolate addiction that is initially funny leads Gershlick to movingly consider if ‘maybe the pain will go away’ through the habit. This progression from the whimsical to the intense is always very well paced, never wholly uplifting at the start or too distressing by the end. The overall tone is one of constant light-heartedness mingled with underlying heartbreak. One of the more comic moments is when Gershlick gives tips on how to blend in in a supermarket to waste hours on a Sunday. Use a trolley confidently rather than a basket; hold a shopping list with purpose. Though funny, the conclusion of this section is bittersweet in its presentation of loneliness.

The shift in perspective caused by grief is also discussed. Gershlick mentions her newfound affinity with an ex-husband who had also lost his mother. When recounting how she was invited to a Shabbat dinner gathering she remembers how sociable and funny she once was, a revelation that at once evokes fondness and sadness. One of the most interesting points is that of the varying reactions to grief. This section sees comic indignation transform into genuine anger at the common tendency to turn suffering into a competition surrounding the age of the deceased and the number of tragedies a person has gone through.

The show is divided, as Gershlick alternates between reading her own poetry from a folder on a stand and sitting in a chair on the other side of the stage. When standing, her monologue is more controlled, carefully prepared and graceful; when sitting down, her tone is conversational, ad-libbing around her lines and sometimes stumbling on words, giving these sections a much more organic feel. This device gives the piece structure, as well as making the show slightly more dynamic, but it is not exploited to its full potential. The constant switching certainly creates a change in tone, but there is no noticeable thematic difference in the content of the monologues. It allows for a change of lighting, but again there is scope for the introduction of more ambitious technical elements. Moments that deviate from the general style include Gershlick using a toy cat prop, and miming riding a bicycle, but otherwise little is done to set the scene in any way beyond the descriptive.

When The Sky Falls In, in all its profound honesty, is difficult to define. One moment in particular that separates the show from a conventional piece of theatre, or even from a piece of performance poetry, is when Gershlick encourages the audience to pass around a sellotaped package. Afterwards she reveals that this is the last message left by her mother, with biscuit crumbs and hair kept in as small memorabilia. The intimacy this allows the audience is quite shocking, especially when Gershlick explains that even she hasn’t brought herself to open it yet. The barrier between audience and performer is broken on such a personal level it is almost uncomfortable.

Gershlick’s monologue is excellently delivered, and cleverly examines the effects of grief. But, as a show, When The Sky Falls In lacks a performative element. More could be done to bring the speech to life, and though the speaker’s change of position on stage lends the piece more movement, it is an underdeveloped device. Having said this, the incredibly personal nature of the content suggests that the piece is intentionally minimalistic, and any further technical flourish would dilute the raw emotion of its delivery.