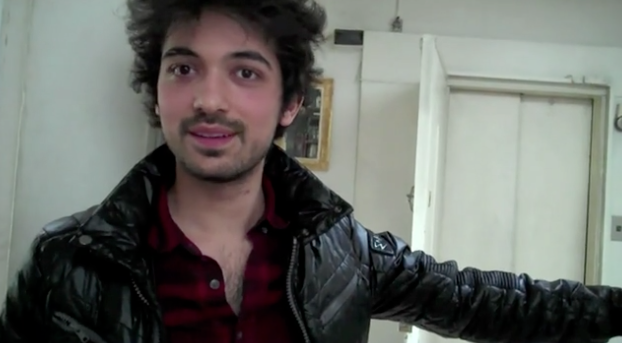 A short documentary by CAROLINA MCPHAIL

Aime – Moi is a short documentary made by Carolina about her friend and flatmate at the time, Mete Kutlu. Mete was an architecture student and while obsessed with his work, another obsession of his seemed to be finding love, and as he was being filmed a small story emerged as he started to date someone.

The beginning of the video includes an old Turkish song about finding marriage, with images from the web of what were the most popular videos, images and stories from the time when the film was made. The documentary is an intimate one, as film-maker and subject were living together we see an insight into their life and friendship. Time spent watching videos in the documentary incorporates a globalised element into the otherwise very personal film.