Sharing ‘Grizzly’, the first single from their upcoming EP Dog Massage, Loco Ono return once again with their familiar blend of electric guitar and ukulele grunge. With influences stemming from 90s lo-fi and beyond, ‘Grizzly’ encapsulates Loco Ono’s energetic approach to fuzzy strings, driving drums and ‘sunshiny’ vocals. You can listen to the single on Soundcloud below:

Expanding from a two piece comprised of Grace Zacarias, vocals and electric ukulele, hailing from Texas, and South African-born guitarist Pieter Stone, the band found North London drummer Nathan Edmonds after receiving interest from London’s BBC Introducing among a number of other promoters. Loco Ono entered the studio for just two days in December of last year to record Dog Massage, their upcoming four-song EP.  Playing off their characteristically DIY and lo-fi predilections,  the band stick to their raw sound of noise beneath infectious vocals. 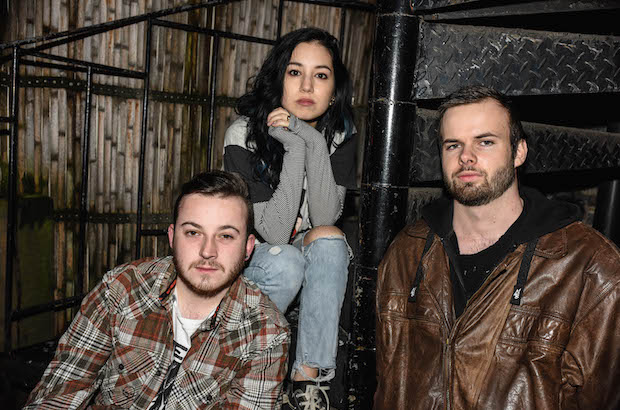