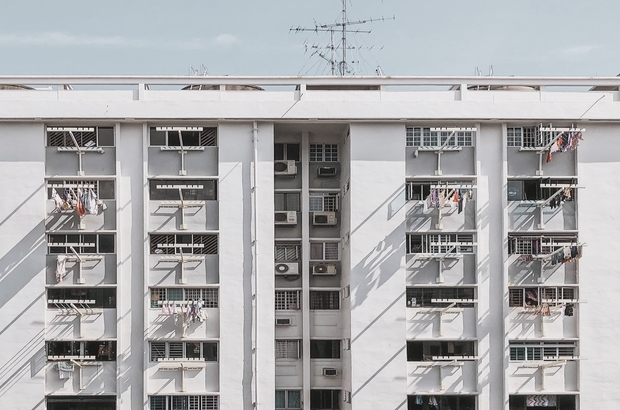 READ Curator’s note: This post is the last instalment of a 3-part short story. The first two instalments can be found on the SAVAGE website, under the READ section! Do check them out if you haven’t already!

We decided to make our way back onto the mainland before the sun set. We found our way to the bus terminal in Tronchetto. Even Xin Ying was beginning to feel tired. “Let’s go someplace quiet for dinner,” she said. “I want to sleep, man.”

We stood at the raised pavement beside the bus park. A row of people had formed beside us, bodies arched, eyes peering across the bridge that connected Venice to the mainland.

Suddenly she placed her head on my shoulder. I embraced her, smelling the lavender in her hair. Then, from below, her voice, muffled against my chest:

“Do you want to talk about it?”

I froze. She lifted her eyes to me and pushed me away gently. Then, swaying in the breeze, she slapped my elbow like she used to when we were children.

“Don’t act surprised. I was wondering when you wanted to bring the topic up.”

I nodded. The bus roared into the park, stopping beside us with a loud hiss. The doors opened and the people filed in. We stayed behind for a while, looking back at the bridge behind us, the chatter of the crowd, the peaks of the buildings. For a moment I thought about how my mother never used to let me or my sister out of her sight, how, even as teenagers, we rarely went out with friends unless she knew everything about them. Now I was another continent, with my wife, surrounded only by strangers. To be alone in this bustling world, in the flood of people whom I would only meet once in my life and never see again: that was liberating.

“Sorry for calling the canals longkang,” she said when we were on the bus. “I know what it means to you. Just couldn’t really help it.”

“It’s alright,” I said. When you miss something, you see it everywhere. I wondered if my mother, doing her groceries alone, going out for dinners with her friends, sitting alone in the living room watching local dramas or the news on television… did she often see my face in the faces of strangers? Along Orchard Road, in NTUC Fairprice, at the Botanical Gardens, her son was wandering nearby, not too far to comprehend, but still within her mind’s grasp.

Last night in the hotel. We were going to Florence tomorrow. Xin Ying was asleep next to me, her haunches rising and falling like a range of hills. I was still awake, my mind wandering along a maze of canals.

I was fourteen when I first ran away from home. Something my mother was screaming about, my sister crying in the corner, a broken archipelago of glass on the ceramic tiles. I couldn’t understand it all. I put on a pair of slippers and left, and when my mother called out to me, I started to run.

I went to the only place I enjoyed with familiarity. Walking in the belly of the longkang, the deeper trench straight beside me and swirling with mud. I looked up at the sky and was astonished at the blackness of the clouds. They were almost bursting, hanging heavy over me.

I continued to walk, forward into the shadows cast by the roads and bridges above. I walked until I could not see my hand in front of me anymore. The opening of the tunnel was a mere speck in my vision. Then I slumped against the grimy walls and slid down to the ground.

Perhaps it was the echoes formed by the walls of the tunnel, but when the storm started it was far louder than I’d thought it would be. The rain poured into the longkang and sealed the entrance of the tunnel with a waterfall. My ears were filled with the roar of water. I closed my eyes and waited to see if my mother was right, if I would be swept in a flood of teh tarik away from this home and to some place far removed from everything here. I let the beating of the water fill my ears and drown me. It was strangely soothing.

Then I heard something, a voice. Through the music of the rain. A voice clear and crystal, calling out my name. I opened my eyes. The water was around my ankles. At the entrance of the tunnel, I saw a silhouette framing the waterfall. A big, strong silhouette, like those you saw in superhero movies just before the hero stepped out into the light and defeated the villains.

I walked towards it, raising splashes around my feet. The floor of the longkang was slippery, and I lost balance a few times. My hand patting the algae-infested walls, my feet sliding along. The water seemed to be creeping up my legs. But the silhouette did not move; as I advanced, it grew larger and larger.

It was only five steps away that I realised who it was, and by that time it was too late to run away. But part of me did not want to run: she was standing there, my mother, the umbrella in her hand useless against the battering of the storm. Her hair was plastered to her face, and her eyes were sunken above her cheeks. The rain rolled down her face and collected at her chin where it dripped in fat droplets. Her shirt was sagging over her shoulders, her pants a shade darker than it was supposed to be. But her legs were planted firmly in the water. I knew that if needed, they would remain there for a hundred years.

She stretched out her free hand and opened her palm. I stood there, the water rising all around, my chest heaving. I didn’t really want to go back, but what choice did I have?

“Come back with me,” she said.

I opened my eyes. Beside me, Xin Ying stirred. She raised her head and turned towards me. I patted her shoulder and she lay back down onto her pillow.

“What are you thinking of?” she mumbled.

In the longkang, I held my mother’s hand as she led me out. The umbrella hovered above me, its skin stretched against the skeletal frame like the sails of a boat. The water was still rising. She led me to a ladder and asked me to go up first; she would follow me. As I hooked my hands on the rungs of the ladder and climbed upwards, I could see our flat looming above, the windows still open, our clothes fluttering on the gala poles.