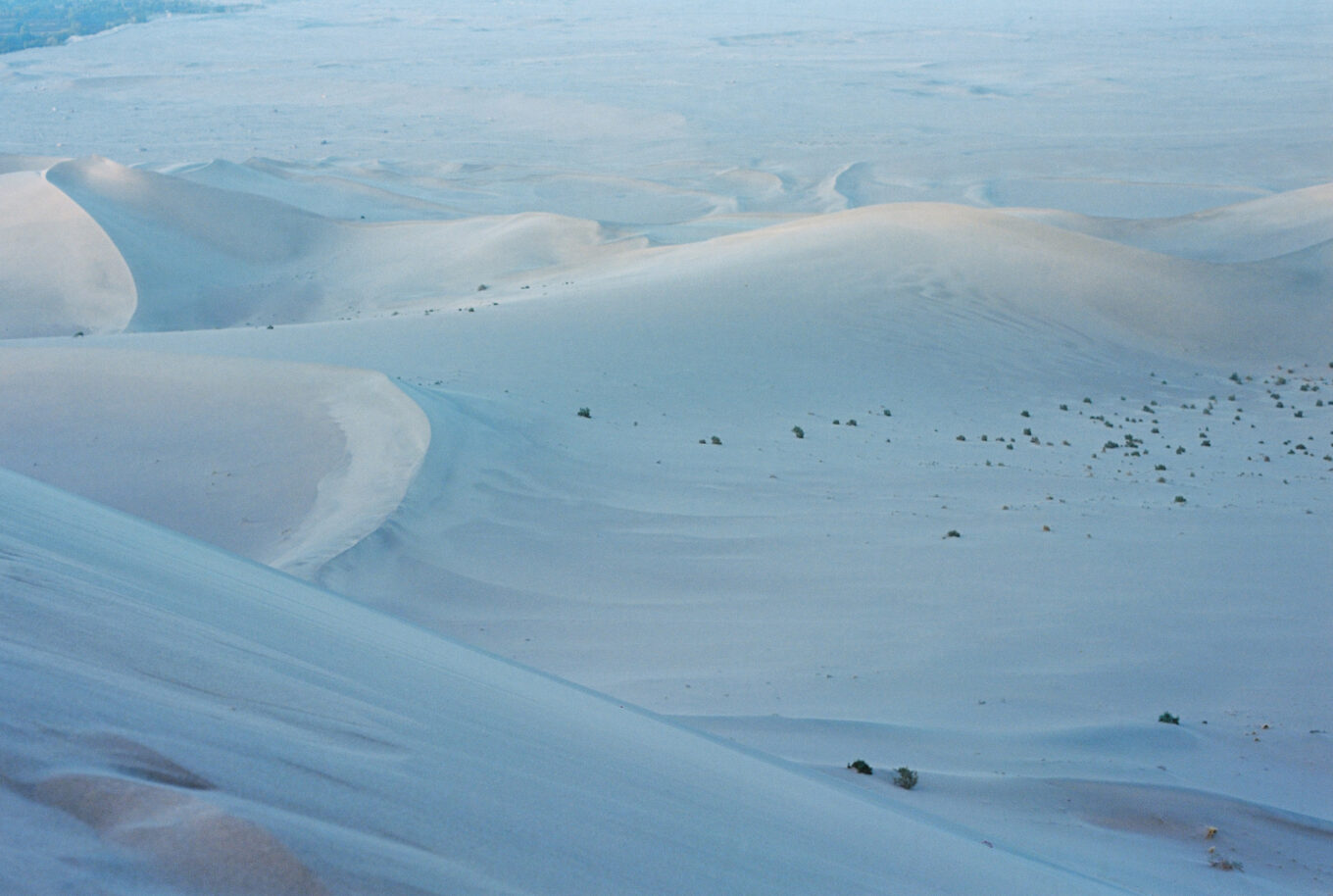 A photo essay by KATIE LI.

There is a specific kind of loneliness that characterizes your being of ‘neither-nor’ – of being distant from your roots.

One of the strangest things about my upbringing is having to be grown up in a ‘bubble’ of so-called ‘diversity’ – an ‘international’ community of predominantly Euro-American expats who situate themselves above ground from its ‘local’ culture. With so much diversity, it is hardly easy to pinpoint a particular ‘culture’ to define yourself.

In this bubble of expats, I internalized a white superiority. My Chinese ethnic background was inferior, and therefore I bathed myself in the ‘whiteness’ I was surrounded with. My friend once proclaimed that she saw me as ‘white’ and nothing else – and at the time I felt that it was some sense of achievement. It was this internalized racism that further propelled me away from my roots.

So many years away from my ‘origins’ have left me with a floating sense of belonging to people rather than locality, and a disconnectedness with ‘being from one place’. I was ‘neither-nor’ Chinese, American, or European.

They call this phenomenon of disconnectedness the “third culture kid”. Some poetic concept in the frame for sociological, cultural analysis: a niche of a generation symbolizing globalization and a progression towards a post-racial, post-national world where we all learn to somehow love each other.

Unfortunately, underneath the egalitarian picture-perfect world, the third culture kid is always attempting to stitch together facets of a fractured self. The crux of our disconnectedness is rooted in the lack of belonging to one place. How do we rekindle our relationship with our origins when we have neglected it for so long?

The lack of belonging, however, is not a lack of agency. An agency to seek out for a sense of ‘rootedness’ to our ‘origins’ – wherever that may be. Origins are so inherently bounded by some form of ‘root’ – a direction that moves backwards in time and space – that somehow formulates who you ‘really’ are. To me, it was a journey of deconstructing this internalized racism and re-appreciating my origins: China.

My trip to Northwest China was really a yearning for an imagining of ancient China’s historical past – and in some way, my physicality of being there offered a sense of cultural rootedness. Photography was my lens to imaginea past that filled my lack of a locality.

It was the sensory experience of being there – the particular smell of long delicious sticks of lamb kebabs and smoky tea-eggs at street vendors. It was being able to observe in awe those who were practicing Tibetan Buddhist prostrations in their long pilgrimages. It was the eating of local cuisines – the hot, steamy soup dumplings and freshly brewed soya milk for breakfast. It was the re-enactment of an imagined ‘local’. The realization of the other lives that were there that I had forgotten about being so washed away in my own dislocated reality. 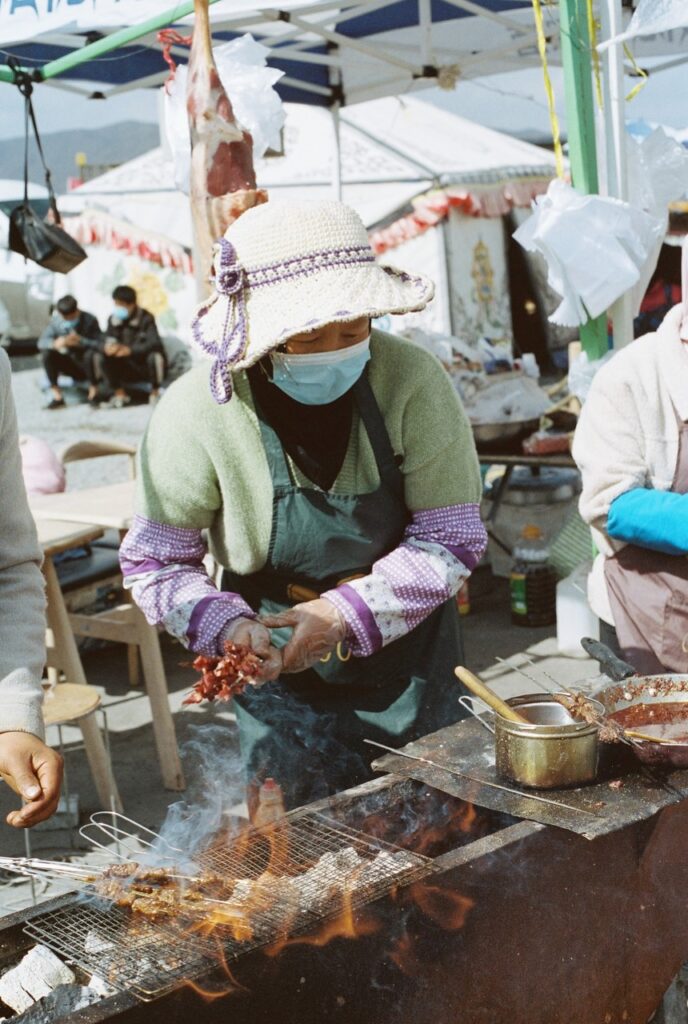 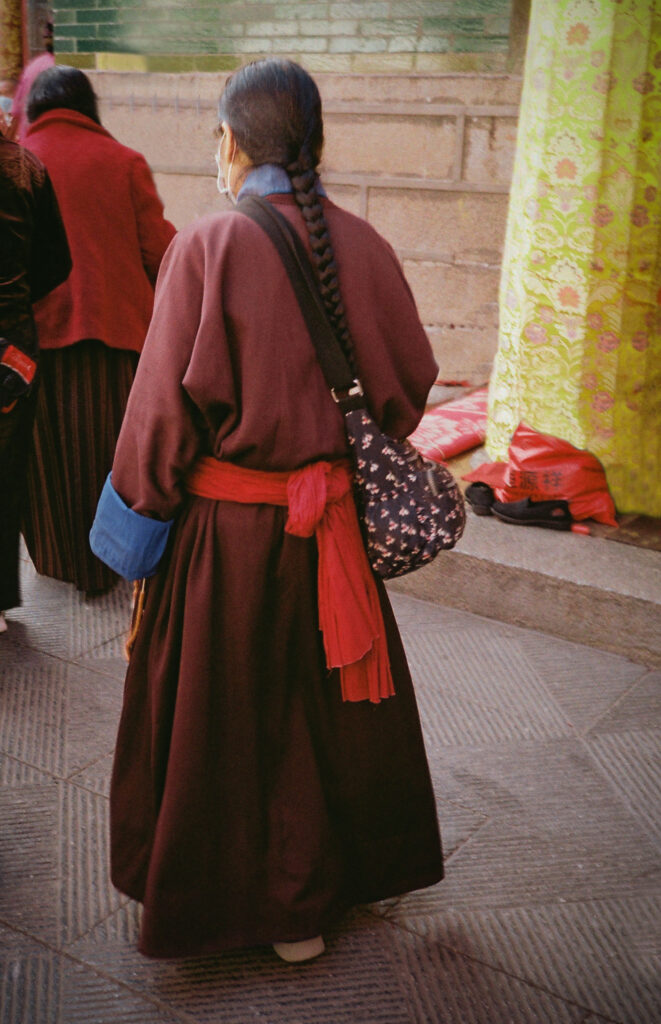 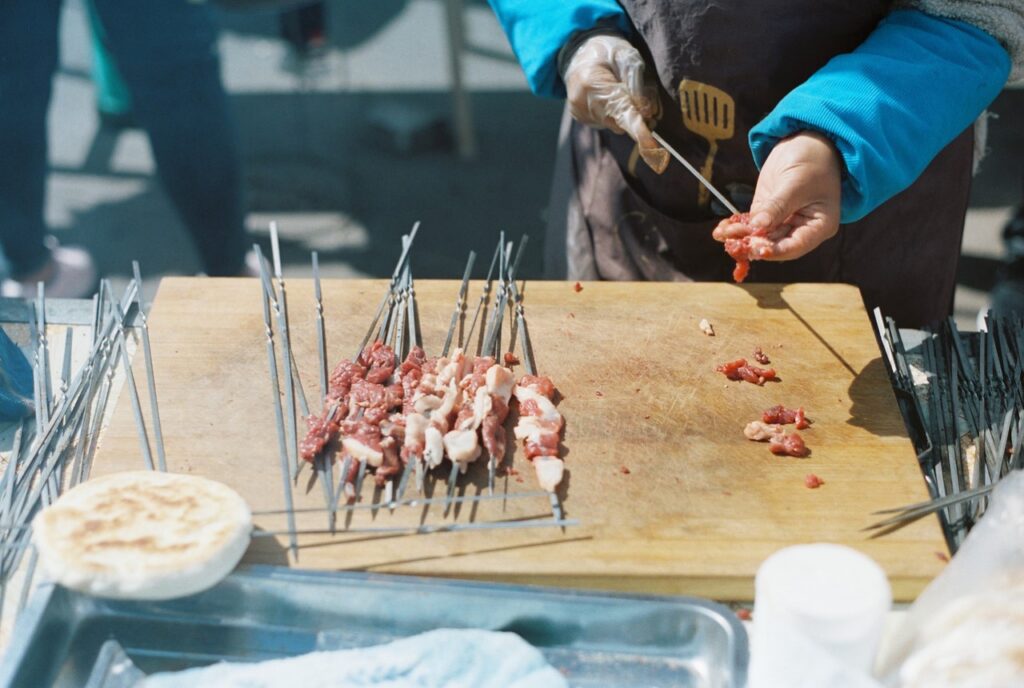 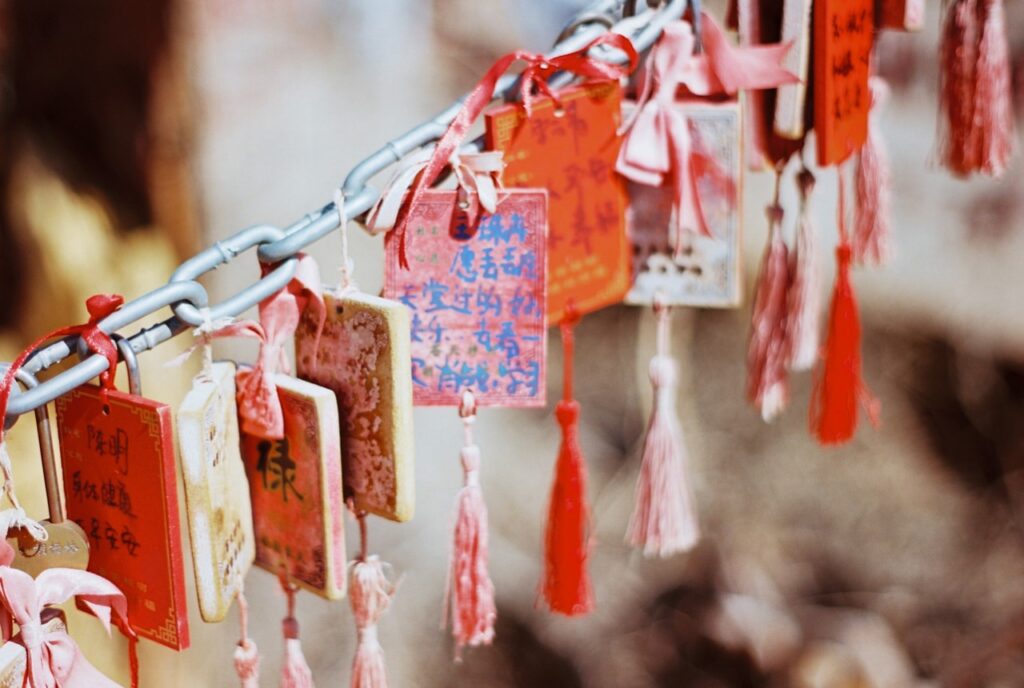 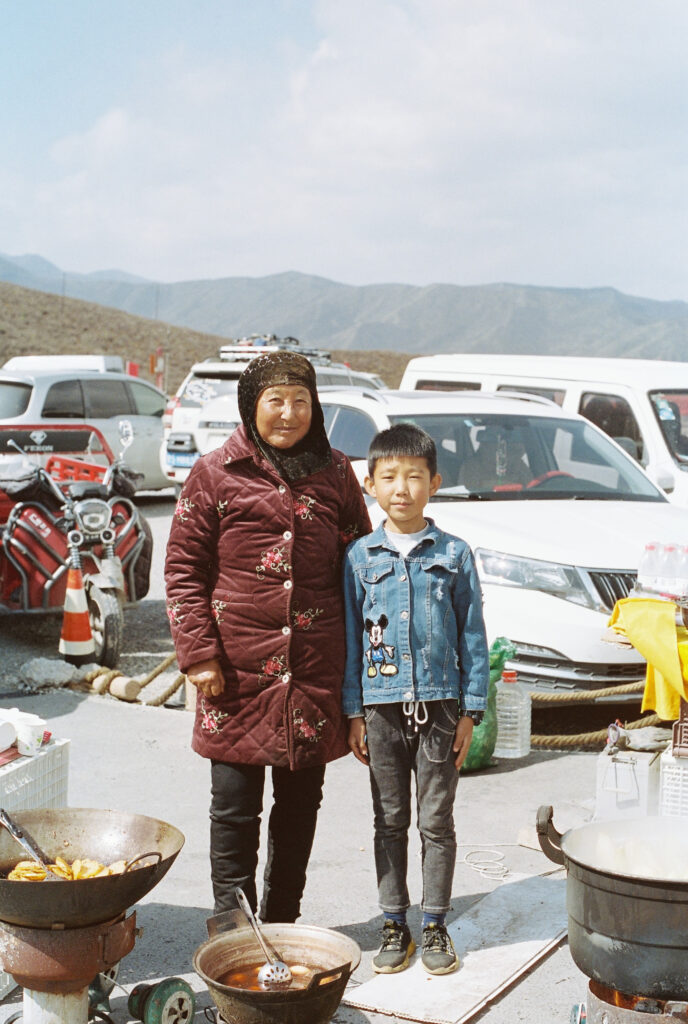 The vast, beautiful landscapes of the Danxia Landform, the Gobi Desert, and the Yadan Geological Park served as a canvas for the history of the past to unfold. Surreal landscapes make you ponder the civilizations that took place in a ghost town-like park. The kind faces of local people became characters of a romanticized, untold story. 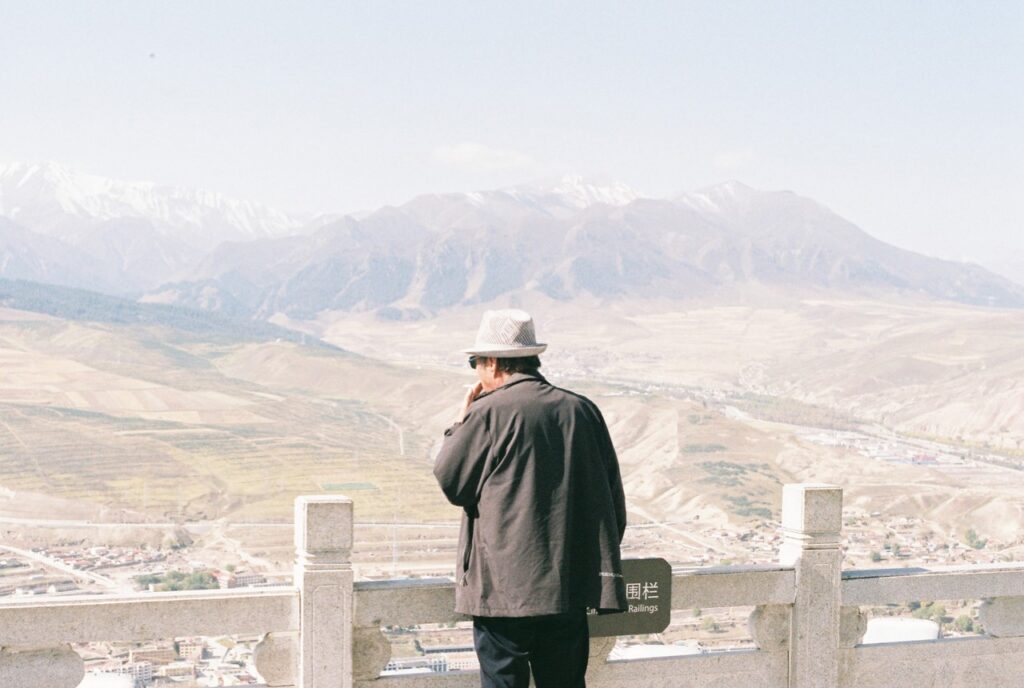 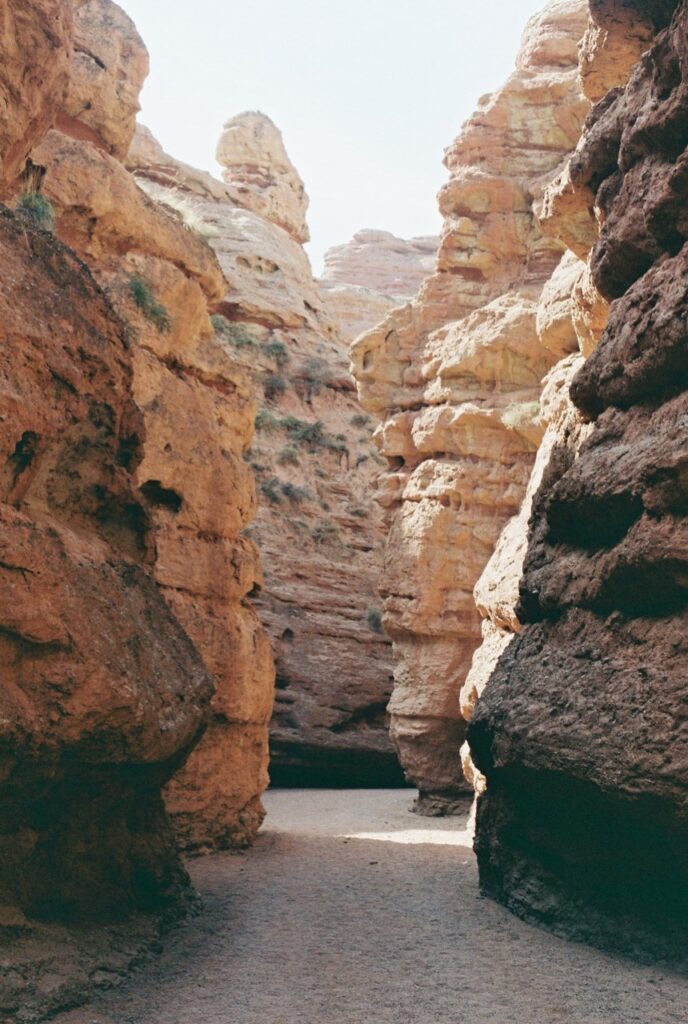 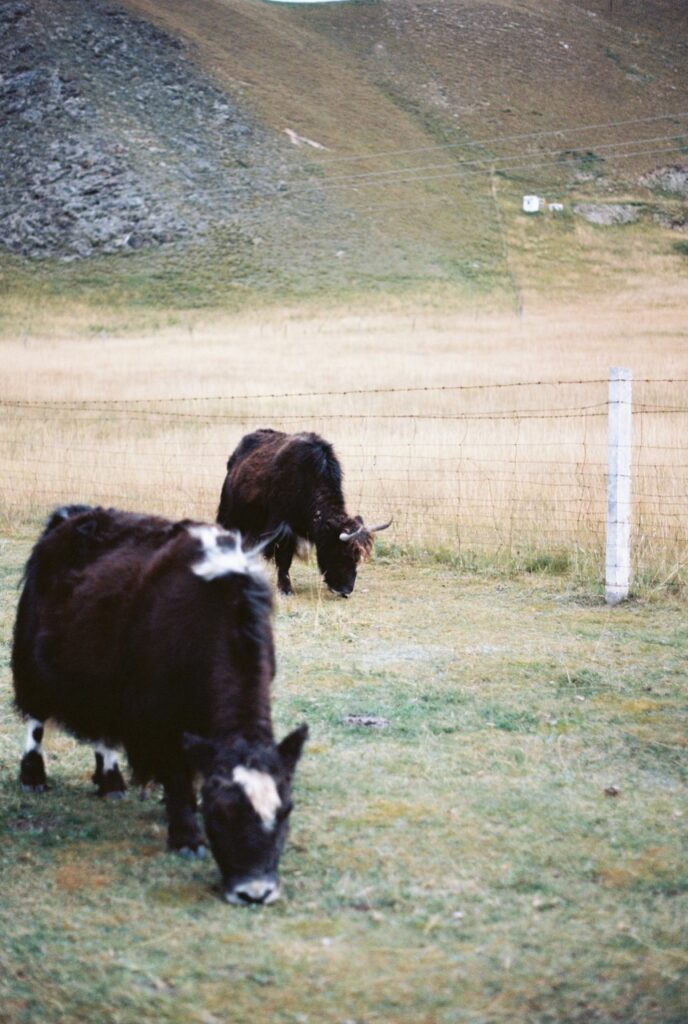 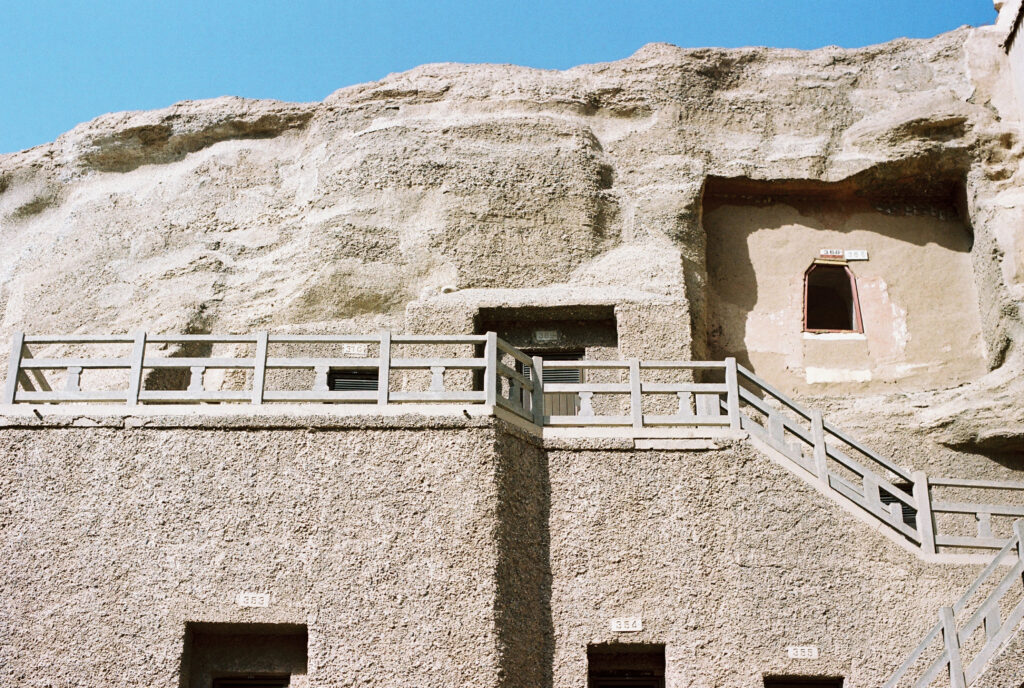 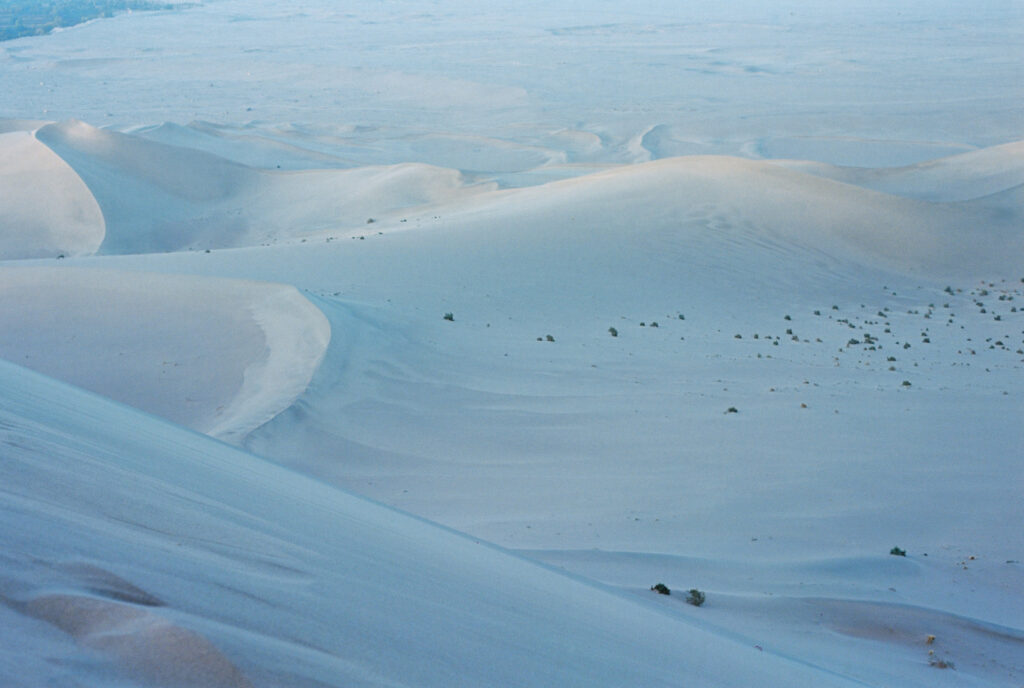 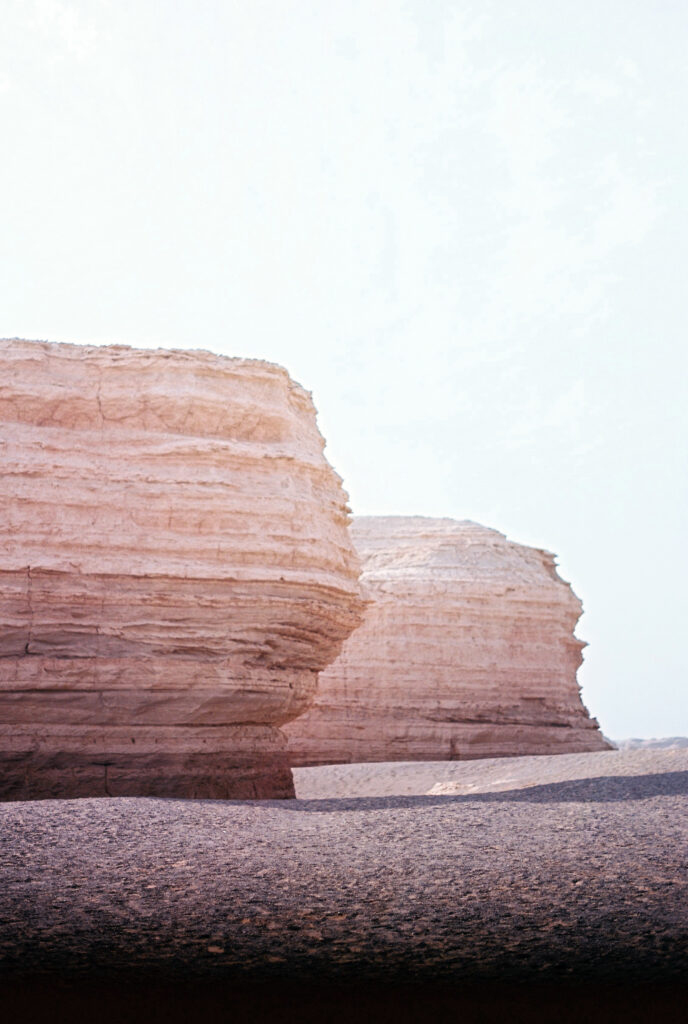 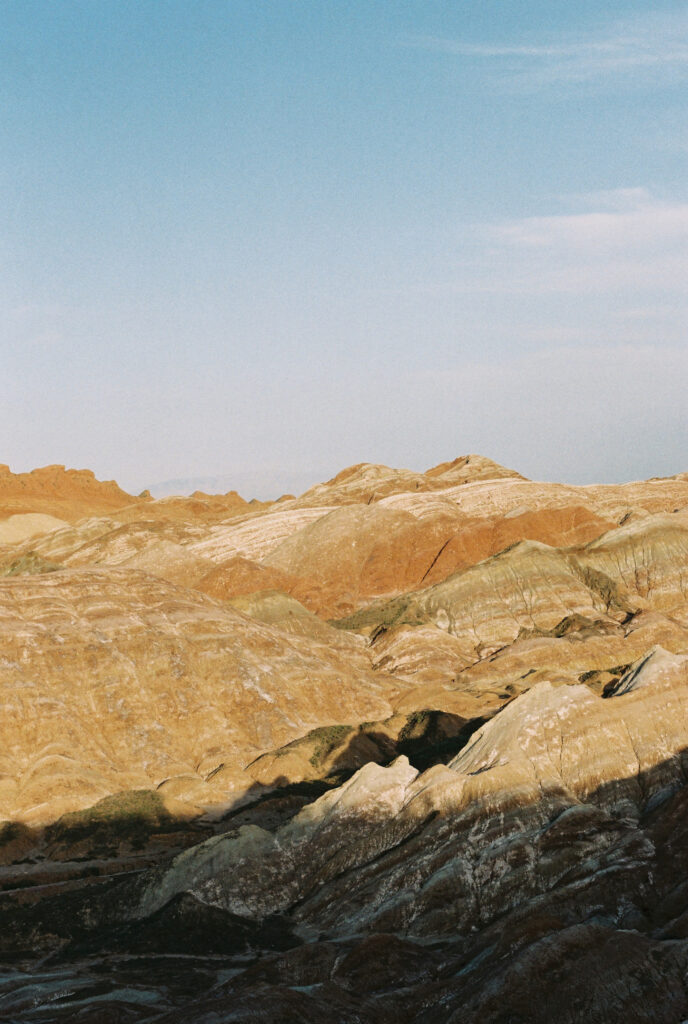 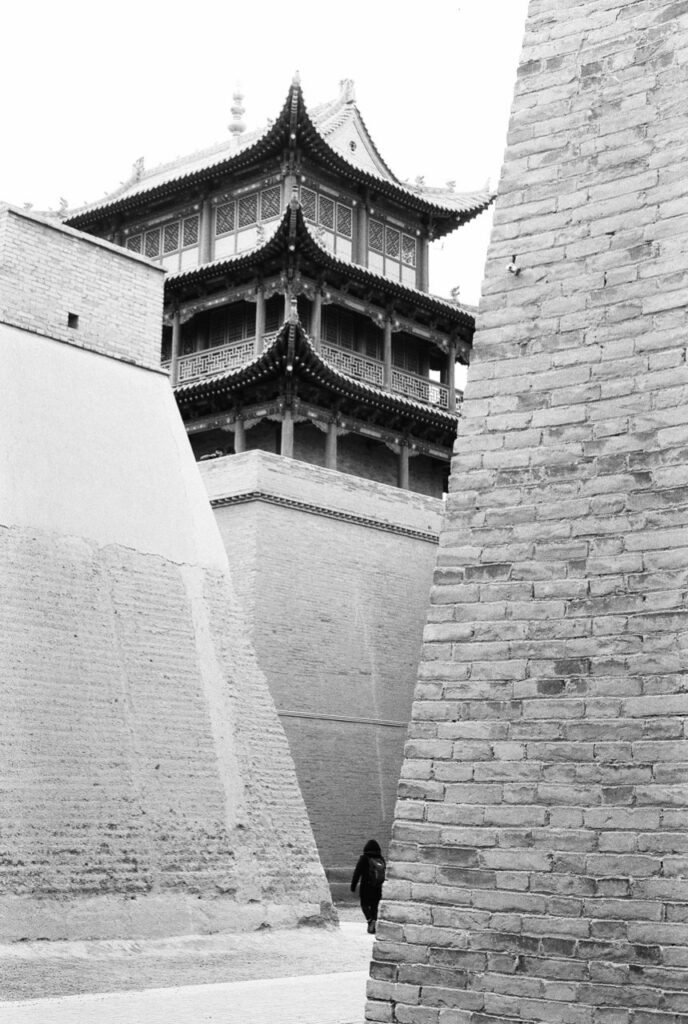 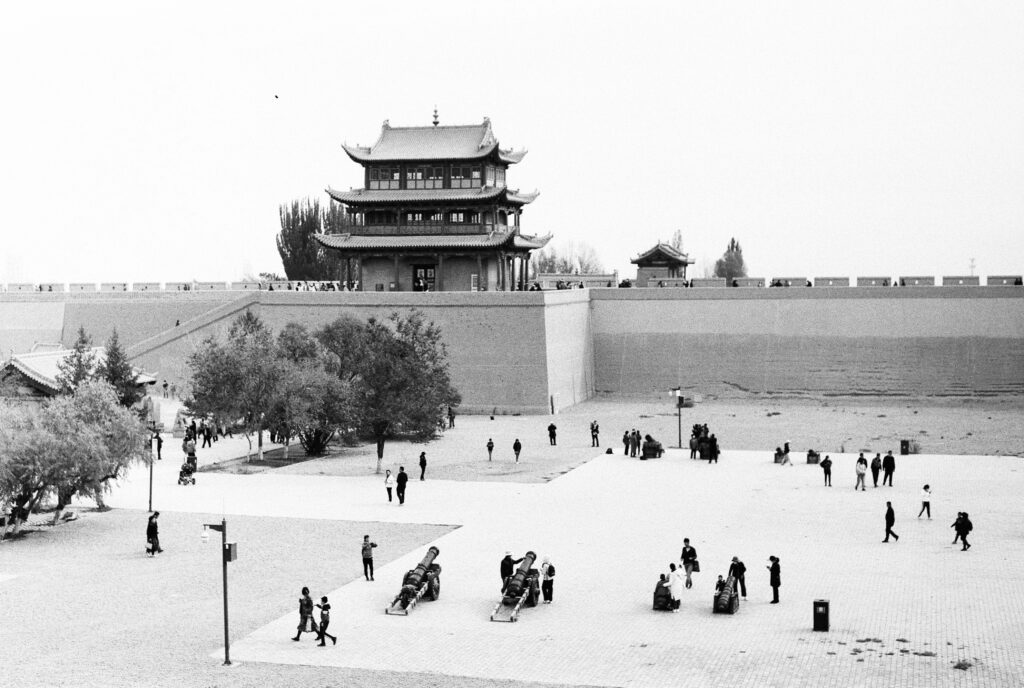 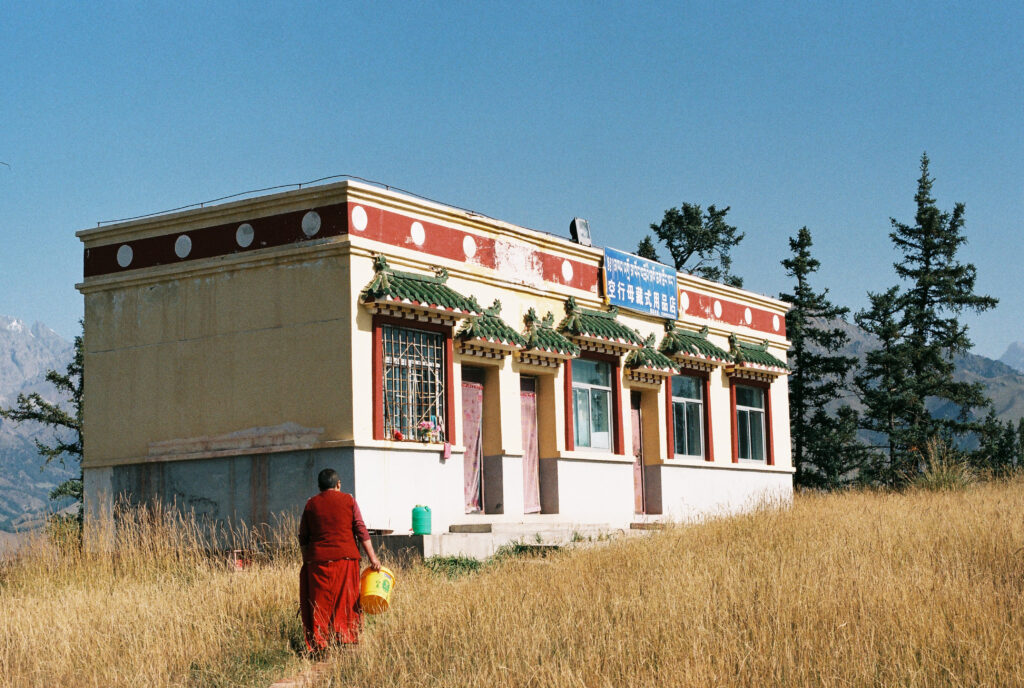 My trip to Northwest China was a journey of learning the complex history of Ancient China, of reimagining it through the vast, surreal landscapes and the untold stories of people. I was the observer trying to piece together a romanticized past through documenting pictures. It was an experience of being-in-the-world that offered membership to this world of “origins”. The act of immersing myself in a culture that was foreign yet somehow familiar.

It is this idea of origins that thrusts you into a self-actualizing journey: to a space of belonging that displaces this sense of disconnectedness. This journey was a rekindling of my Chinese identity, a call to my origins, and a re-appreciation of my roots that I have so long neglected. In doing so, origin is a self-journey that offered a locality I never had.

All images courtesy of Katie Li.