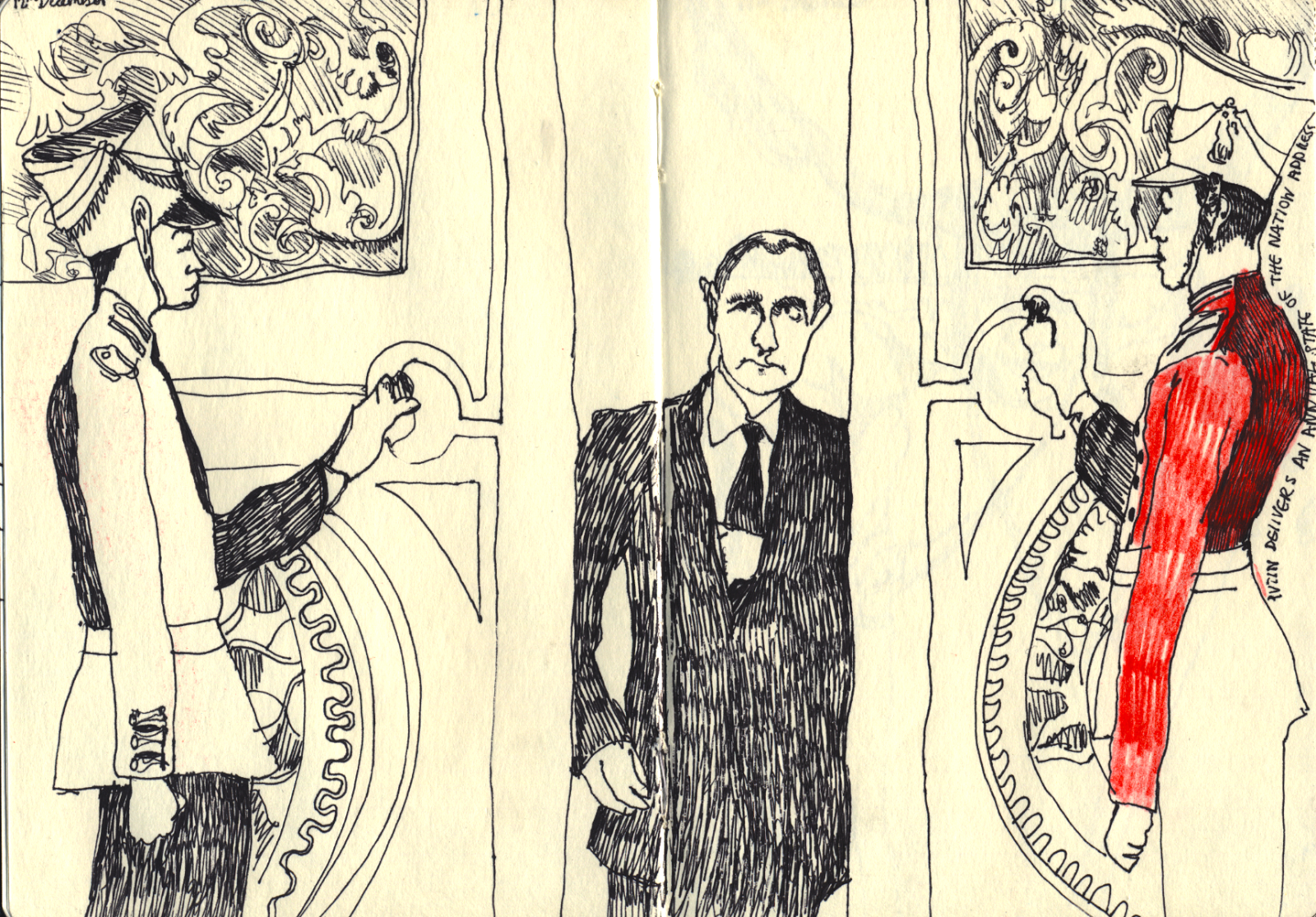 Based around political topicality, two of these drawings portray the Russian President Putin as he has been in the headlines this year, and last shows a scene on the legalisation of weed in Uruguay. 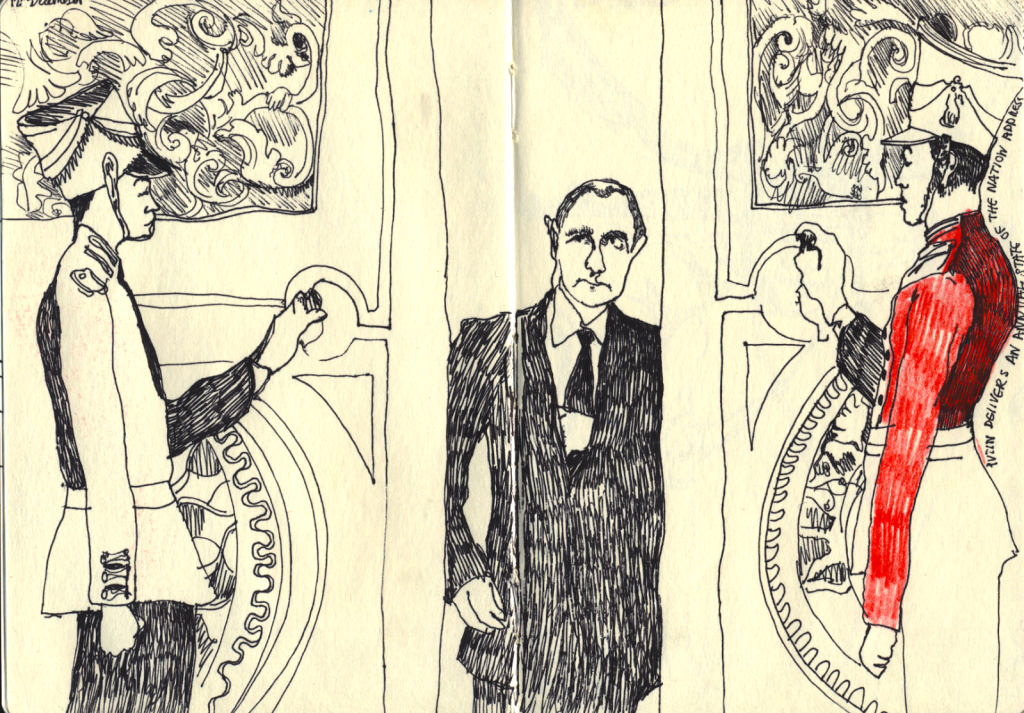 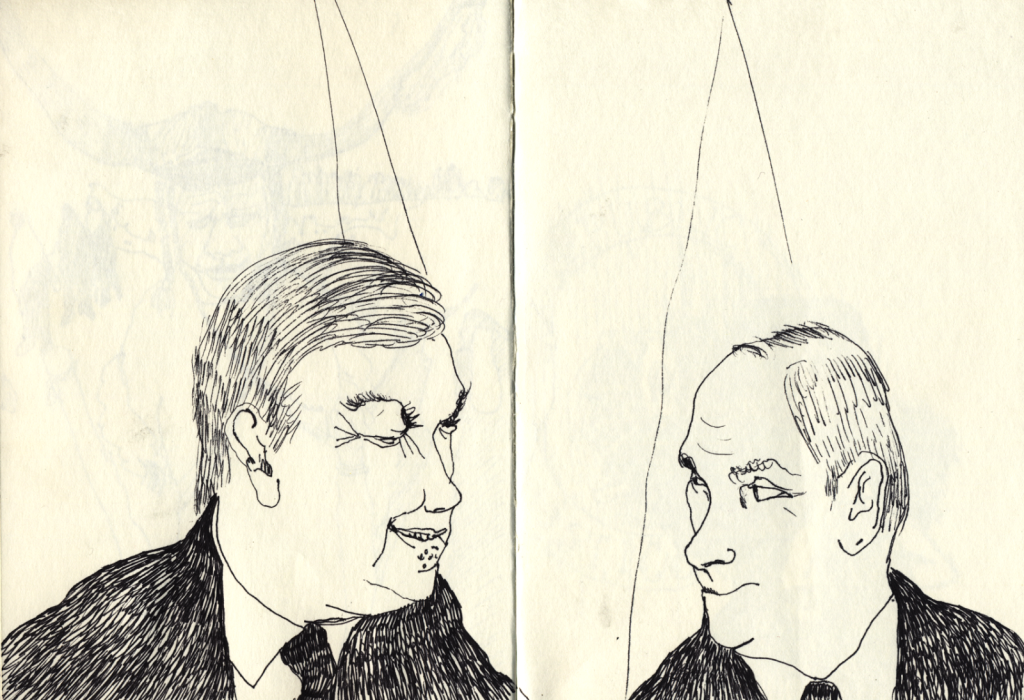 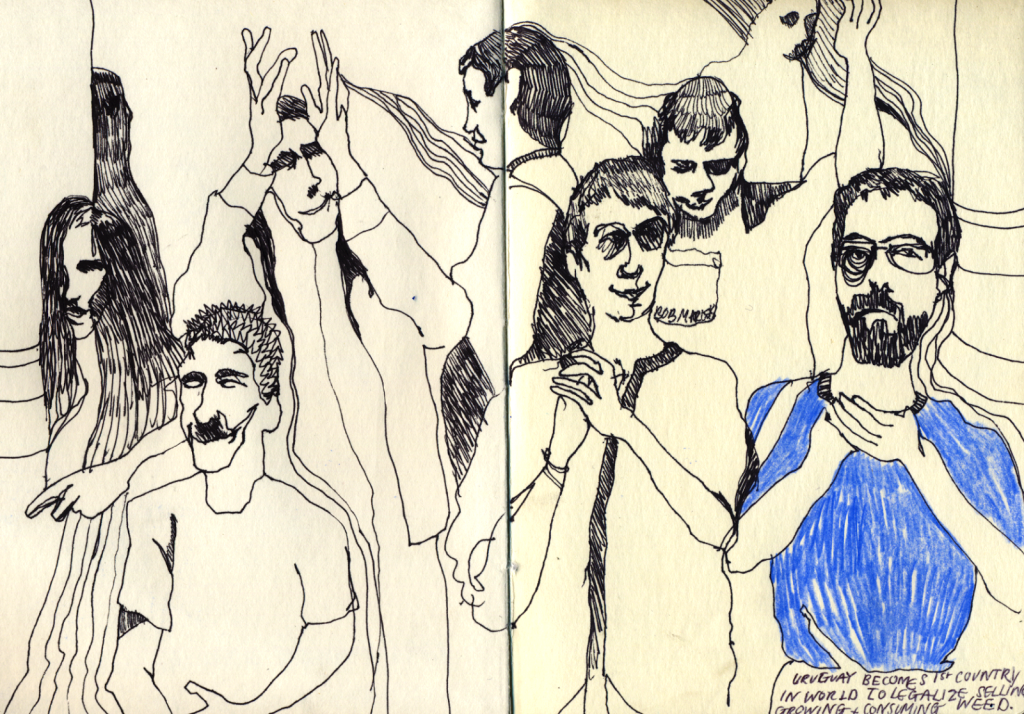 Here a crowd celebrates the legalisation of weed in Uruguay. I was entertained by the ‘stoner’ stereotypes in the media depictions of the event and so played with this by incorporating wavy lines in and around the figures.