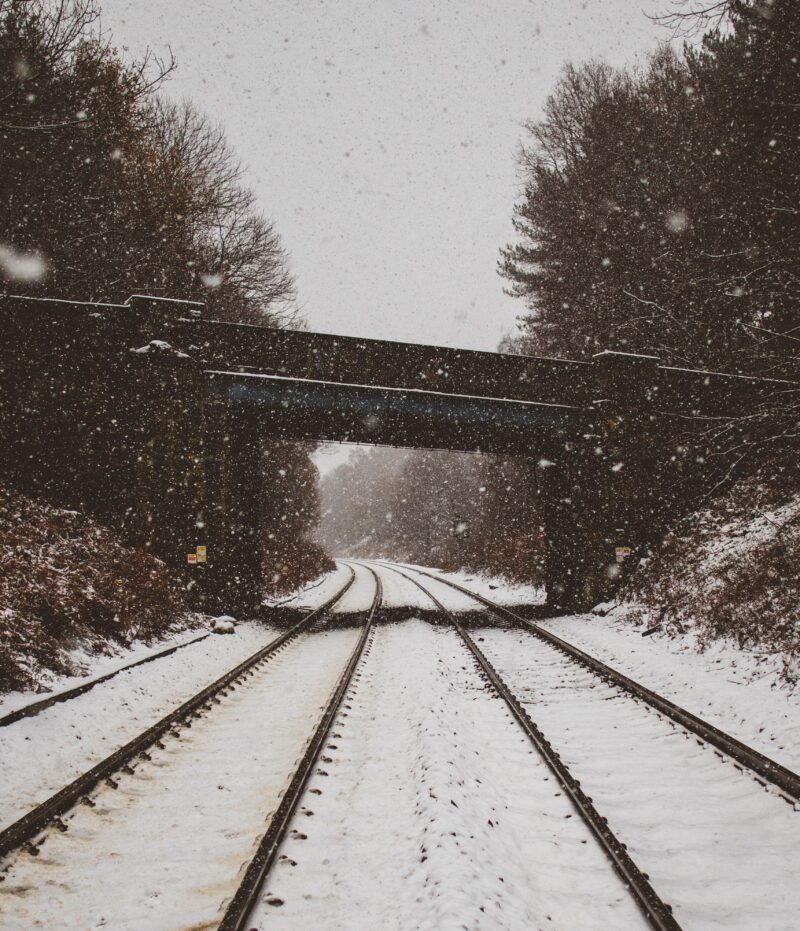 She has questions. She sits on a frozen bench to put them on paper as the snow falls. Her notebook is an old classic one. Everywhere is covered in snow. She wonders when a train will pass to break the silence. She wonders if one could sense her words, if her letters can create warmth or coldness. She wonders if snowflakes can feel the world around them. As her questions fall from the edge of her mind, another snowflake comes to life and starts falling from the sky. Leaving the clouds behind, it looks down on the world. A red train is passing by. It leaves in the blink of an eye, and the railroads are left empty once again. There are two places it can land on: the distinct lines of metal—cold, rusty and frighteningly dark, or the collection of snow in between, still cold yet fresh. It almost feels warmer and not frightening at all. It is full of crystalline gleams of sunlight. The snowflake makes its first wish in this world. It wishes to fall on the snow and not on the frightening railway metal. With a little help from the wind, it falls onto the snow in between, together with the clouds again. It feels warm. 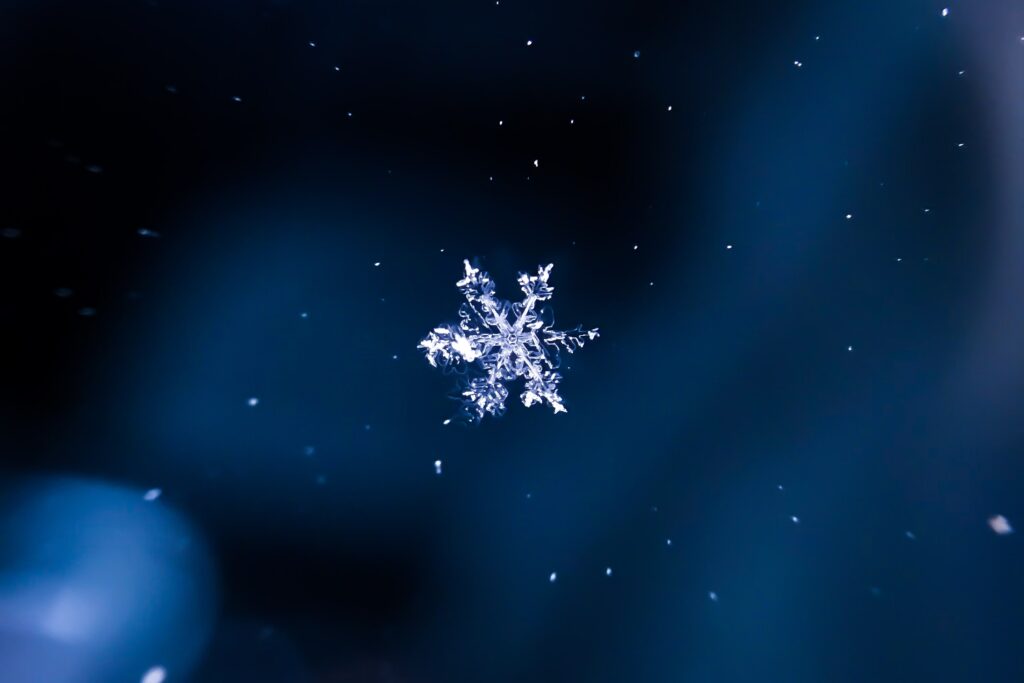 Right when it starts to feel at home, the wind blows again. Suddenly, it’s back to where it all began—up in the sky, where there are no lines. It begins to fall. This time, there is not a train, but rather a girl sitting on a bench, with a notebook and a pen. She is watching the snowfall and writing. The snowflake again has two places it can land on: the sharp, scary lines of the notebook that are as cold as the frozen railroads, or in between the lines where it is all blank. The lines of the notebook don’t allow any other colors than their own to show themselves. They don’t allow any other shapes, letters, or signs outside of their restrictive borders. Even when the other colors try, they aren’t let in. Whereas, in the space in between, there is something more understanding. In between the lines, it is full of snow. Beautifully warm and welcoming snow. All that snow welcomes the colors that are turned down by the intimidating lines. Suddenly, everywhere is full of sunshine, reflecting over the snow in between the lines, through all the colors that could ever exist. That’s where the snowflake wants to land on. It makes a wish once again, with the strongest hope that it would come true. This time, even without the help of the wind, it falls in between the lines. It is together with all the other snowflakes and all the colors that are shining through them.

The girl with the notebook and the pen has no idea. She sees the wet drop on her notebook, but doesn’t know about the short-lived life of the snowflake, or about the warm and cold sensations it felt on the railway and on that very notebook. She keeps on writing. Writing about the sensations of the bordered world, about words and senses, about paper cuts and cuts of barbed wire fences. The more she writes, the more she wonders. Each question answered gives way to another one springing from itself. She wonders if the snowflakes are just letters of nature’s alphabet. She tries to read them, but she never can. The edges of her mind, the unique tails of her question marks, the lines of her notebooks never extend far enough to understand and answer it all. They can never truly comprehend the walls and boundaries of the world. They can never sense all the pain they create at once. They can never see rusty metal railways on snow or distinct lines on notebooks through the eyes of a snowflake. They can never feel the same coldness or warmth. Yet they continue trying. The girl never gives up on making sense of it all. The pen never gives up on defeating the lines. The snow never gives up on covering the lines. The coldness never gives up on numbing the pain of paper cuts and cuts of borders. The warmth never gives up on letting all the colors in, through the gleams of sunlight.