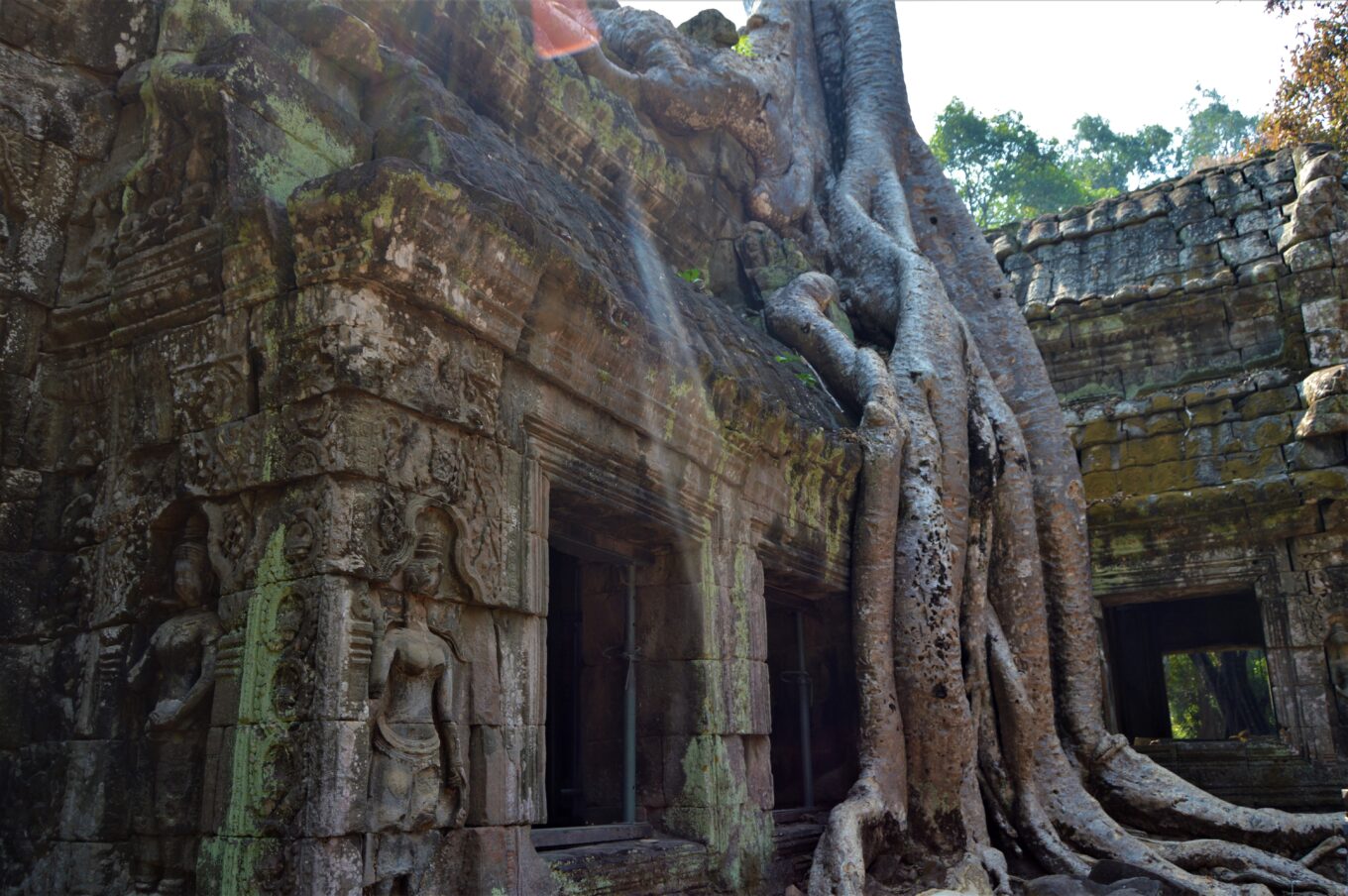 It’s an immigrant’s story. Isn’t it always? We all came from somewhere, if only we follow the
tree’s roots back far enough. Back down the centuries, back across continents, back through
memory that is lost within a few cycles of rebirth.
The roots become paths, become roads, become highways crisscrossing the globe, ones you
could trace on a map even in the dark. Like braille for the amnesiac mind. A language for the
diaspora.
It seems, then, that luck is on our side; the trees are storytellers.

The world’s oldest tree was cut down for science in Nevada in 1964. This is a story of regret.
Whose isn’t?
Prometheus, they called it. Prometheus who, depending on who tells it, is either a thief or a
saviour. Either traitorous or defiant.
I don’t know if Prometheus felt regret as he lay chained against his rock, if he would take back
the fire to regain his freedom. But I do know that you can’t uncross oceans, and that the torch
that lights the way is often the closest thing you have to liberation.
The scientist who felled Prometheus only realised his mistake when he started counting the rings.
I’m no prophet, and all I have are roots.
Sometimes you have to sever the cord that binds you to a whole just to carve a name for yourself
in history.
Sometimes you have to anger the gods beyond forgiveness just to get a chance at survival.

I’m the latest incarnation of a legacy of pilgrims, but there is hardly a prayer left on my lips.
Bruised knees, dry mouth, but I’d choke on holy water if it was offered.
Instead, I try to quench my thirst with seawater, sisyphean in my single-minded ignorance.
Arrogance. Both.
No matter how much I drink I can’t fit an ocean within myself, I can’t close a distance which
refuses to give an inch.
I read once that the Atlantic grows anaverage five centimeters a year. My fingers can only
stretch so far, can only grasp at empty air from a desolate shore. Maybe that’s as close as they’ll
ever get to joining in prayer.
Though ask anyone who’s ever seen a mangrove forest and they’ll tell you that it’s possible to
thrive amongst the waves.

Then there’s the flip side of the coin. I can dig my fingers into this cold foreign soil all I like, that
won’t turn them into roots.
Yet my joy and grief have watered this earth that has lodged itself between the white crescents
of my fingernails to becomeas inextricable a part of me as the lungs that now struggle to breathe
the air into which they were born.
I tip-toe barefoot across wide open fields, perennially conscious of my own trespassing yet
mutinous against the notion that the land to which my heart belongs does not belong to me.
It’s an immigrant’s story, which means my dreams are taxed and my existence hinges on short
combinations of letters and numbers printed on sheets of white paper as thin as the arguments I
construct endlessly in my own defense.
No one ever warned me of what it would mean to carry all of the pain of a borrowed home.

Grow new roots or follow the old ones. The nomad’s curse is the inability to commit to either.
I think of trees standing alone in the desert, an anomaly of nature. I think of roots that could
embrace just as soon as they could form a noose around my neck.
To stand in between is to stand alone, to belong nowhere and to no one in the space that’s left
behind.
To run, is that freedom or cowardice? Whose choice is that to make?
All I know is this:
My blood is diluted by saltwater from centuries of trying to blend in on opposite shores of the
same ocean, which through its force shaped the unstable walls of the largest, and most divided
home.