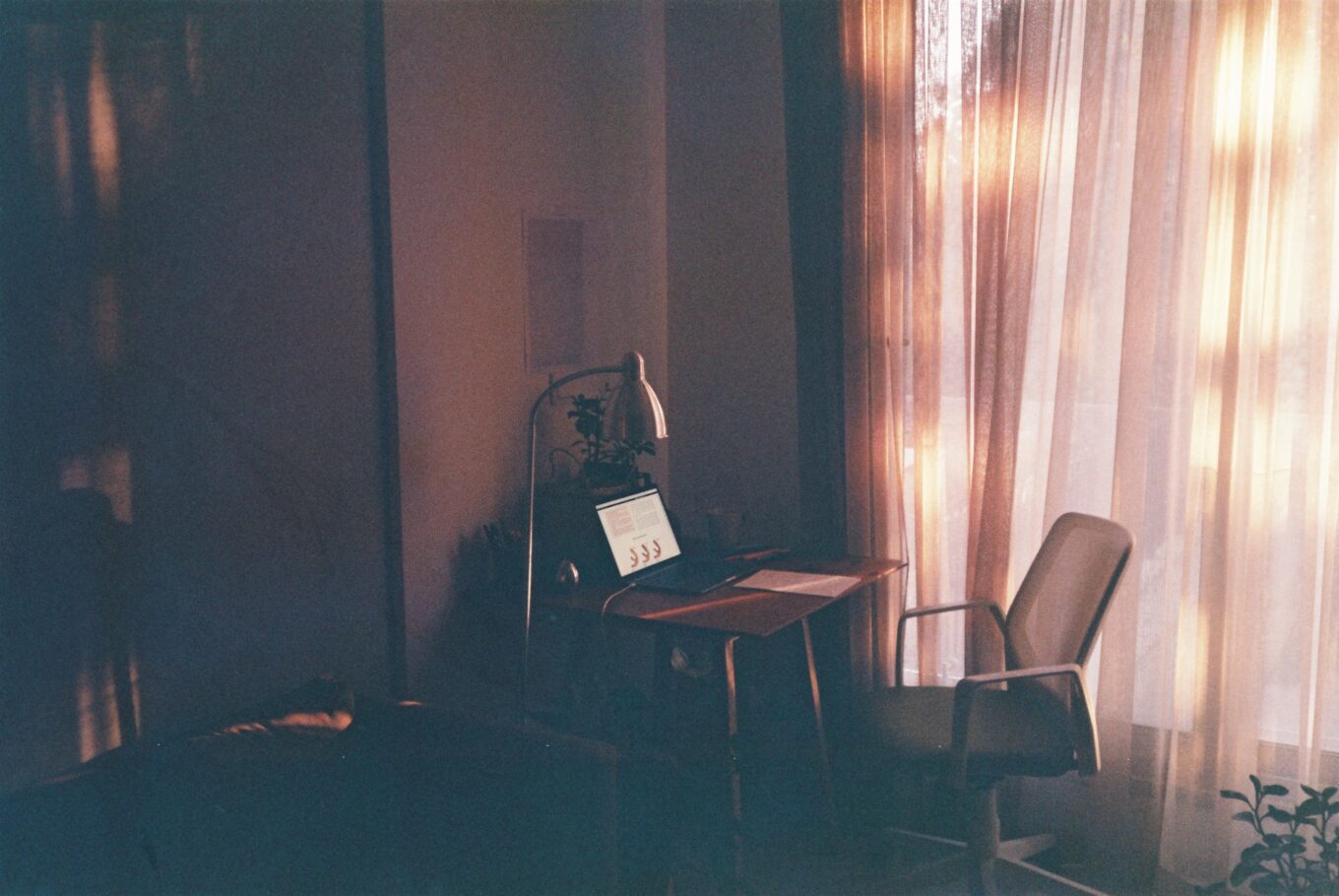 A poem by ARIANA RAZAVI.

studio flat: two hands grasp at any feeling of life, any sliver of light that enters. often the only sound my own breathing, my soliloquy a mere heartbeat. the dripping tap occasionally keeps me company. mundane excitement. we speak once a day, the only human voice I hear.

try to grasp onto feelings long past: staring at the stars wondering if it will ever get easier. projecting onto the cosmos each other’s mundane problems that seem so small in the moonlight.

devastating days pass, others a comforting realisation that such is this life: we have our own minds as company – ultimately a solace. to have hands with which to grasp a soul.

I stroll through the same park to feel a glimpse of the world, of existence outside of my little flat. each time as if it were the first. the light peers in every day an hour before sunset, a smoke signal that my body has not failed me another day. a golden ray to remind me of my functioning senses. of the spinning earth.