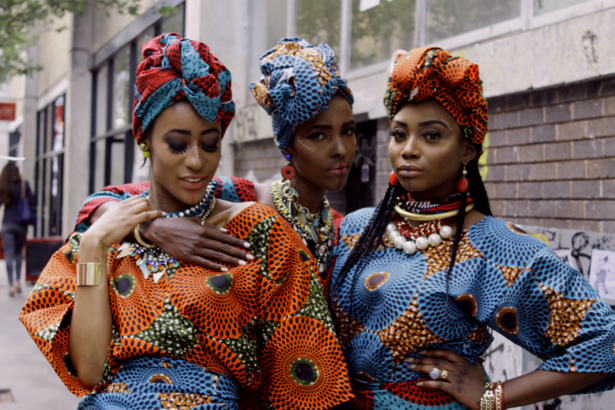 Upon talking to Sonti Ramirez, I am struck by her exuberant vivacity, which is clearly present in her highly curated and delicate photographs of minority presences. Her interest in photography began very simply, when she purchased an old film camera from Brick Lane. This provided her with a way to begin to visually documenting her local area of Camden – both its historical buildings and its residents. Always driven by a story, she applies the same approach to her work today, as she tries to “figure out people’s identities via spaces”.

She explains how she wants to use her photographs to reclaim the concept of “otherness” from its negative connotations, and evoke complexities and details that others tend to not notice. Mainly, her interests lie in the how the spaces we inhabit influence our collective identity, both past and present. This is especially relevant when approaching these ideas from minority perspectives, as she does. Ramirez successfully creates images that explore intersectionality from a historical perspective, and also appeal to the contemporary eye.

There is something very old fashioned – and therefore refreshing – about how Ramirez relishes the manual aspects of film photography, and how she takes the time to talk to her subjects. She somewhat laments our current technology-obsessed, ‘throwaway’ culture, hoping that her photos give her viewers the “mechanisms to reintroduce people to other perspectives and make a full picture of our society”. Alongside this, she often chooses to use monochrome film to make her audience search for the detail that she intricately places in her compositions.

As a Masters student in the UCL Hebrew and Jewish Department, her most recent series focuses on the blending of Jewish and African cultures within Eastern Europe. Drawn to the minority presences that appear in landscapes of previous destruction, she visited Warsaw and experienced first-hand the spaces important to previous Jewish generations and those living there today. She found that she was frequently approached whilst she had her camera with her, and was able to collect many stories and images about people who are frequently overlooked.

What next for Ramirez? Armed with her camera as a “door into other ways of seeing” she is planning on taking her experiences and techniques into other settings and scenarios. Always looking beyond the mainstream narrative, she has founded a online platform for art, style and fashion that has been influenced by Jewish culture, ‘Chai Zine’ . By creating this new map of the Jewish diaspora, she moves away from purely photographic documentation and into the world of artistic curation. I am excited to see what she does next.

To see more of Ramirez’s work, check out her  Instagram.