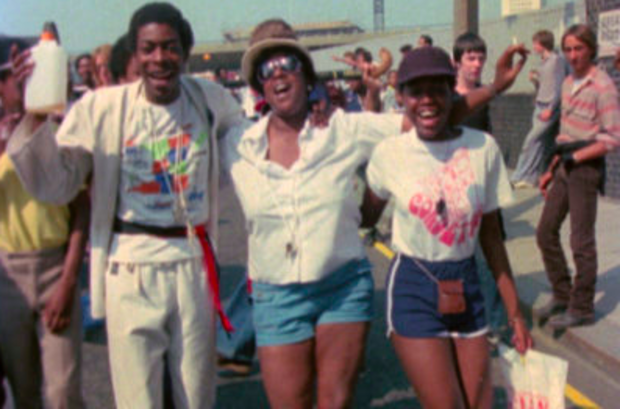 SELMA REZGUI reviews Britain on Film: Black Britain, and considers the largely forgotten history of Black people and their legacy in this country .

At first glance, Black history in Britain is less turbulent than its American counterpart. Britain’s involvement in slavery was largely conducted away from its borders. There were no Jim Crow laws here, no segregation and subsequent civil rights movement, no Martin Luther King and no To Kill A Mockingbird. Race and racism in Britain is historically a more insidious, quiet and pervasive thing. Britain does not wear its fraught race relations on its sleeve in the same way that America does, but this does not absolve us of confronting and acknowledging the racism that pervades the state, or celebrating and amplifying the voices of the Black people in this country.

Black people have a long history in Britain, and their presence has been documented on film for as long as the medium has existed. This documentary, which collects and collages together little seen archive footage from 1901 to 1985, showcases almost a century of the rich, striking story of Black British people in this country. It details the phases of the black experience in Britain throughout the 20th Century in 15 documentaries and pieces of footage.

The earlier films err more towards propaganda, showcasing a harmonious multiracial society which doubtless lay far from the truth. Century-old footage is a reminder that the story of Black people in Britain didn’t start in 1948 with the Empire Windrush. Miners Leaving Pendlebury Colliery (1901) is the earliest known representation of British Black people on screen. In terms of representation, it leaves a lot to be desired. The jaunty music and jingoistic sentiment are jarring to 21st century sensibilities but the fact remains: Black people are there. They are visible. They have an identity.

The later footage is in the form of complete short films – mostly documentaries and TV magazine programmes, whose content ranges from the quirks of multicultural living – one white foster mother smilingly laments that cutting the hair of her Black child is ‘a little bit beyond me,’ – to the violent consequences of a racist police force, which 21st century Britain still grapples with. The film Coloured School Leavers focusses on a cohort of Black teenagers about to leave secondary school – a rare thing in 1965 when the film was made. The narration describes them, somewhat incredulously, as ‘English people who happen to be Black.’ As they contemplate a future of potential workplace discrimination and voice their aspirations, the fact that 50 years later many Black teenagers in the UK find themselves in a similar position is hard to ignore. The politics of Black hair, discrimination in the workplace, the threat of police violence – all these things form the web which Black people in Britain have had to navigate throughout the 20th Century, and continue to navigate today.

It is clear that the relationship between the police force and Black British people has always been strained. The 1964 film Black Special Constable sees various members of the (white) public in Coventry comment on the appointment of a Black Constable to the police force. Predictably, attitudes range from indifference, ignorance to one woman determined to make it clear that she ‘doesn’t agree with coloured people over here very much anyway.’ The single Black interviewee is ‘not really bothered’ by the whole thing. Conversations about police violence against Black people inevitably centre around the US, but if one thing is made clear in this collection of footage, it is that the police in the UK have a lot to answer for. Police in Britain killed, and continue to kill, black people in disproportionate numbers. Black people are victims of police violence at a disturbingly high rate, and the police force is an institution that has deep and long-standing problems with Black people and their treatment. The film Blood Ah Go Run (1982) was made in the aftermath of the ‘racist murder’ that was the New Cross Fire in 1981, in which 13 young black people (aged between 13 and 22) were killed. The rage that underpins this film is evident; the police and the press’s collaboration in refusing to acknowledge the murderous nature of the tragedy is enough to bring a bereaved and outraged community to the streets. Predictably, the police intervention, captured by this documentary, is unwarranted and violent. The ‘brutes in blue’ seem intent on violently subduing an already grieving and wounded people.

The film also offers celebration of the rich black history of Britain. Nigerian Wedding in Cornwall (1964) shows that the merging of British and Nigerian can be triumphant rather than incongruous. The newly married couple emerge from a quaint church in a suit and wedding dress, only to change into technicolour Nigerian dress for their reception. Their elaborate hats are oddly similar to the sculptural headpieces worn by the white women in the 1915 newsreel For the Wounded, as they appraise the black men from the West Indies who joined the armed forces to fight for the British army in the First World War.

In the light of this film it’s impossible to ignore that, even now, over 20 years since the most recent of these films was made, Black people are still far more likely to be incarcerated than white people, and young Black men like Rashan Charles and Edson de Costa (who both lost their lives in the last year) continue to die at the hands of British police officers. Black Britain provides no answers, but the people it documents are tough. The camera in Grove Carnival (1985) drifts benevolently through the kaleidoscopic, euphoric crowds at the Notting Hill Carnival. This time, people are gathering in celebration rather than in protest, and the necessity of combining and coordinating the two throughout 20th century Britain has shaped its Black community into what it is today. Violent injustice has followed Black people into this century, but so has their resilience – Black Britain is strong.